You may have seen are used my free Digraph Clip Cards or Digraph Sorting Cards for beginning and ending digraphs. Just recently, I even shared some printable digraph puzzles.

Well, today I’m so thrilled at how my Beginning & Ending Digraph Cards turned out that I just HAD to share them! 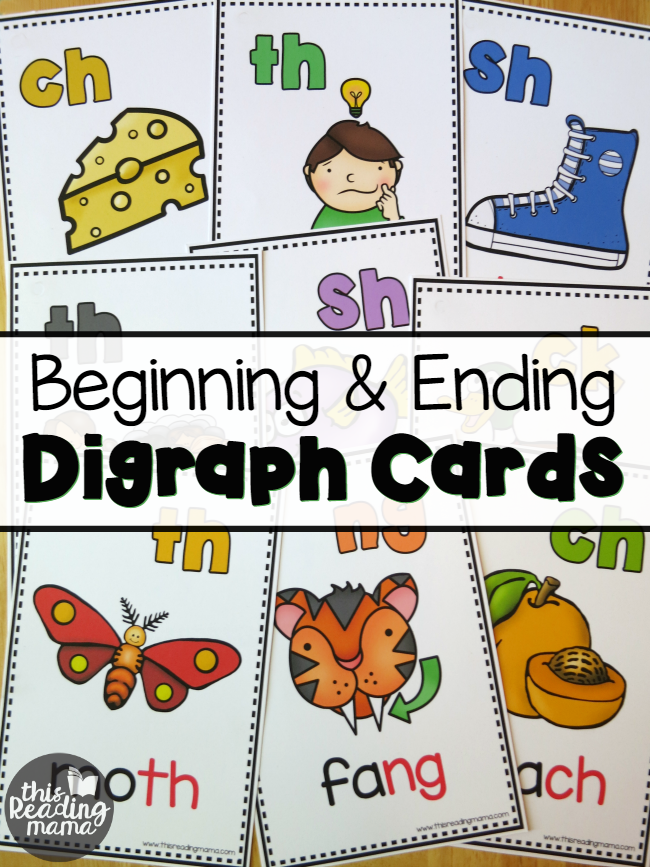 Before we jump too far in, I wanted to rewind and quickly explain what digraph means. A digraph is simply two letters that work together to make one sound. Some examples of consonant digraphs are sh, wr, or ck while examples of vowel digraphs might include ai, ea, or oa. 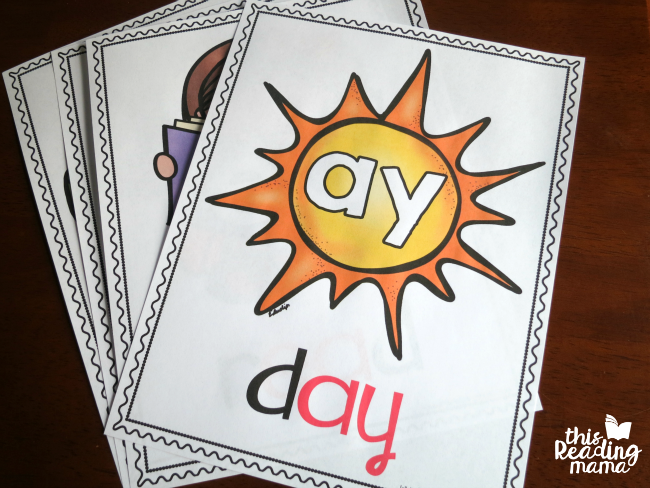 I have shared some vowel digraph freebies {also sometimes called vowel teams} in the past.

Print out the large cards, which are great for a wall, or print the smaller cards and put them on a 1-inch ring. To make them durable, just print onto cardstock paper and laminate. 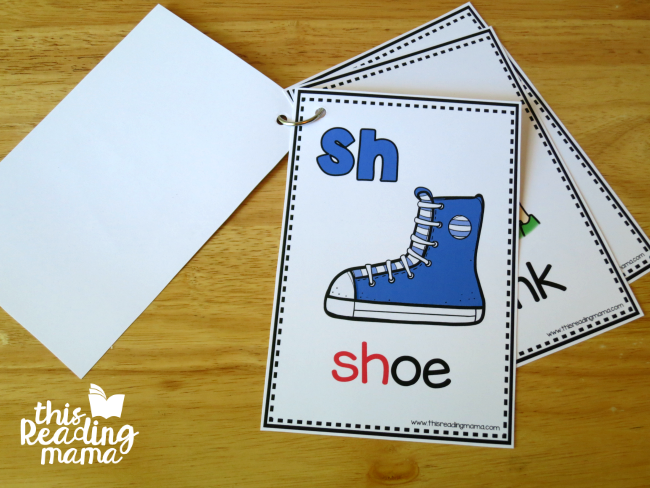 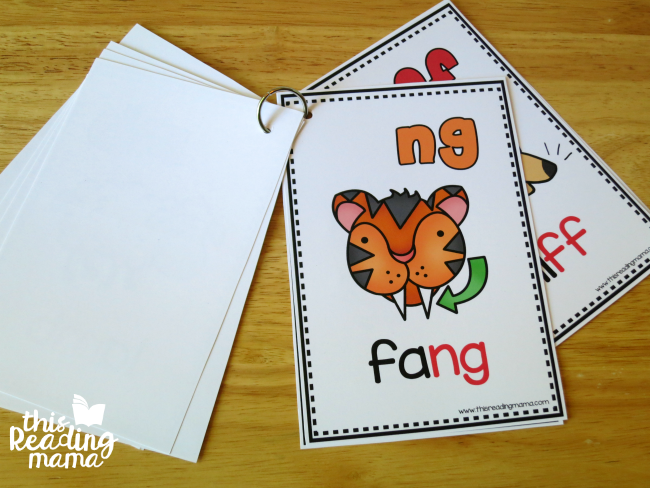 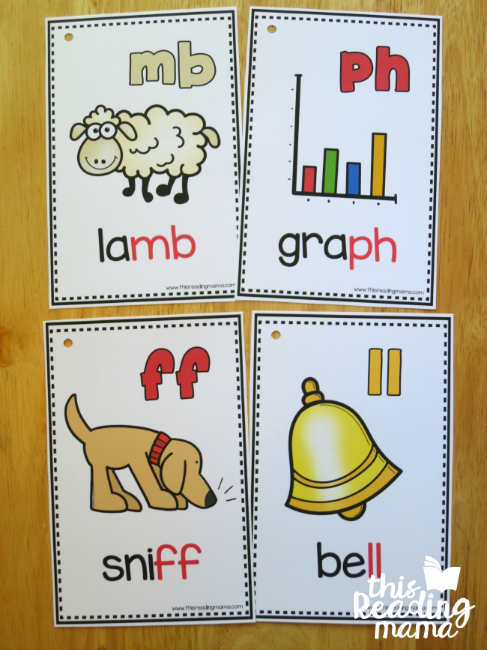 mb, gn, ff, ll, ss, & zz. I also added tch and dge to the mix, which are really trigraphs {three letters that make one sound}. 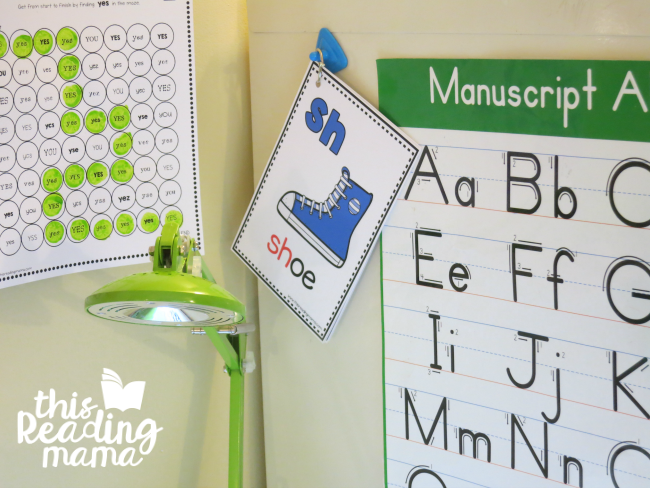 My daughter, who is working through my Learn to Read curriculum, has had sight words such as they, the, that, and she. Just recently, shut was one of her -ut words. I hung up a few of the beginning digraph cards at her desk to help visually remind her of the sounds of these common digraphs. {She still uses her short vowel cards, too!} 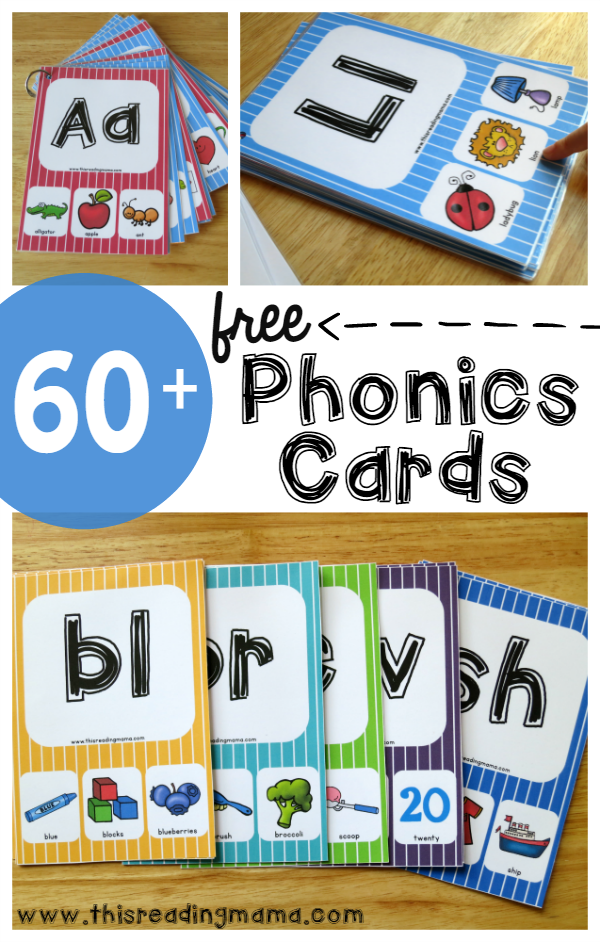 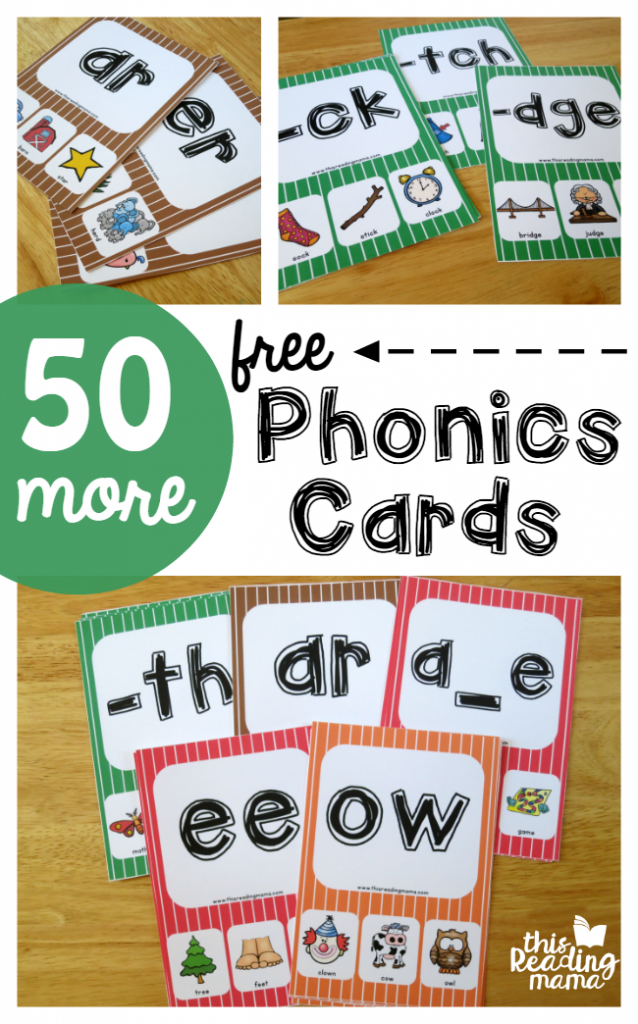 100+ phonics cards, which are subscriber freebies