These beginning and ending digraph picture cards {FREE download is at the END of this post} are perfect for some digraph sorting! Challenge kids to sort by two sounds, four sounds or even more. This activity is highly adaptable to meet the needs of the kids you teach. And that’s the beauty of picture cards. They are flexible and can be re-used over and over again, unlike a worksheet. 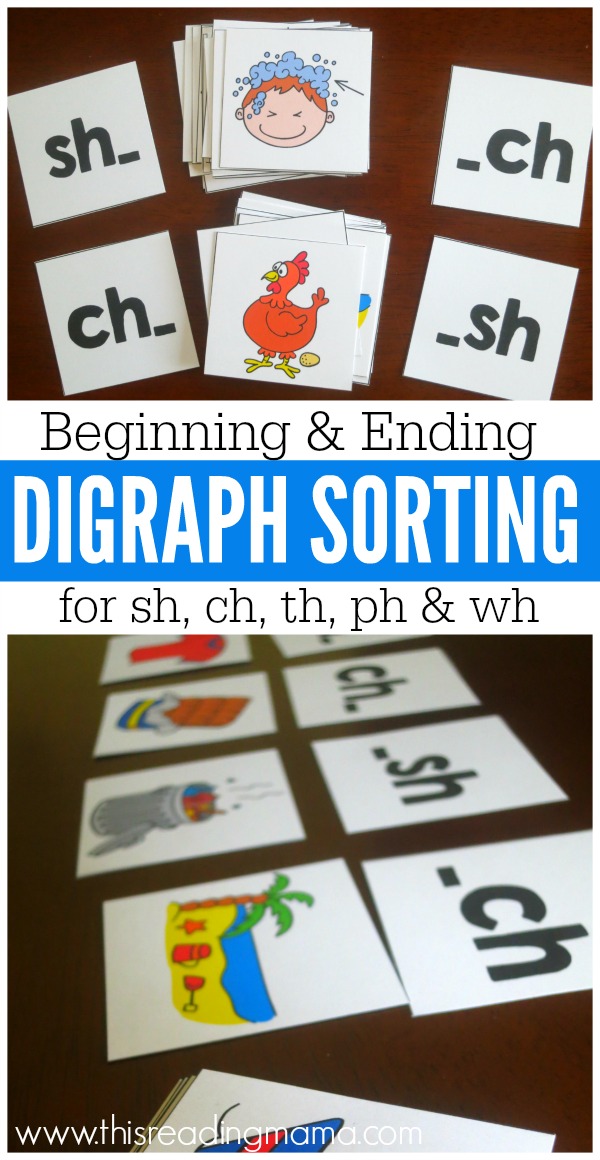 I’ll admit that our Beginning and Ending Digraph Clip Cards were a little easier for NJoy {age 6} than I thought they’d be, so I decided to bump it up a notch with these digraph sorting cards.

For example, you could sort just two or three different beginning digraph patterns or ask kids to sort the same digraph, either by beginning or end {example ch_ vs. _ch.} 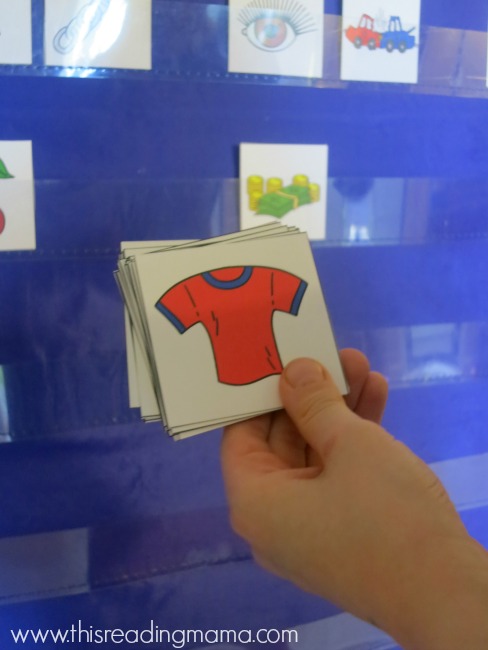 This was more NJoy’s speed and provided just enough challenge to keep him engaged in sorting the digraph cards on our pocket chart. 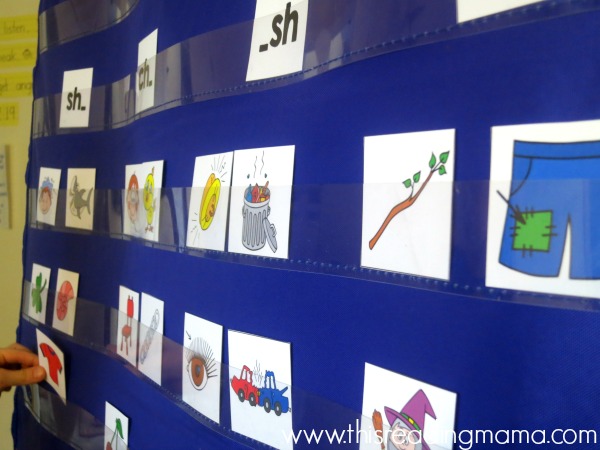 I chose beginning sh_, ch_, and ending _sh and _ch, but will definitely be using the other digraph picture cards with him soon, as he could use a bit more practice. 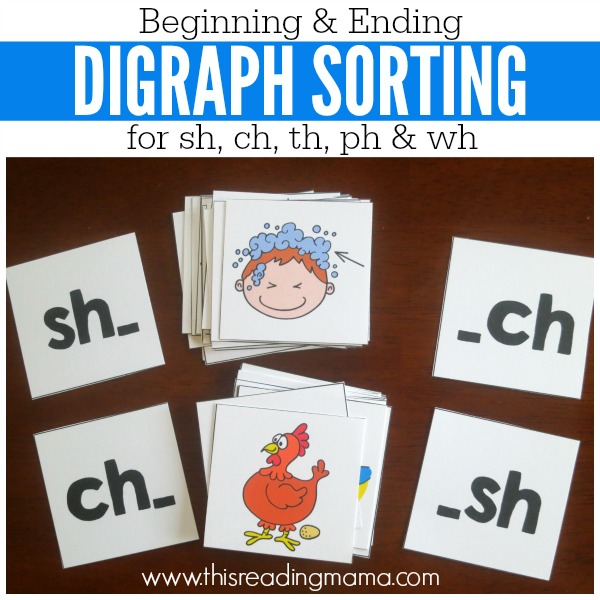