If your child needs some extra practice with digraphs, these digraph clip cards should be of help. Like I mentioned before, my Kindergartner and I have been working through blends and digraphs. While blends have come easier, digraphs have provided more of a challenge. For one, blends are easier to hear as they are two individual sounds. Another reason is that he has a bit of a speech delay that makes the digraphs harder for him to say, which affects how he hears them as well. 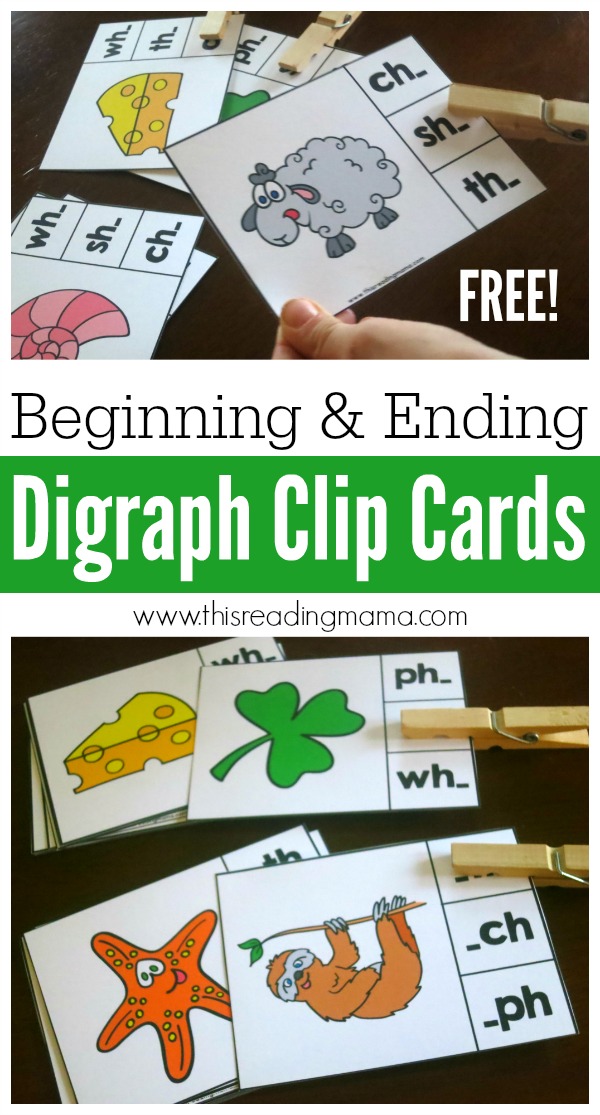 He’s seen his sister work her Beginning Alphabet Sounds Clip Cards and her Rhyming Clip Cards and now, it was his turn to give it a go with these Beginning and Ending Digraph Clip Cards {free download at the end of this post.}

In order to include some good fine motor work, students take clothespins and clip the digraph that matches the image on the left side of the card. If you don’t have clothespins, you could improvise by asking kids to use wooden tongs and pick up small objects like pom-poms or dried beans and place them on the correct digraph. 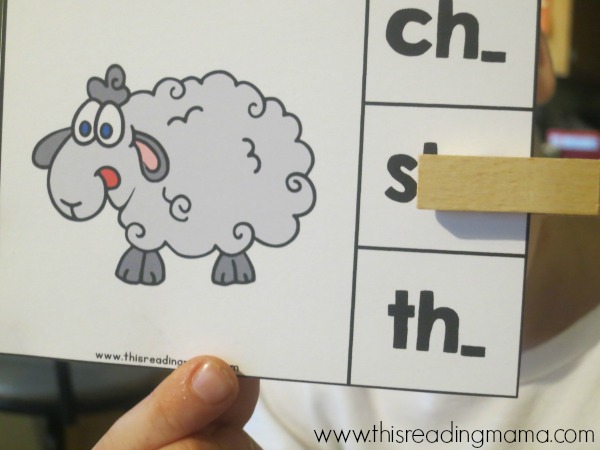 Including SHEEP was a must, as this is his favorite animal {he has a couple of sheep stuffed animals that are his life-long buddies.} 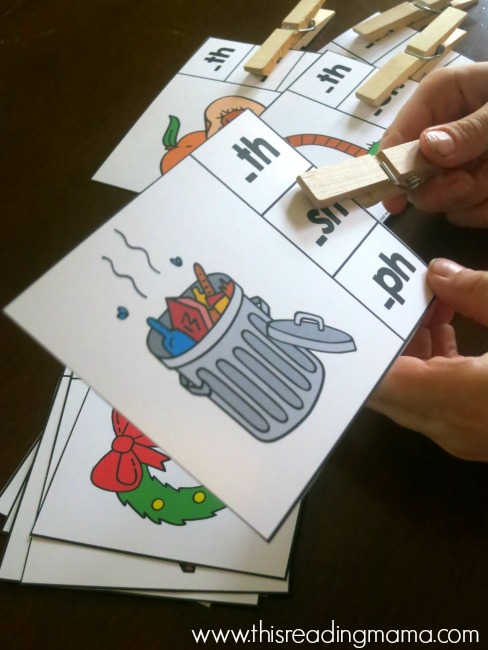 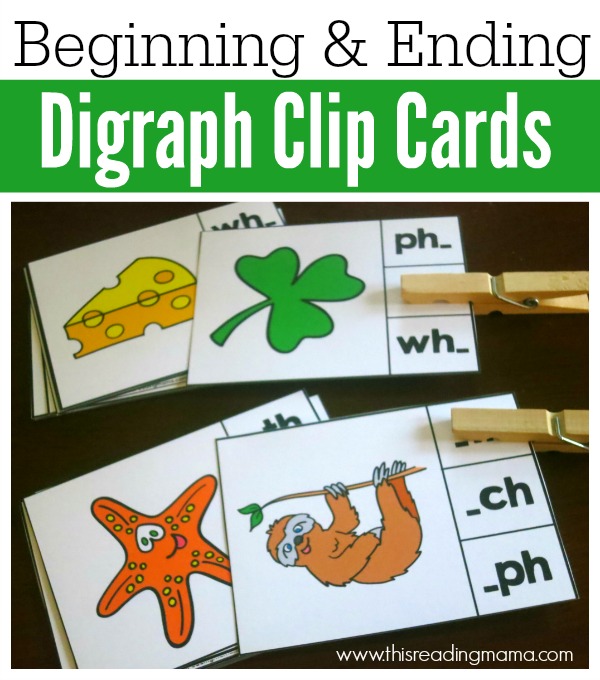