Learning alphabet sounds is a vital part of learning to read. And while it’s important to know which letters are associated with each letter sound, it’s also fun to sometimes take the letters “out” and just play with alphabet sounds. This is particularly helpful for students who are reluctant or struggle a bit with the letters themselves.

Playing with and listening for individual alphabet sounds in words without the visual letter is called phonemic awareness. While that sounds like a teach term {it is}, phonemic awareness is one of the best predictors for beginning readers. Once kids get beginning sounds, playing with the ending sounds and middle sounds comes next, as we share in our 7 day reading series on beginning readers. 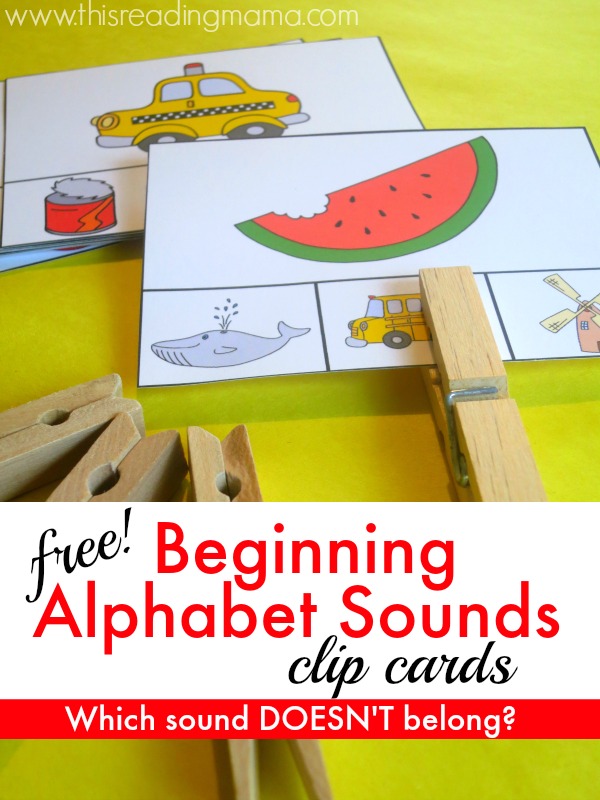 That’s what these free beginning alphabet sounds clip cards are designed to do; they help kids LISTEN for sounds in words, but in a hands-on way that doesn’t require worksheets or workbooks!

You can find our Beginning Sound clip cards for matching beginning sounds at Free Homeschool Deals and more at The Measured Mom. These clip cards take listening for beginning alphabet sounds a little further by asking kids to listen for the sound that DOESN’T belong, similar to our Rhyming Clip Cards set. 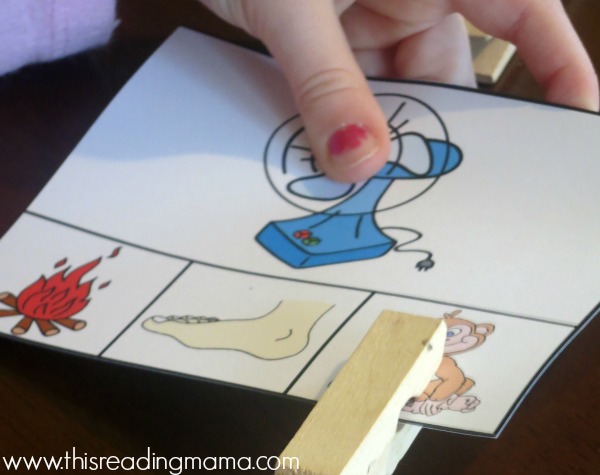 Gather up your clothespins and work on fine motor skills at the same time {and added bonus!} If your child is ready to try these rhyming cards, but struggles to use the clothespins, use small pom-poms, Power Magnets, or circle counters to place on the correct image. These will still help with those fine motor muscles if you show your child how to pick the manipulatives up by pinching with their pointer finger and thumb. 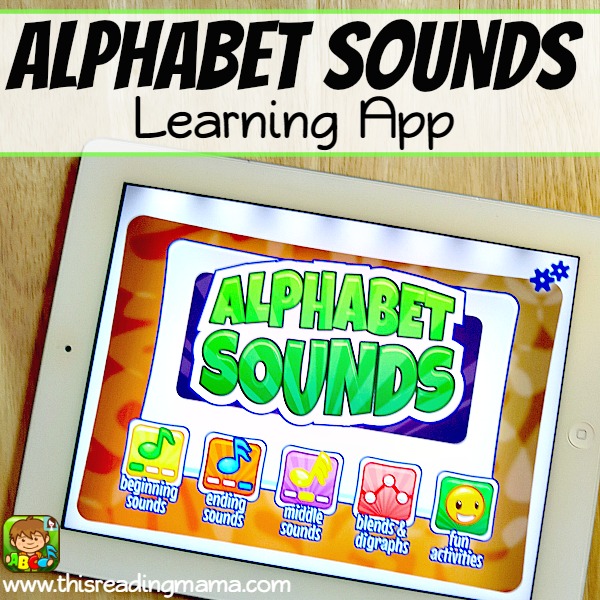 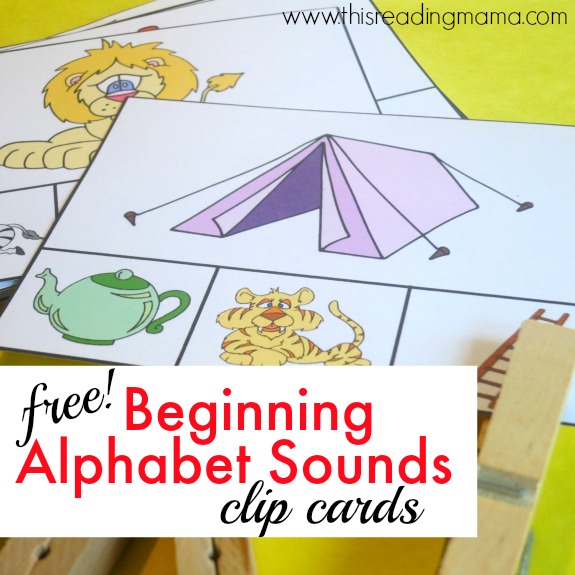