Picture cards are a must in early literacy learning. Using picture cards without displaying the letters or words that go with them is a fantastic way to build a child’s ear to listen for sounds within words {known as phonemic awareness}, which prepares kids for reading AND writing success.

And there are SO many things you can do with picture cards. You can sort them by beginning sounds {we do this in every lesson of Reading the Alphabet}, listen for vowel or ending sounds, and much more, like I shared at Imagination Soup. 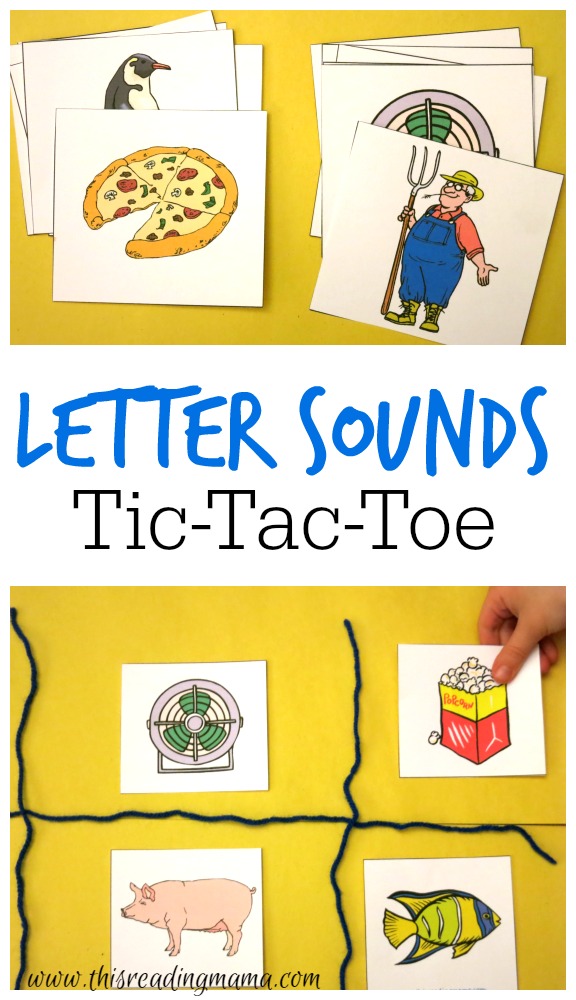 These past couple of weeks, MBug {age 4} and I used the Letter Sounds Picture Cards from our Updated & Expanded Reading the Alphabet curriculum and Letter Sounds Tic Tac Toe. It was a highly effective way to get her to listen for, match, and strategize with beginning letter sounds.
*This post contains affiliate links.

To prepare this activity, print picture cards for two letters. If you have a child who is not completely solid in letter sounds, I would recommend picking two letters that are very different sounding and felt differently in the mouth. Letter sounds that are made in a similar place in the mouth (such as B and P) may be confusing to young learners. You can read more about that here. We have played this game twice now. One time with T/F pictures and one time with P/M pictures. 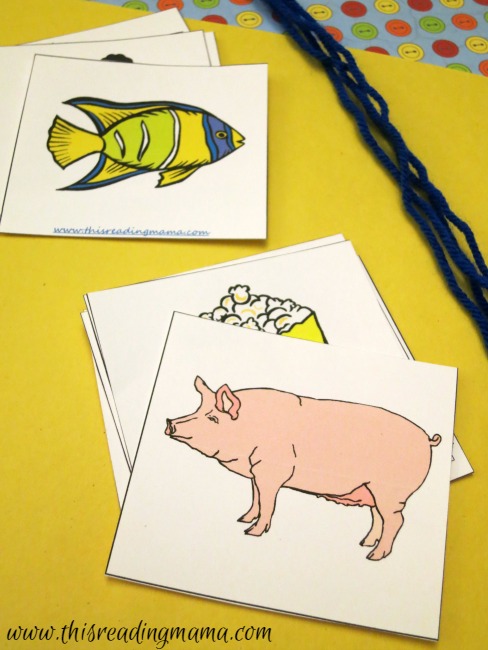 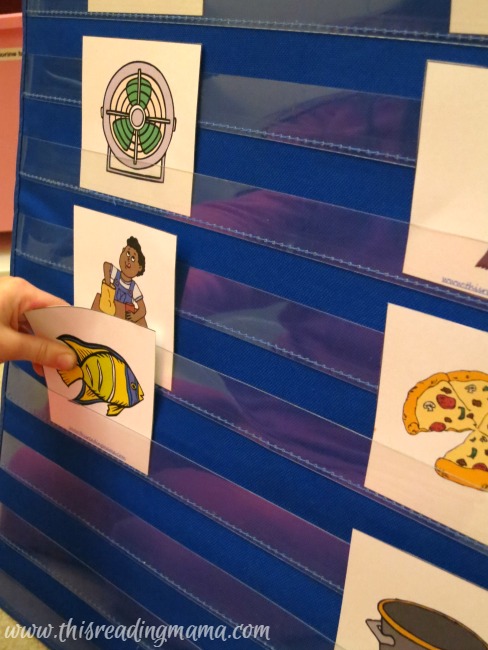 Before we played the game, we also went through all the pictures and sorted them by beginning sound. This was to ensure that she understood what each picture represented and what sound it started with.

The strategy of Letter Sounds Tic Tac Toe works exactly as original Tic Tac Toe. Instead of using X’s and O’s, you just use the picture cards {with each player using a set of picture cards}. 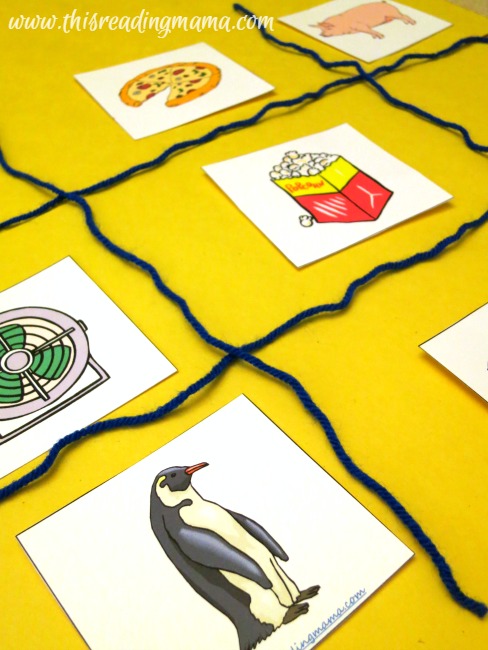 To reinforce the beginning letter sounds, we played so that each of us had to name the picture as we placed our picture cards on the grid.  The game was highly effective in listening for and identifying beginning sounds because in order to use the strategy of the game {getting three in a row and blocking the other player}, each player had to rename objects and listen for beginning sounds again. She did VERY well with this. Better than I thought she would.

Her biggest brother {3rd grade} also played a couple of games with her after watching us play…and she actually beat him one time! 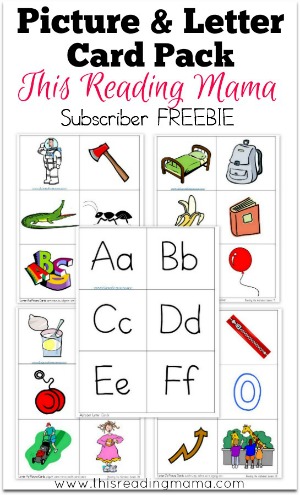 Find letter sound picture cards in this subscriber FREEBIE set. There are 6 picture cards for every letter of the alphabet, similar to those from Reading the Alphabet. Subscribe to This Reading Mama’s Newsletter to receive these and MORE other subscriber freebies! 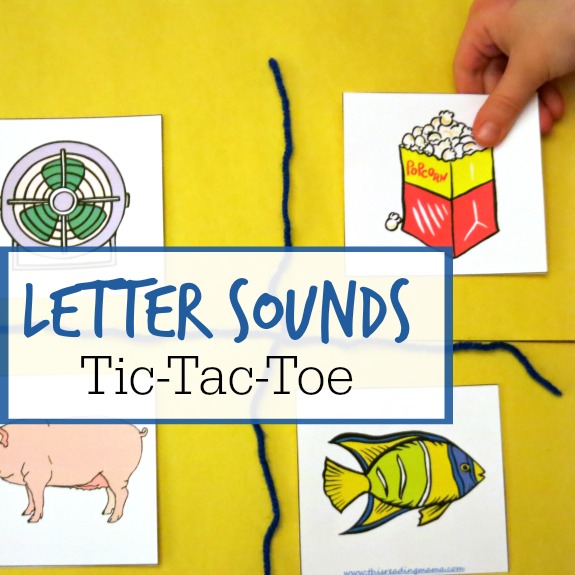 « Apple Cut it Out! Pack
Back to School Reading Ideas »