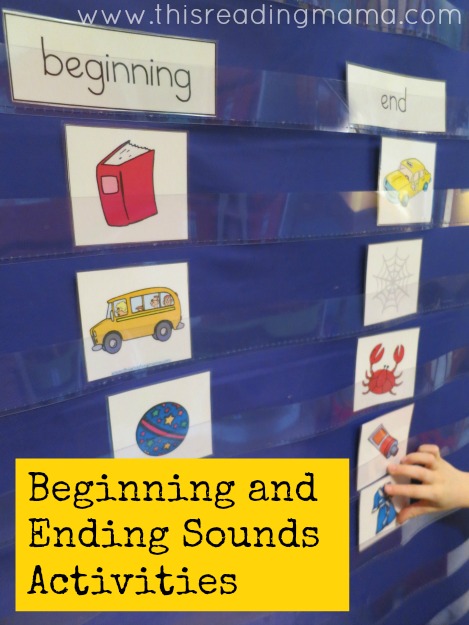 Lately, I’ve noted that NJoy {5 years old} is really beginning to blossom as he listens for sounds in words, especially when spelling words. So I created a beginning and ending sounds listening activity pack I call, “Where’s That Sound?” for him just to see exactly what he could do. I used pictures and sounds only, not the visual letters because I just wanted to see what he could do by listening only {also known as phonological awareness}.

The first thing I did was print off a couple of beginning and ending letter sorts from the free download. {Click to download at the end of the post.} We used our pocket chart this activity, but you could totally use a table top or floor space if you don’t have a pocket chart. At the top, I placed the words beginning and end so he had a place to sort the pictures. 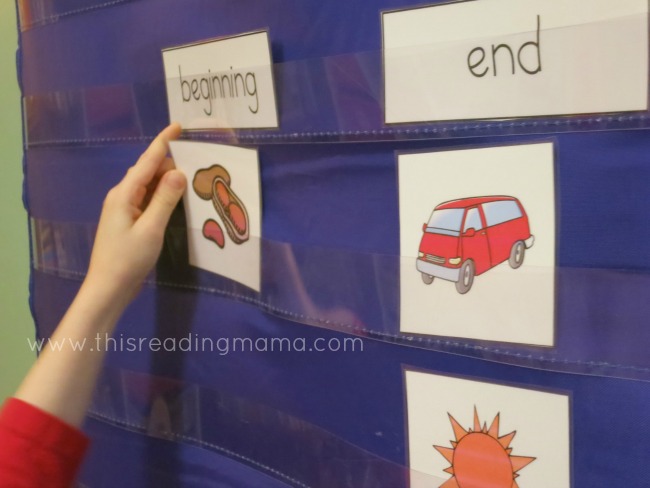 Using only one letter sound at a time, I would say something like, “We’re going to listen for where we hear the /b/ sound in this word. If we hear it at the beginning, we’re going to sort the picture under beginning. If we hear it at the end, we’re going to sort it under end.” I modeled how to do it with one card, then I named each picture one at at time while he sorted the rest. {There is a picture key for each set of picture cards to ensure the vocabulary is consistent.} He did very well with the beginning sounds and did fairly well with the ending sounds, too. On day 2, we did the exact same thing with the letter n sound and picture cards. He was a bit more confident with the ending sounds on day 2.

On day 3, I placed the beginning and end cards on the floor. I printed off and laminated several different letter sounds from the free packet {see below}. This time, I asked him to point to either beginning or ending, depending on where he heard the sound in the word.

For example, I said, “Where do you hear the /g/ sound in goat?” To see this activity in action, please click on the youtube video you see below. {I really don’t know what he’s giggling about in the video. He’s just a happy child and loves life!} He did very well with this. I was pleased to see his understanding of the concept. 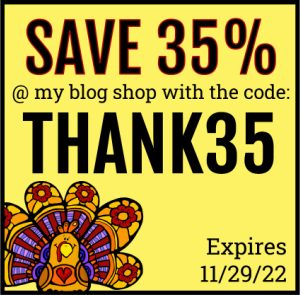