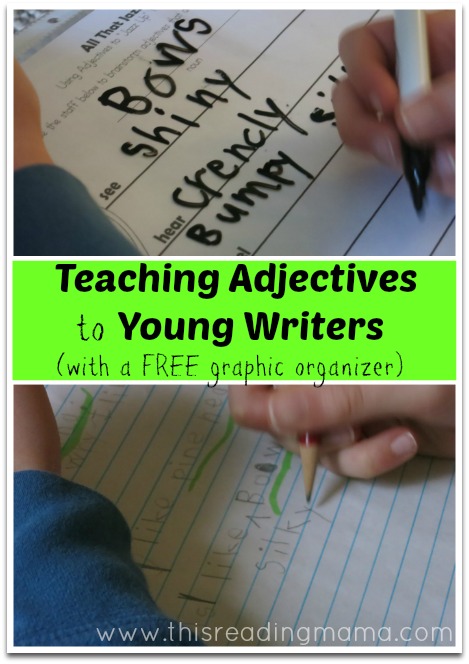 Recently, ALuv {2nd grade} was using my free December Writing Prompts to help him pick a topic for writing. He decided to take the “Christmas tastes like…” prompt and run with it (similar to his Popcorn Poetry). He chose to write a poem using all of his five senses: Christmas smells like, Christmas looks like, etc. When he finished his draft, he had a very simple and cute poem. I asked him if it would be okay if we worked together to make it sound…well, a little more like 2nd grade work by adding adjectives. His question: “What are adjectives?” 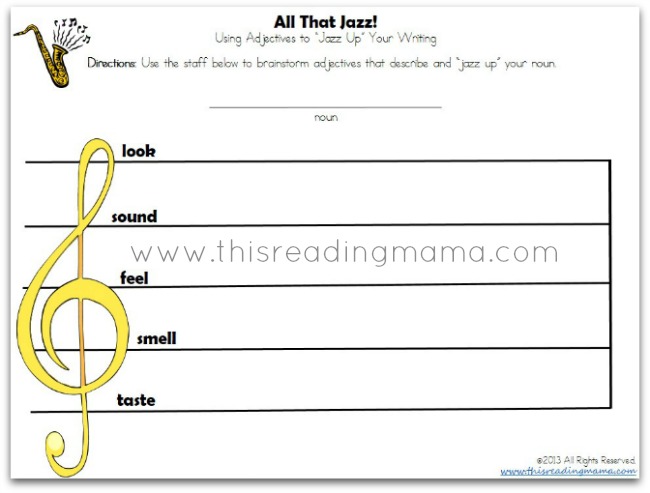 I made up a free graphic organizer for teaching adjectives that was music-based. He has just started taking piano and is really into learning the notes on the staff. {free download link at the end of post}.

I sang a simple version of Jingle Bells for him. “We can hear a very simple version of Jingle Bells and think, ‘Okay, that sounds good.’ But a musician (maybe even a jazz musician) could come along and ‘jazz it up’ by adding other notes and making the piece sound a lot more interesting.” I sang a little riff of Jingle Bells a little more “jazzed up” so he could hear the difference. “And that’s what adjectives do. They make our writing sound more interesting to us and to the reader. They help the reader understand what we’re writing about.” 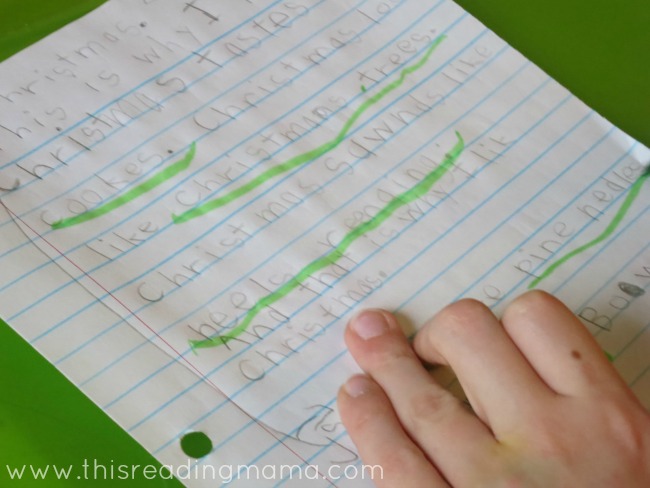 First, I asked him to go through his rough draft and find all the “boring” nouns and underline them with a marker. 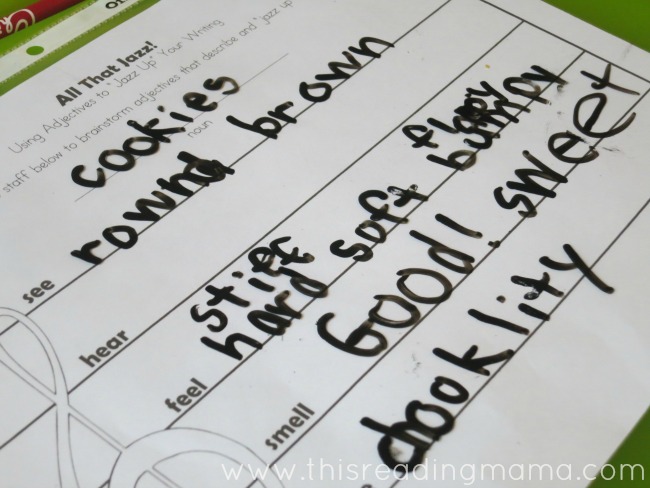 Then, he picked one noun he had underlined to write on the top line of the organizer {we slipped it into a plastic sleeve protector so he could re-use. Together, we brainstormed what the noun looked like, sounded like, smelled like, felt like, and tasted like. He wrote adjectives on each line. {Note that not all nouns will lend themselves to each of the five senses.} 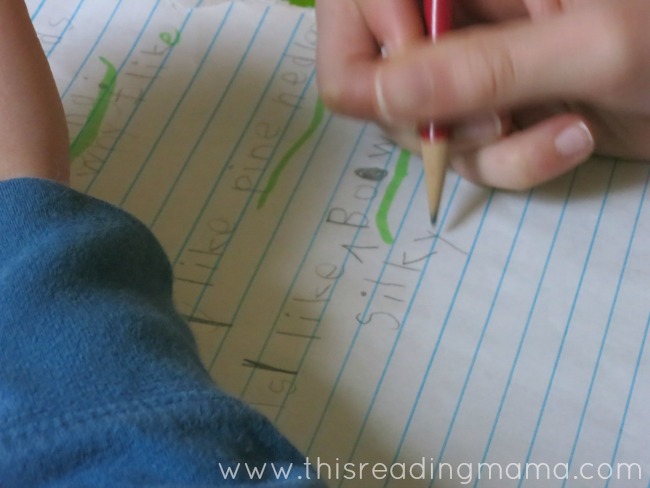 Once all the adjectives had been written, he picked the one that would best fit in his poem. He then inserted it into his poem, making it sound more interesting. He did this for several of the nouns in his writing, brainstorming adjectives, picking one (or two) for his poem and inserting them. What resulted was a more “jazzy” poem that he was quite proud of! 🙂

Download your FREE copy of “All That Jazz” Graphic Organizer HERE!