So we spent some time doing a few of these beginning letter sound sorts and I was absolutely shocked at how well she responded! 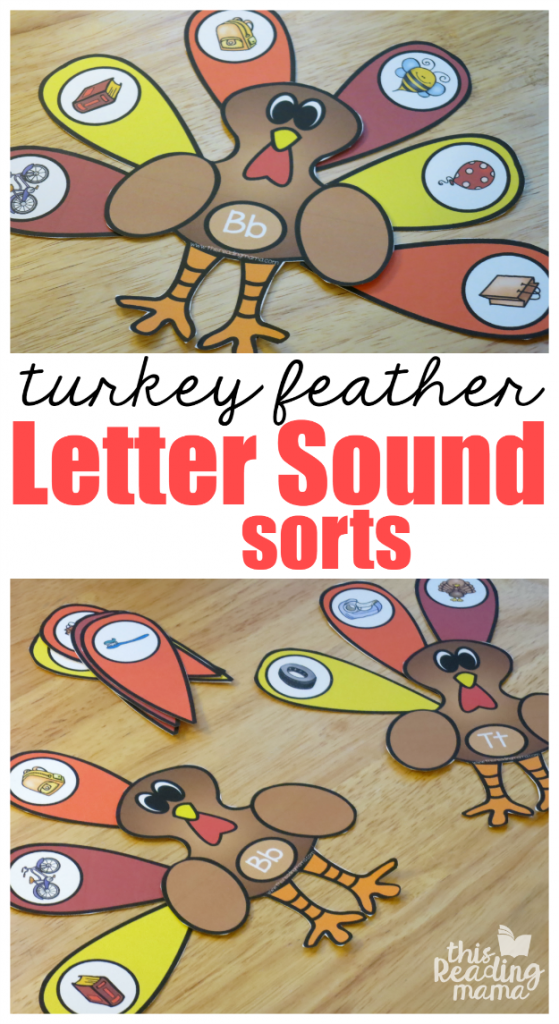 Note: This free pack only has beginning consonant sounds, not vowel sounds. Only the paid pack has the vowel sounds plus MANY more phonics patterns.

There are three keys to making this activity a success: 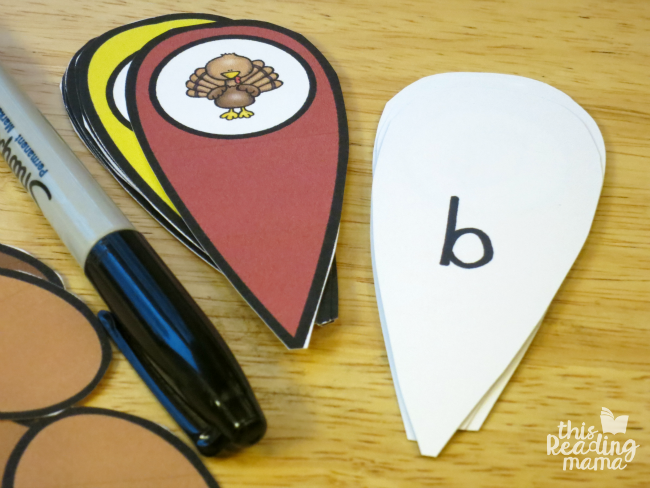 Copy each turkey you want onto cardstock. Laminating also makes the activity more durable. I like to use marker and label the back of each turkey feather with the letter that corresponds with the image on the front to make it self-checking for the child. 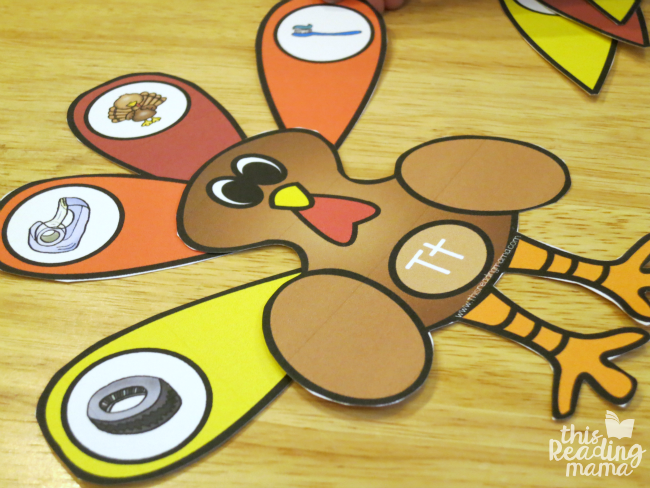 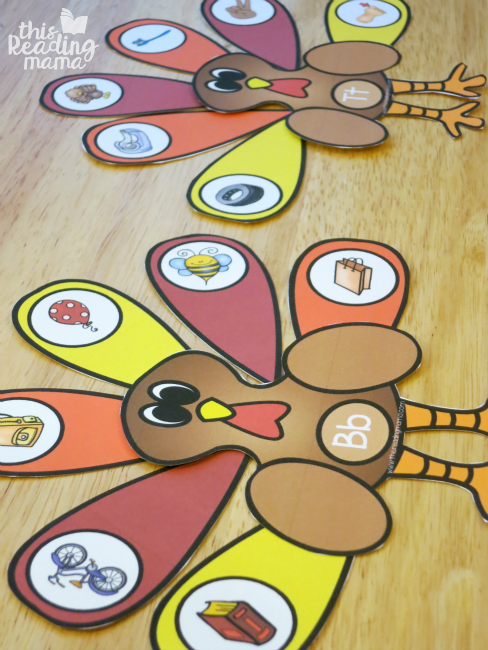 Lay out each letter turkey.  One-by-one, identify each image on the turkey feather and its beginning sound. If this is new for a child, I like to say the word like, “/t/-/t/-toothbrush,” saying the beginning sound a few times for emphasis. 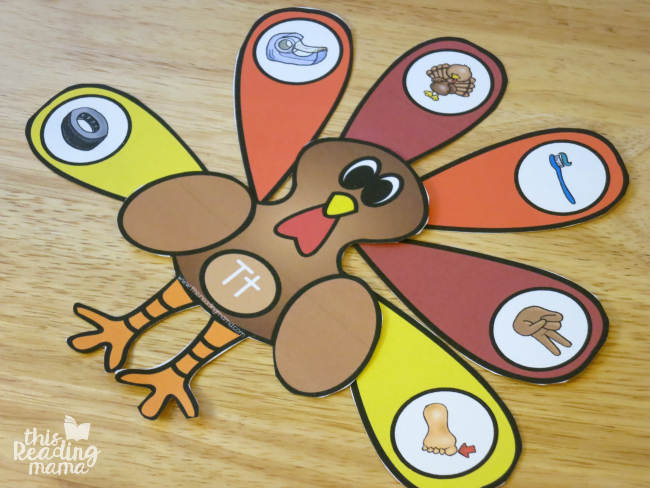 If your child isn’t ready for two letters, just work on one letter turkey! It’s still a fun way to play with letter sounds. 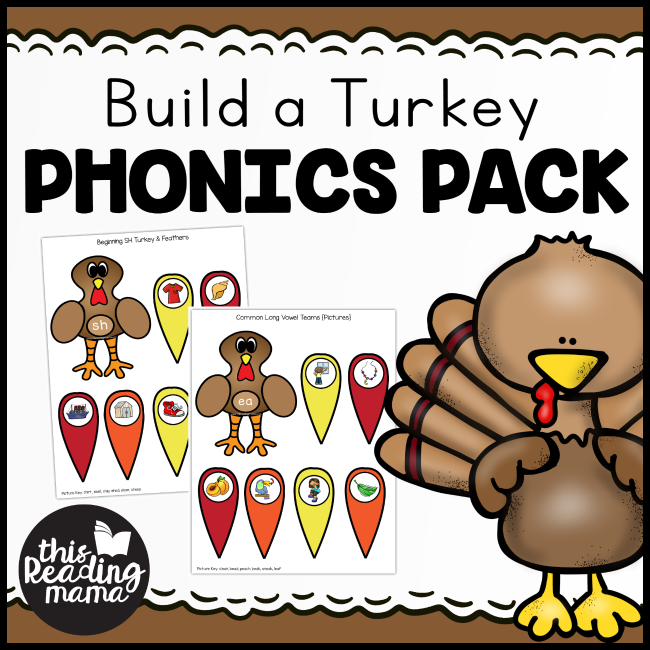 Purchase from My Shop or
My Teachers Pay Teachers Store