I can vividly remember being SO confused when comparing numbers as a young student. Which way did that greater than/less than sign go anyway?!? Comparing numbers can actually make sense for kids when it is interactive and hands-on, like the simple activities included in this FREE pack! 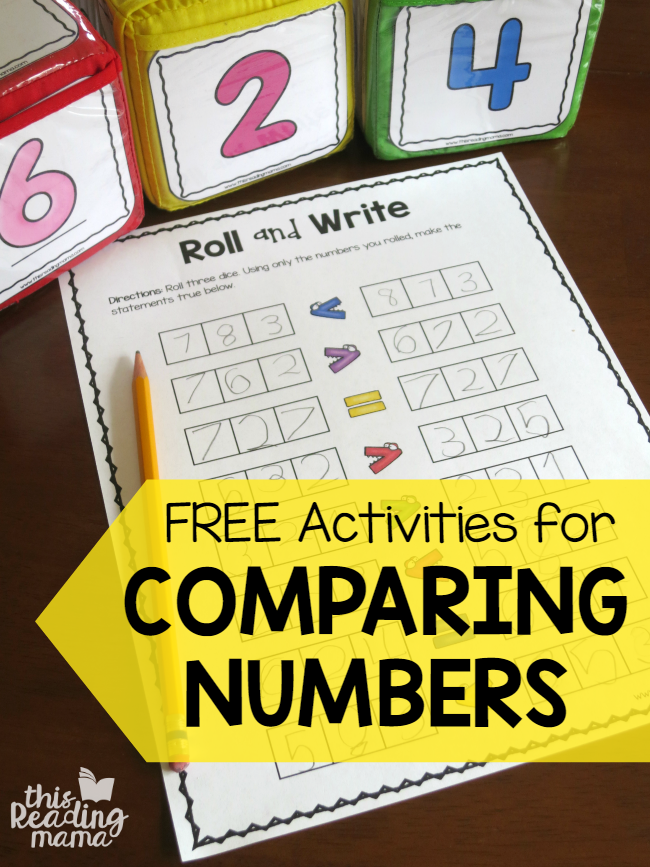 Activities for Comparing Numbers in the Hundreds

This year, I’ve been designing/writing a reading curriculum for my Kindergartner, so I “cut corners” and bought her a 1st grade Sylvan math workbook for many of her math lessons. Although there are some games and more hands-on pages in the book, I love to change it up and create more interactive lessons that get her out of her seat when I can squeeze in some extra time.

And that’s what we did with these comparing numbers activities. She just made the leap to 3-digit numbers, so I wanted to give her a little extra fun!

It took us four days to work through these activities. On all of these activities we used our Photo Stacking Blocks. I would honestly buy Carson Dellosa Differentiated Cubes because they are WAY cheaper and work, too. You could also just use dice, but be aware that you won’t have numbers 0, 7, 8, or 9.

On day 1, she rolled a 3-digit number and build it with base ten blocks. We also practice reading the number out loud. 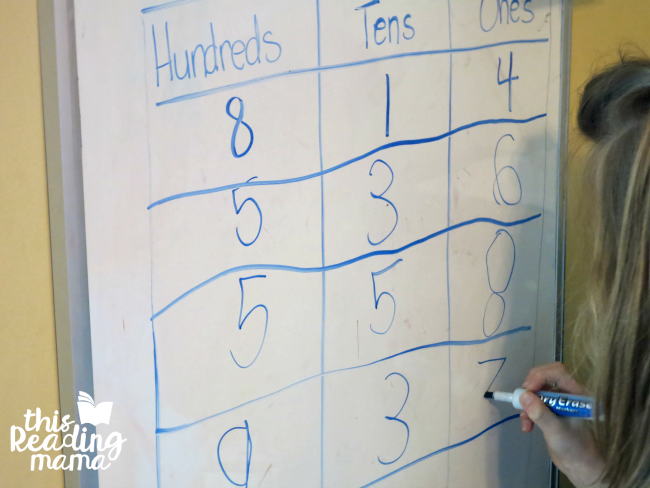 Then, she wrote the numbers she had rolled on our dry erase board in a chart with the hundreds, tens, and ones columns.

After she had filled in the entire chart, we had a little discussion about the numbers. I asked her to do things like point to the number with a 9 in the hundred’s place or point to the two numbers with a 3 in the ten’s place. She was very successful at doing this with me. 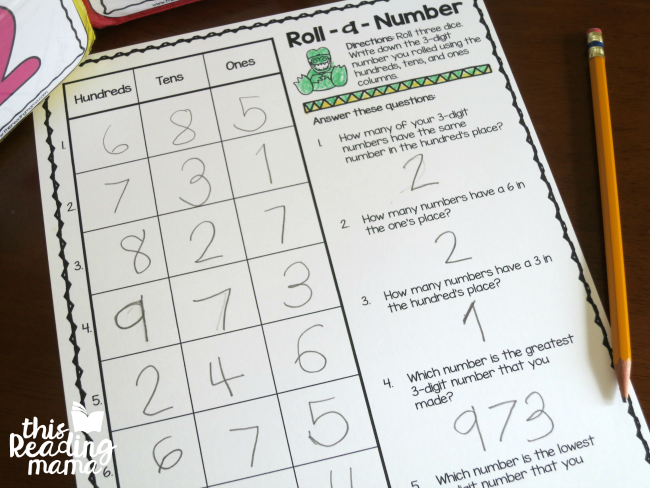 On day 2, she did the same activity from day 1, but with more independence. Questions 4 and 5 were done with me, but after we talked about how to figure out the greatest or lowest number, she had it! 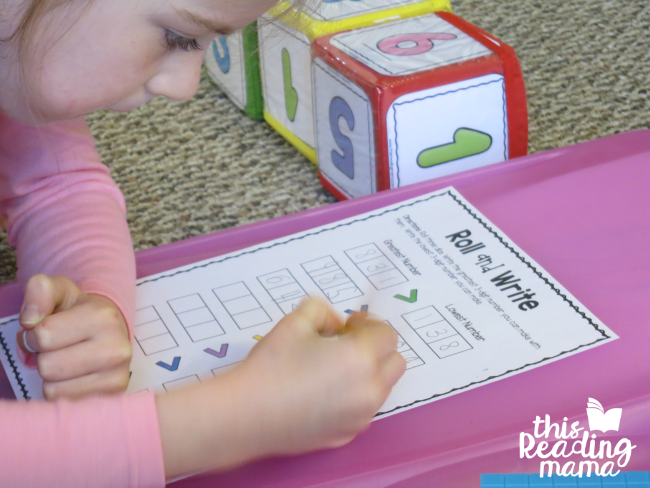 On day 3,  she rolled the cubes and created greatest and lowest numbers with the 3 digits she had rolled. She still had the base ten blocks just in case she felt she needed them.

After the first few times, she figured out that she only had to switch the numbers in the hundred’s and one’s places to get the lowest number after creating the greatest number. {We love our collapsible lapdesks for doing schoolwork on the floor!} 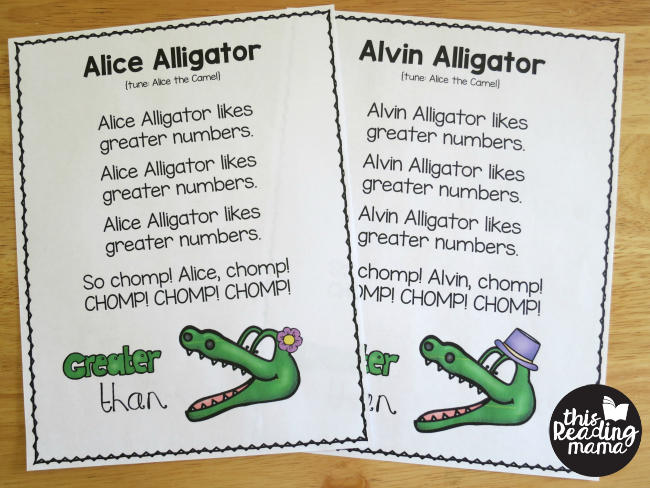 On day 4, we took it a step deeper. We sang our Alice Alligator Song {I also have an Alvin Alligator, if kids prefer that} and talked about what it meant for a number to be greater than another number. I pulled out the base ten blocks again and demonstrated. 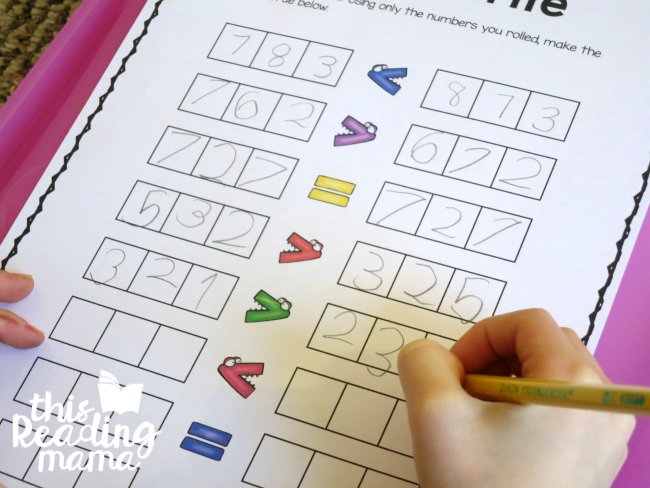 This roll & write page asks kids to roll the three number cubes first. Then, using only the 3 numbers rolled, they have to create greater than, less than, or equal to statements that are true. This was a little more challenging for her, but once I demonstrated a time or two, the light bulb came on.

We are certainly not finished with comparing numbers, as I didn’t include the zeros in her cubes, which I think would add a little extra challenge. 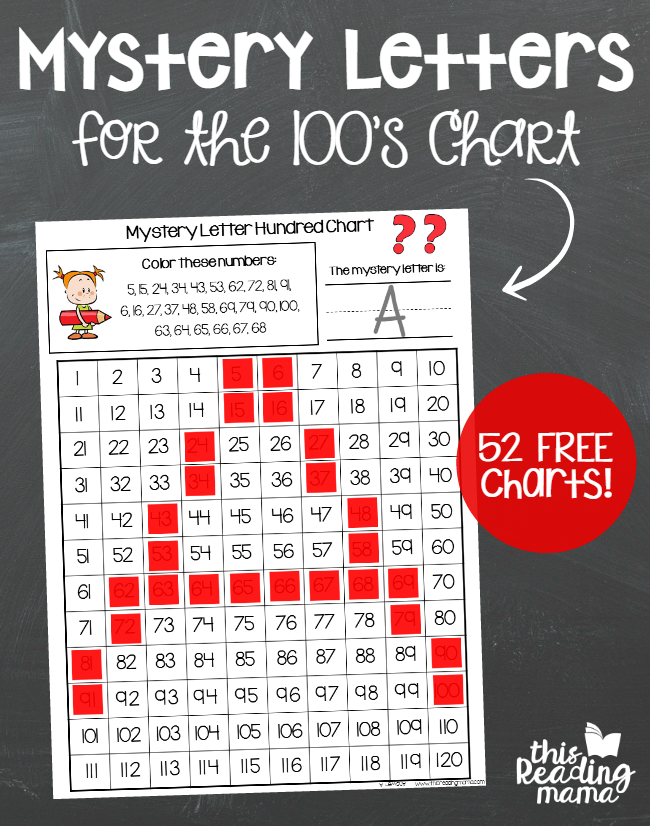 Mystery Letters for the Hundreds Chart 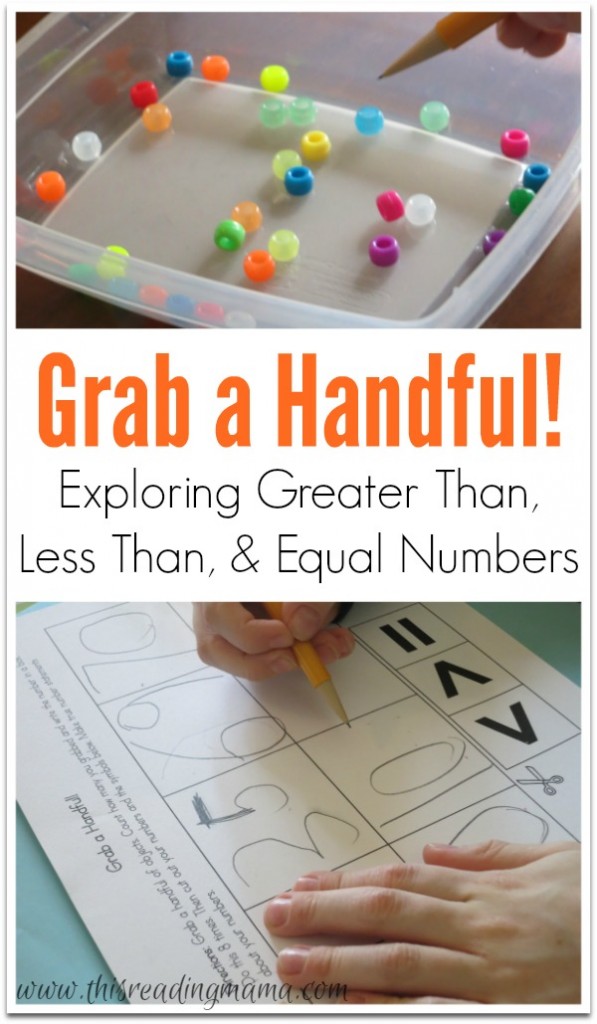 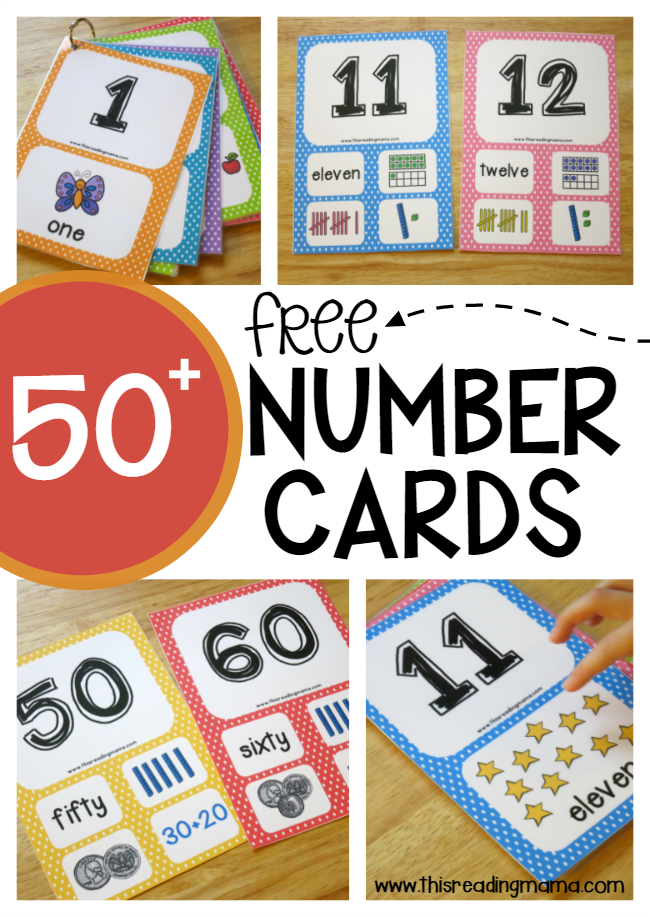