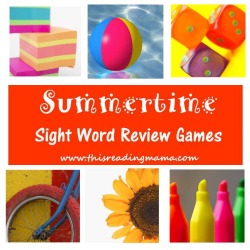 Welcome back to Summertime Sight Word Review Games!  If you’ve missed any of these easy games, click on the image above or here to see them!

Do you remember playing with cootie catchers as a young child?  I do…except we didn’t call them “cootie catchers”.  We called them “fortune tellers”.  It was so much fun to fold them up and play with friends for hours on end.

ALuv came home from church a few Sundays ago with one in hand and my mind starting going.  What if we used a cootie catcher to practice his sight words this summer?  So, that’s just what we did! 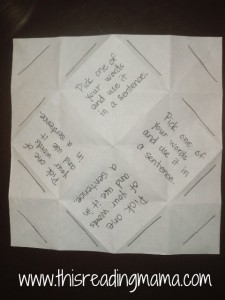 I folded it up (you can view how to fold one here), then unfolded it to place the blanks for 12 of his sights words.  In the middle, I simply wrote “Pick one of your words to use in a sentence,” but I have other variations later in the post. 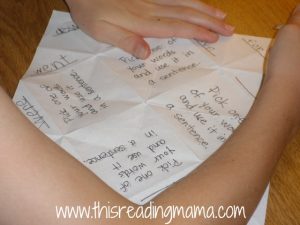 He filled in the blanks with 12 of his Word Wall words.

I refolded the cootie catcher and he held it.  I picked a word on the outside/top for him to spell aloud.  He opened and closed it, spelling each letter of the word. 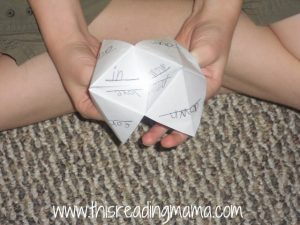 Then, I picked a word from the inside flap for him to spell. 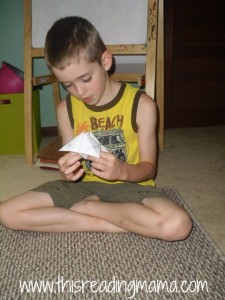 Again, he opened and closed it as he spelled.  I picked one more word from the inside flap.  He read it then lifted the flap and picked one word to use in a sentence.  We took turns doing this for roughly 5-10 minutes.

The best part?  I’ve “caught him” playing with it several times since then, reviewing his sight words.  Hehe.  If only I could sneak learning in this easily all the time…

If you want to see a few more learning ideas with cootie catchers, check these out!  You’ll find some great suggestions for other ways to use them: