Be sure to check out our updated Print & Play Alphabet Sounds Games pack, too!

Please note that these games emphasize ending SOUNDS, not specific letters. For example, some of the images chosen for the k sound end in -ck, but it’s not the letters we’re after; we’re only listening for the SOUND of /k/, also known as phonemic awareness. 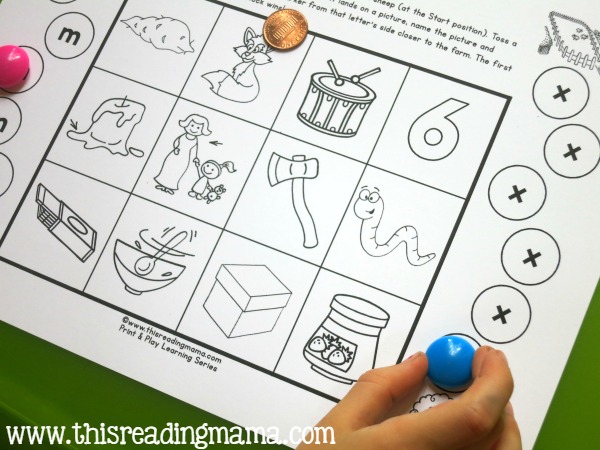 This time, MBug played most of the games by herself, but you can see how to adapt this game for 2 players in the download {pg. 1} or in our Beginning Sounds Games post. 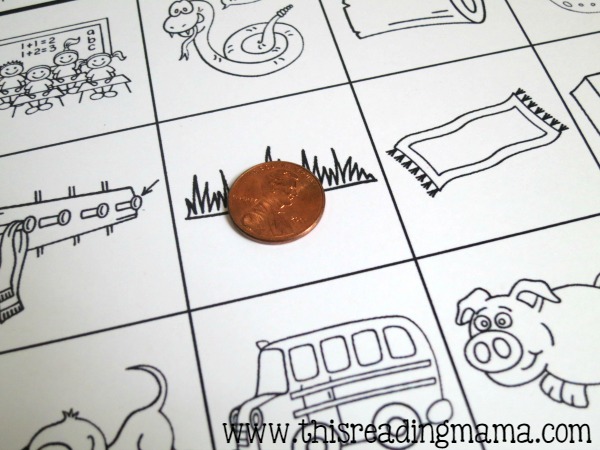 Before playing, I picked a couple of our Power Magnets {pennies, beans or other small objects also work} and instead of a transparent counter, we used a penny to toss on the game board to work in some money vocabulary. 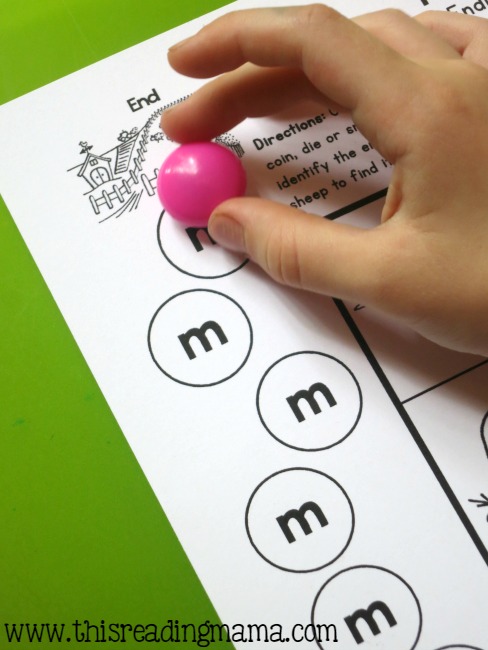 Once she tossed the penny on the game board, she named the picture {a picture key is included in the download} and the listened for the ending sound. Then she moved her Power Magnet forward on the game board for that letter. The first sheep to reach its flock is the winner of the game. 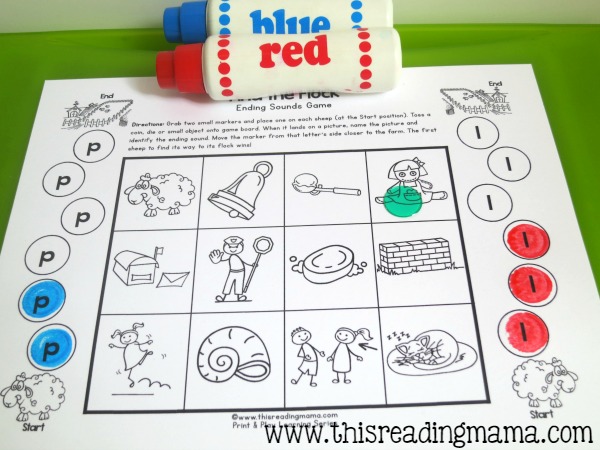 Another fun adaptation she always enjoys is using our Do-a-Dot Paint Markers. 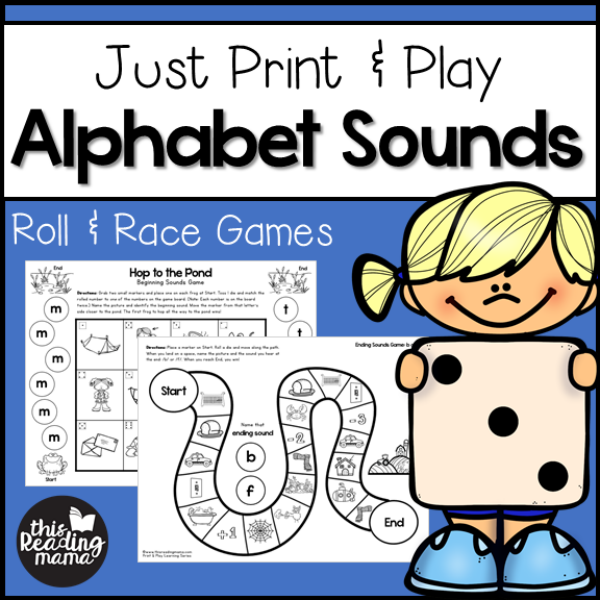