I used the three-cueing system for YEARS when I taught beginning and struggling readers using level readers.

Even when I got my Masters in Reading, it wasn’t frowned upon. That was nearly 15 years ago, but the word on the street is that it’s still being taught to graduate students.

Today, I want to talk about what we got wrong. What I got wrong. And what I understand about good reading now. 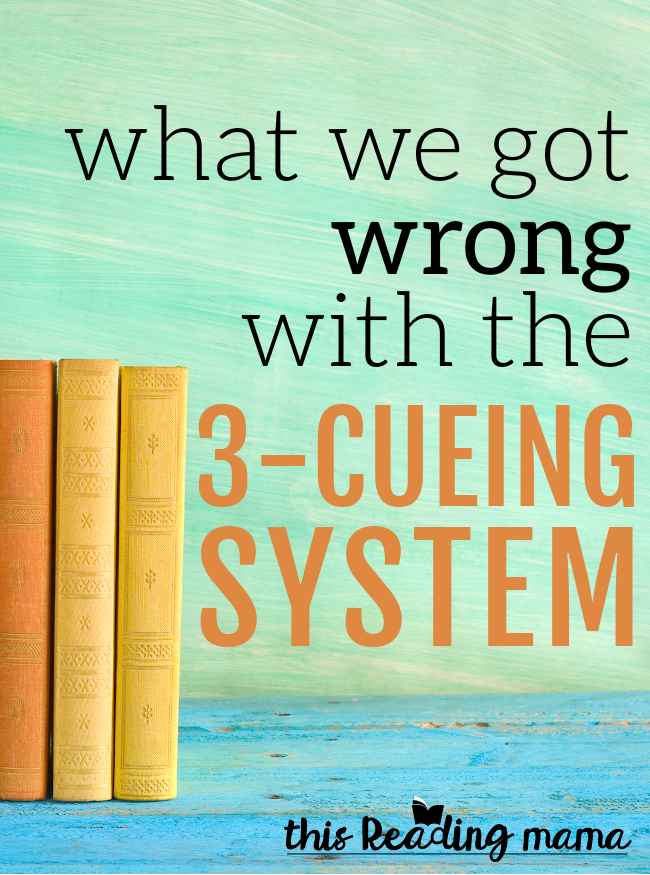 Three-cueing got its start with Ken Goodman and was also used by Marie Clay. After observing readers, Goodman and Clay both believed that readers guess at or identify words by using three cues: Meaning, Structure, and Visual. {These will be explained in just a minute.}

Goodman believed that readers do not need to be precise when reading; they just needed to be good at guessing or predicting words based on these three cues.

This idea really gained ground when Ken Goodman published his article, Reading: A Psycholinguistic Guessing Game, and then presented it at the American Educational Research Association in New York in 1967.

I found the copy I had to read while getting my M.Ed. in Reading. Here are some of quotes from his article:

The common sense notion I seek here to refute is this: ‘Reading is a precise process. It involves exact, detailed, sequential perception and identification of letters, words, spelling patterns and larger language units.'” (p. 126)

In place of this misconception, I offer this: ‘Reading is a selective process. It involves partial use of available minimal language cues selected from perceptual input on the basis of the reader’s expectation. As this partial information is processed, tentative decisions are made to be confirmed, rejected or refined as reading progresses.” (p. 126-127)

A reader’s “miscues suggest how he carries out the psycholinguistic guessing game in reading.” (p. 129)

In other words, Goodman believed that proficient readers are just really good word guessers and only need to use partial and minimal cues from the text. To put it simply, reading is not much more than a word guessing game.

As time went on, big names like Irene Fountas and Gay Su Pinnell picked up this idea as they developed the idea of using leveled readers to teach guided reading. Lucy Calkins also endorsed three-cueing with her reader’s workshop and Units of Study for Teaching Reading. Reggie Routman talked about using cues as well.

I’ll be the first to confess that I often told kids, “Look at the picture,” I asked them, “What would make sense?” to guess the word when I used leveled readers to teach beginning readers.

The three-cueing system {or theory} of identifying words is also known as MSV. If you’re familiar with Running Records, you’ve probably noticed M, S, and V on the right-hand side. 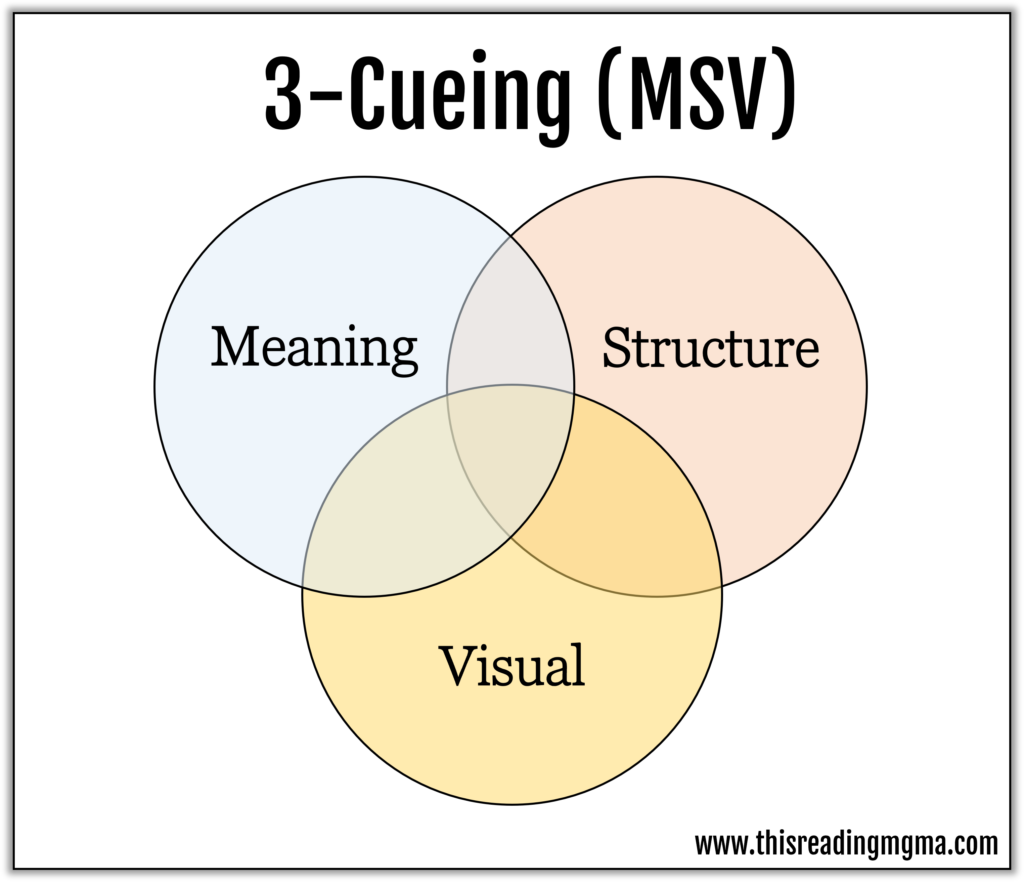 M stands for Meaning. This is when a reader uses the meaning of the text to guess a word or to correct their mistake. We would teach kids to ask themselves as they read, “Does that make sense?”

S stands for Structure. Here, we’re talking about the sentence structure. Readers might ask themselves, “Does that word sound right?” or “Is that how I say that when I talk?”

V stands for Visual or the actual letters in the word. We would teach readers to ask, “Does that look right?” While this is the most important cue for identifying words, both Goodman and Clay seemed to believe the visual letters were the least important part of identifying a word.

Before I get into my next section, please understand what I’m not saying. I am NOT saying we need to throw everything about three-cueing system out or quit teaching readers how to use context.

But {and this is a big but} proficient readers simply do not use three-cueing or context in the way Goodman and Clay thought and taught. For years, I misunderstood and misused three-cueing as I taught beginning and struggling readers.

What Did We Get Wrong with the Three-Cueing System?

Well, we honestly got a lot wrong. But I’m going to limit myself to just four today.

In the three-cueing structure or method, learners are often taught that meaning and structure are the first “go to” for identifying words. Yes, partial visual cues might be used like, “Get your mouth ready to say the word,” or “Look at the first letter of the word.” But using all the parts of a word to read the word is not a top priority.

What we SHOULD be teaching readers to do is LOOK at and examine the word first, THEN use the meaning and structure to correct their mistake if needed. For example, if a reader reads way-gon instead of wag-on, they can use the context to correct their pronunciation. 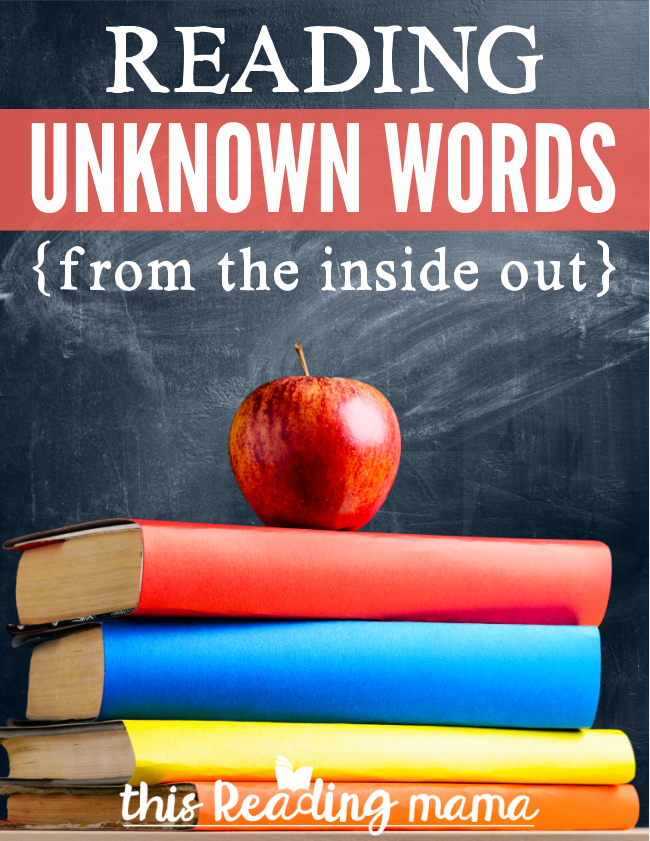 I like to call this “reading from the inside out” and I wrote a blog post all about if you want to learn more.

Emily Hanford says this about using cues in her article, At a Loss for Words:

Did you catch that? Readers do use the cues to construct meaning of the text. BUT good readers do not use all three cues to figure out the words on the page.

The idea that good readers use cueing to guess at words is no longer what I personally believe or endorse. Actually, this is exactly what poor readers do! “In other words,” Hanford says, “when people don’t have good phonics skills, they use the cueing system.”

2. Teaching kids to guess or use three-cueing instead of reading the actual word itself bypasses orthographic mapping, which is the process that helps words move into long-term storage so our learners can remember them for later reading AND spelling! Wow! 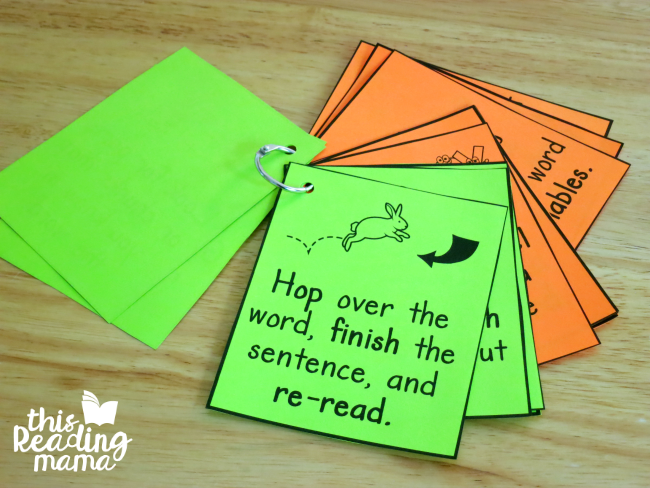 Just think about the message we send when we give our readers a “strategy” like: Hop over the word, finish the sentence, and re-read to figure out the unknown word.

If weak readers can correctly guess a word from context, they do not have to carefully notice the letter sequence of that word to assist them in making it a familiar sequence for later recognition. If students are not required to notice the spelling pattern when identifying a word, then how does that word ever become familiar?” 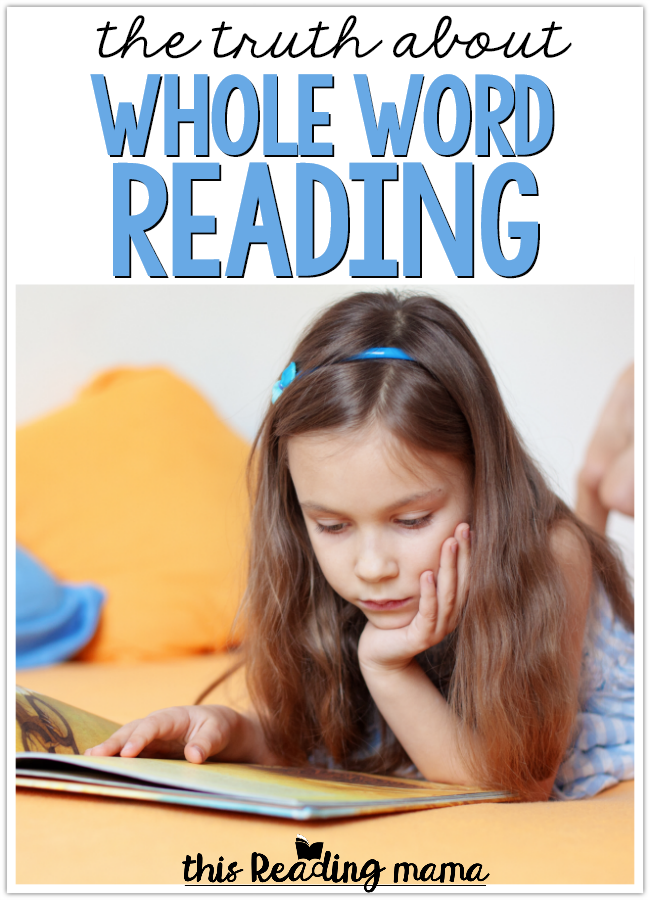 3. Teaching reading as a guessing game encourages kids to memorize words as wholes instead of examining them to see how the phonics skills they know can be used to figure out the word.

If you look at Ehri’s phases of word learning, you’ll quickly see that memorizing words as wholes while ignoring the letters/letter sounds will only take you so far…and it’s not very far!

Memorizing thousands of whole words is NOT how proficient readers became proficient.

Readers must attend to the sequence of letters in words and they must learn how to apply the phonics skills they know to those words. This is actually how readers develop a sight word vocabulary. Is isn’t through memorizing words.

4. Context clues will only take you so far as reader. Just like memorizing words instead of learning phonics will limit your readers, so will using cues to figure out words.

And by teaching kids to skip orthographic mapping {the very thing that helps them read and spell}, it might appear that we’re helping them “read” this one book. But what about the next book? If they don’t have reading strategies to focus on the actual words and word patterns, growth as a reader is impeded for sure.

What are your thoughts about the three-cueing system? I’m curious to know!

Be sure to visit the links in this article and/or the ones below if you want to learn more about this topic.

You May Also Enjoy: 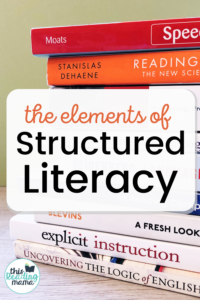 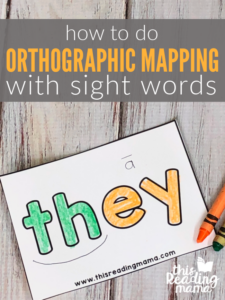 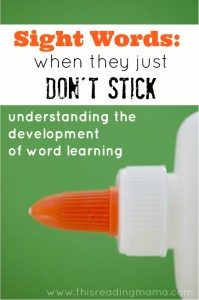 PS – You may find resources in my shop or posts on my blog that were developed when I believed in the three-cueing system. Please note that I am working to remove and/or replace those but it does take time. Thanks for your understanding and patience!