If you have learners working on CVCe patterns, be sure to check out our CVCe vowel bottle cap spelling mats, too. 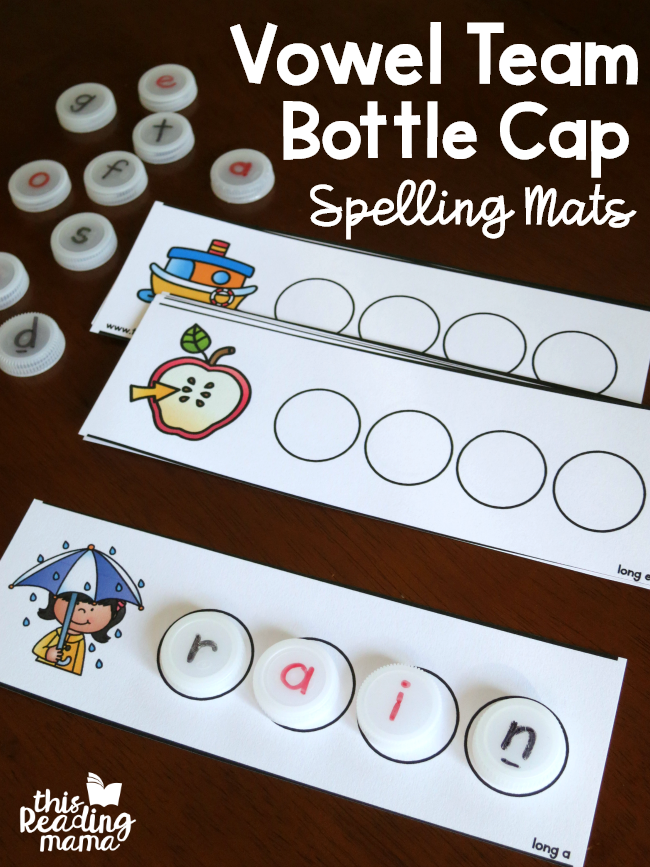 Prep is very simple. Just cut across the straight lines on each page. You won’t have any scrap paper to throw away either! To make them reusable, I recommend laminating them.

Gather bottle caps from sodas or water bottles. If you don’t have many, ask family members or parents of your students to start collecting them for you. Believe me, you’ll have more than you need in no time at all!

With a permanent marker, I wrote consonants in black, vowels in red, and consonant digraphs in blue. Use any color combination you’d like. The difference in color really helps those visual learners. 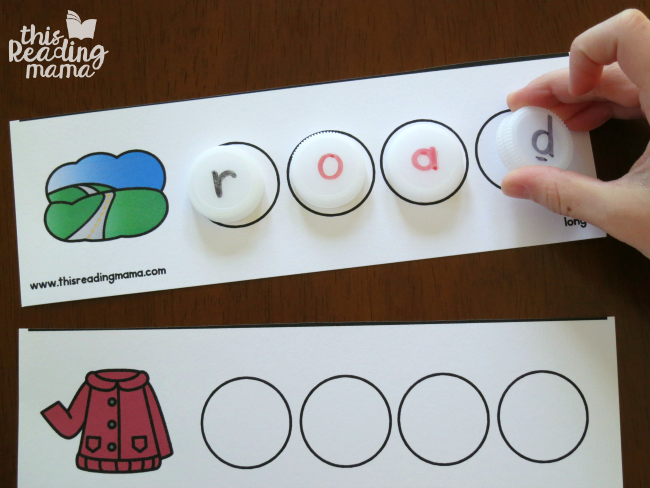 Version 1, as seen in the image above, has learners spell the words letter by letter. 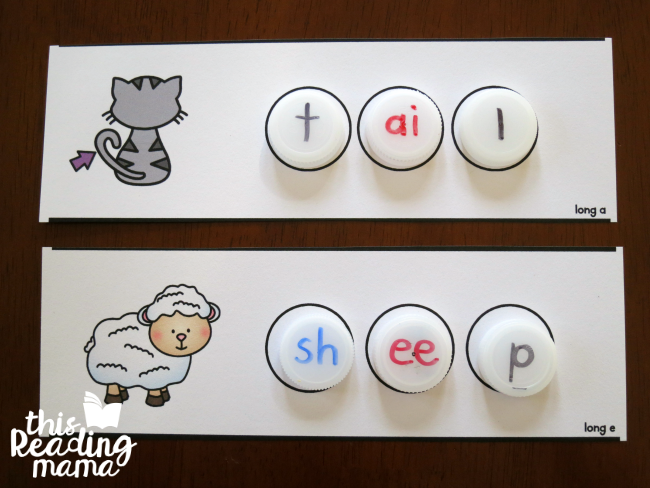 Version 2, has learners spell the words chunk by chunk. So vowel teams, digraphs, and the trigraph igh are counted as one space. Blends (like br- or -st) are still counted as two spaces, as they make two distinct sounds. 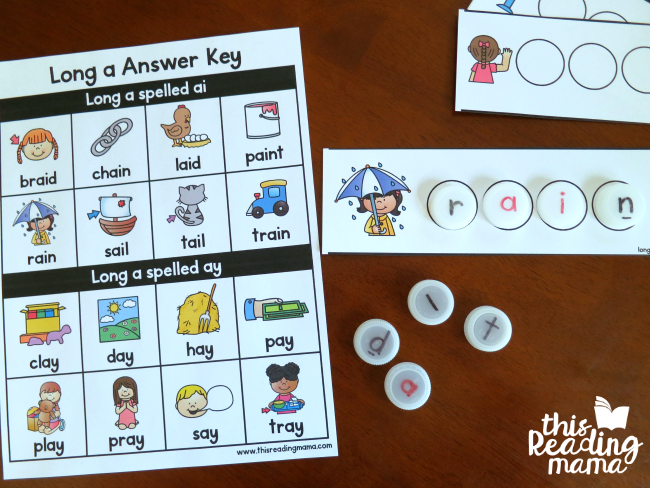 Also included for each vowel are picture/answer keys. This can help make the activity self-checking if you’re using it as an independent activity. You may also have learners read over each word on the key to clarify what each picture represents. The picture keys are sorted by vowel pattern and listed in alphabetical order.

*These spelling mats are only offered in color, but you can print in grayscale if you don’t have a color printer. 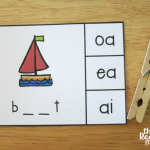 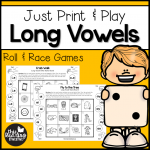 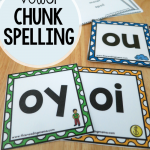 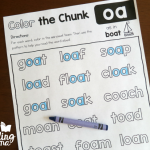 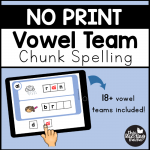 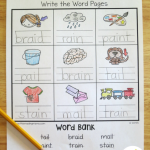