Getting kids to include adjectives in their writing to extend and elaborate on their writing is sometimes like pulling teeth. Many kids {not all; some kids really do enjoy writing} try and get away with the bare bones of simple nouns and verbs so that they don’t have to write as many words.

ALuv {currently in 3rd grade} and I have worked on getting him to include adjectives in his writing through this Jazzy Words organizer and our most recent Cookie Comprehension & Composition for descriptive writing. And while he is becoming more aware of his need for adjectives in his own writing, I thought he could be stretched just a little bit more.

We love sharing hands-on and fun ideas for teaching writing! Consider following our Writing Ideas for Kids Pinterest board! 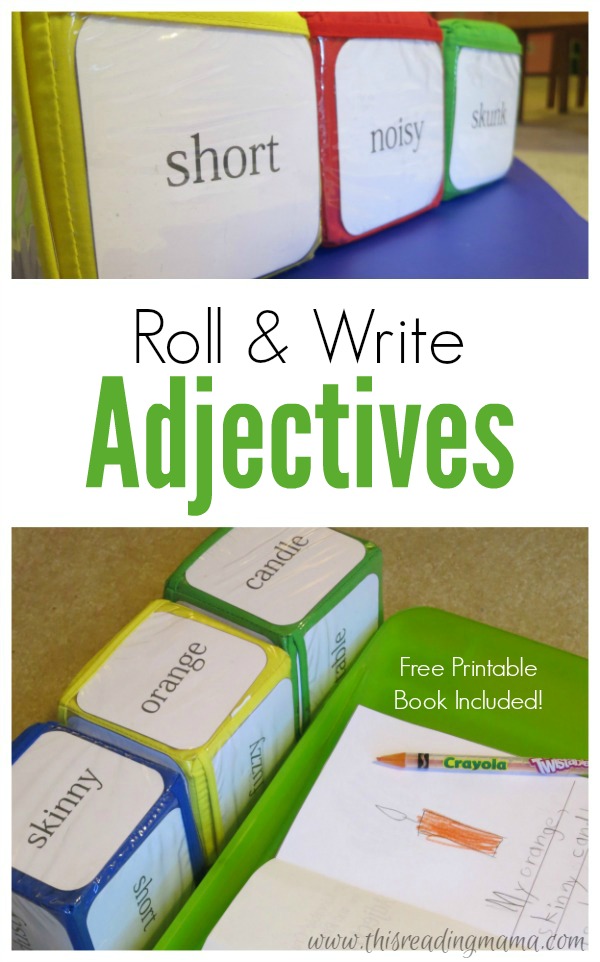 So, Roll and Write Adjectives was born! It includes our one of our favorite manipulatives, our Photo Stacking Blocks*, which we use for SO many activities {from my toddler to my 3rd grader}.

Included in the free printable pack {found at the end of this post}, you’ll find adjectives and nouns for people, animals and objects PLUS a free printable book called My Adorable, Crazy, Funny, New, and Ridiculously Silly Adjective Book where kids can record their findings. You can adapt the adjectives required for your child to write. For example, on day one we did two adjectives and on day two, I required three adjectives in his sentence.

*If you do not own your own set of Photo Stacking Blocks, I have included adjective and noun cards in the download. Place the cards face down in piles and kids can turn over the cards to reveal the adjectives and nouns they should use in their writing!

Before I asked him to roll away, we practiced a few rolls together. I explained that I wanted him to use the two adjectives and noun that was rolled in sentence in some way, and not just “I saw a red, fast car,” then “I saw a short, round table.” I also wanted him to draw pictures of the sentence in the space provided on each page. We worked on a few sentences together so he could see what I wanted and then away he went in his adjectives book, rolling the blocks, drawing his pictures, and writing his sentences. 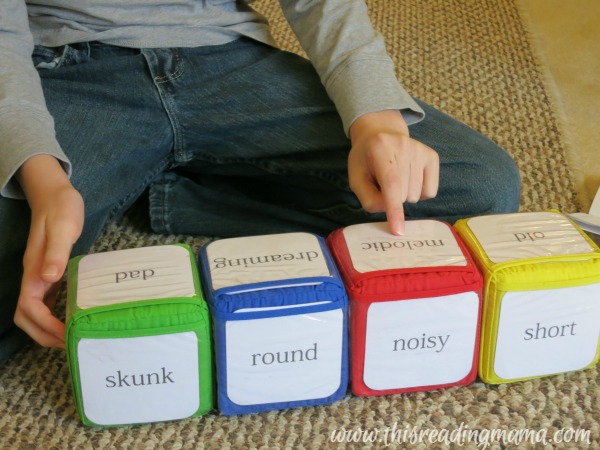 The fun part is that while I was careful to pick adjectives that would work with people, animals and objectives, sometimes silly ones were rolled. I would caution you to make sure you put opposites like ugly/adorable or clean/filthy into the SAME die or pile. Otherwise, a child may roll or draw an “clean, filthy brother,” which would not make sense at all. 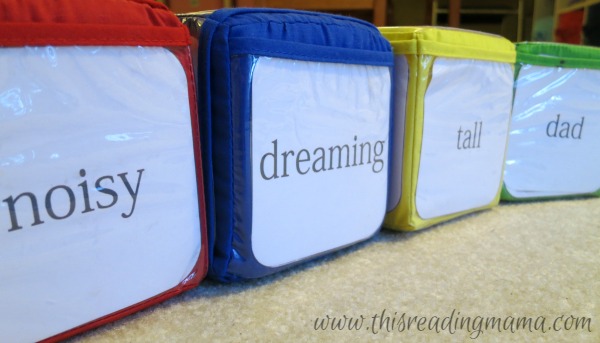 Still, he chose to make others gross, as kids often like to do, {nice…} 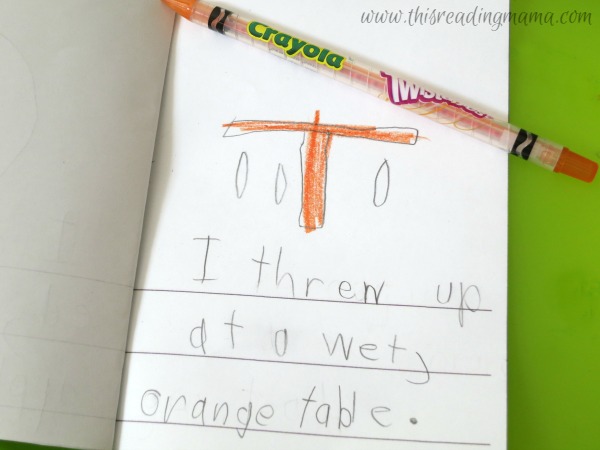 And others simply cracked me up. {A big, “Sorry!” goes to my mom here} 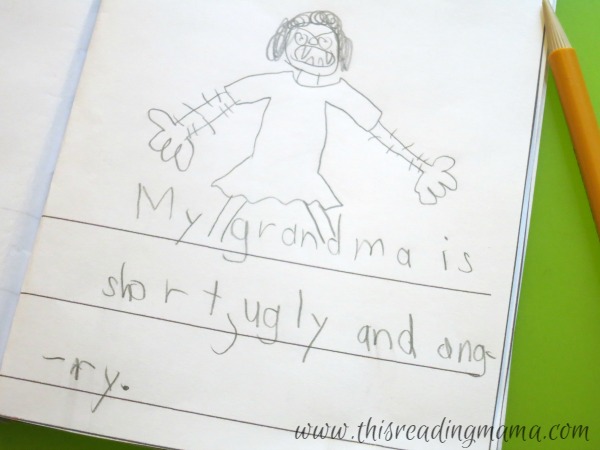 I had printed off several pages for the inside of the book and only asked him to do half on our first day. But, he got carried away and finished well over half his first day, which I thought spoke volumes about this activity, even for reluctant writers!

One of my favorite ways to teach many concepts is through books! These are some of the books we read together while studying more about adjectives. Some of these books have lots of adjectives in them while others are all about the subject of adjectives. 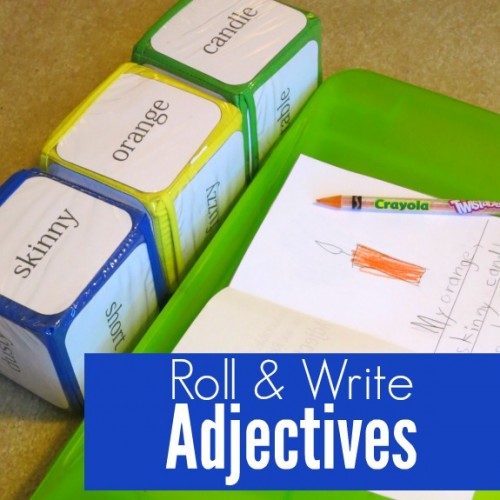