It’s time for some Printable Alphabet Scavenger Hunts! You can use these to help your learners review their consonant letter sounds.

Find all our Printable Scavenger Hunts. 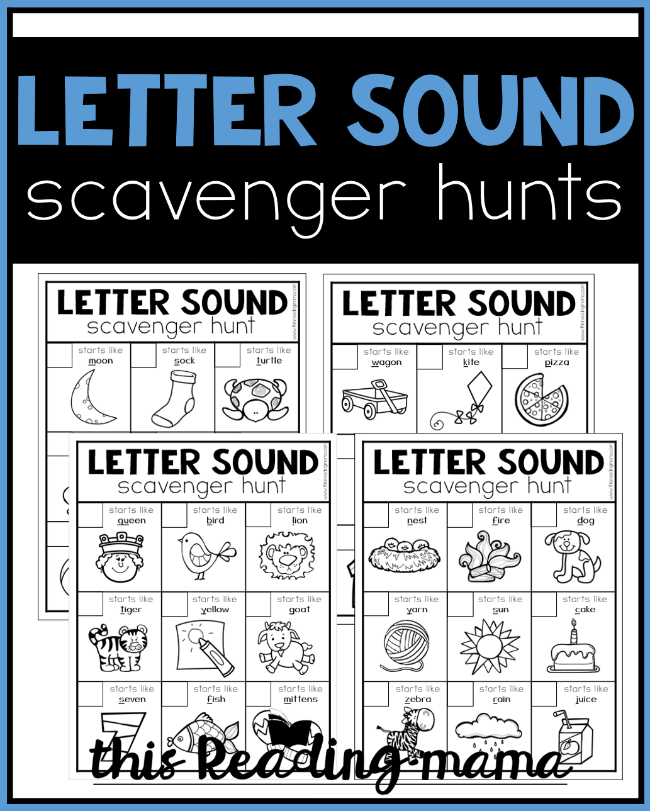 This printable pack is a subscriber freebie!

If you are already a subscriber, you may go to my subscriber library and enter the NEW password, which can be found in your most current newsletter.

These four free alphabet scavenger hunts are great for younger kids who want or need some fun practice with their consonant sounds. They’re also great for helping kids isolate and listen for the beginning sounds in words {a.k.a. phonemic awareness}.

Just print off the letter sound hunt of your choice and give it to your learner(s). Four different alphabet boards are included. The best part is that kids just use the objects inside and outside your house to complete the scavenger hunt. You don’t need to prepare or buy anything for them to play!

Learners look for items inside and/or outside your house that start with the same letter sound* as the items pictured on their board. For example: mayonnaise, mushroom, or mom could start like moon.

Once learner find something that starts with the same sound as the object on their board, they check it off in the top left corner. If you have kids who like to color, they can even color the picture.

You can either do the hunt with them {if more support is needed} or let them do it all on their own. Either way, be sure to follow up by asking them to share the objects they found for each picture. This way, you’re making sure they are masters at their alphabet sounds.

*The letter c and k both make the same sound. So does the soft c and s. If your child chooses “cereal” to start like “seven,” I would still allow it to count. If they’re developmentally ready for it, however, I would pull out the cereal box and point to the c at the beginning of cereal. I’d also point on the s in seven on their board. I’d say something like, “Yes, cereal and seven do start with the same sound. But look. They start with different letters. That’s because different letters can share the same sound.” 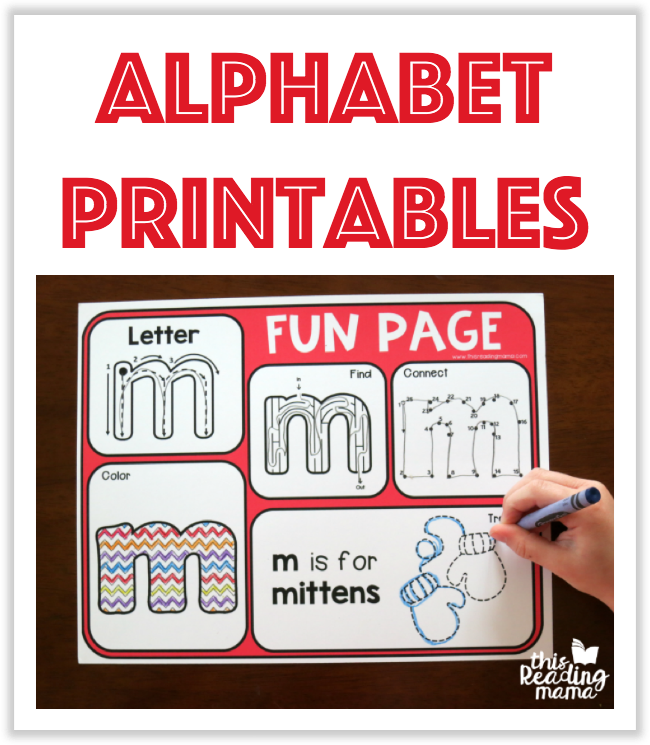 Enter your email below to snag the FREE Printable Alphabet Scavenger Hunts. If you’re already a subscriber, you won’t be subscribed twice!