In part one of J is for Jesus, I tried to keep the focus mostly on the letter J and reviewing the entire Christmas story.  For part 2, we focused in on the angels and shepherds, then the wise men and the star. 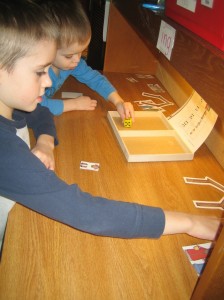 The first game both boys played at the same time was Roll & Build a Nativity.  NJoy used a regular die with dots and ALuv used a die with number words.

While we already had the dice out, we continued with these two sheep games: 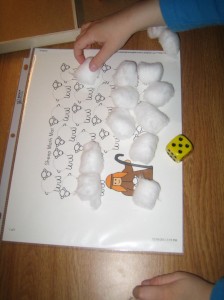 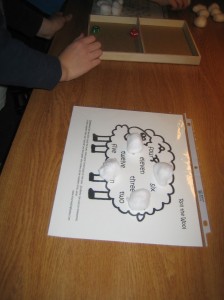 ALuv: After looking at Allison’s Santa Themed Math Game, I decided to make one with sheep for ALuv.  You can click here to download it.  There are two variations on this download: One with numbers and one with number words.  I let ALuv give the number word game a whirl and he did very well.  He used two dice; both with number words on them…trying to integrate some literacy in there! 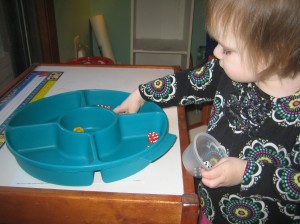 MBug also had fun dumping and transferring dice from container to container.  I have about 60 dice (only because I misplaced my first classroom set and bought more; then, of course, found the first set).

Speaking of MBug, here are the books I put on her shelf for the week: 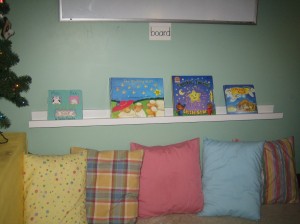 From left to right: Moo, Baa, La La La!, Ten Wishing Stars, Twinkle, Twinkle Little Star (this is one I got at a craft store for $1 years ago), & Christmas Angels 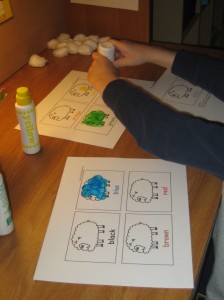 We used the Do-a-Dot paint to paint in the sheep cards I made with my Ba, Ba Black Sheep Christian nursery rhyme. 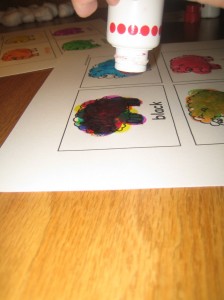 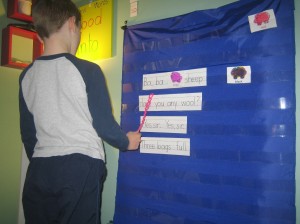 We inserted the sheep cards into the song on the pocket chart and sang it together. Since I couldn’t find the pointer we usually use, I pulled out the old bubble wand from our bubbles last summer and we used that.  It makes a great pointer! 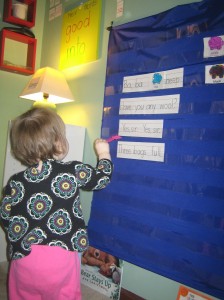 Even MBug got her turn! 🙂

We did this sheep craft 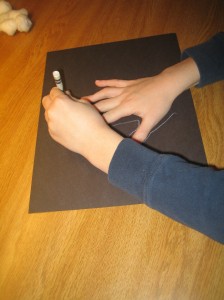 tracing & cutting out our hands 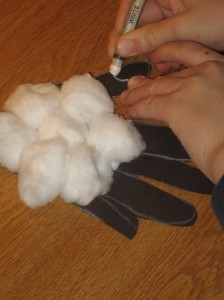 putting glue and cotton balls on and drawing the eyes on (since I couldn’t locate my googly eyes). 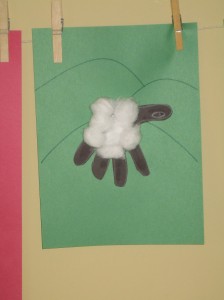 We reviewed the Christmas story again and colored this page, with the angels telling the shepherds to visit the Christ Child: 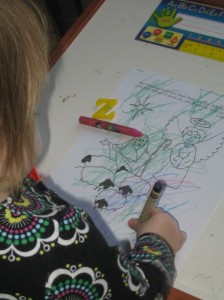 I printed out my Christian Nursery Rhyme version of Twinkle, Twinkle (about the wise men following the star) on a single piece of paper.  We sang it several times together.  You can download the nursery rhyme here. 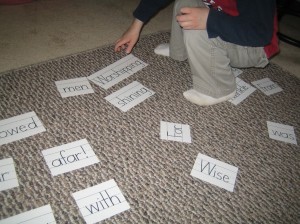 I wrote out all the words to the rhyme on sentence strips, cut each word apart, then laid them all on the floor.  ALuv and NJoy took turns finding the next word and placing it on our pocket chart.  For ALuv, I would have him find the word without many hints and for NJoy, I gave him hints to find the next word, such as: “It starts with a capital F.” 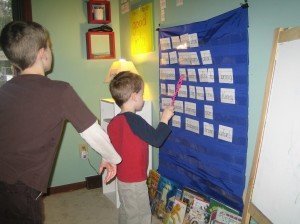 They each took several turns pointing to the words as we sang the song together.  This is a great exercise in print awareness for NJoy! 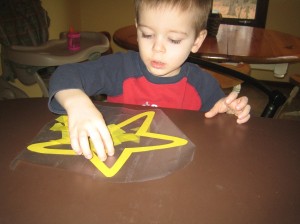 We made shining stars, just like did with the sun catcher craft 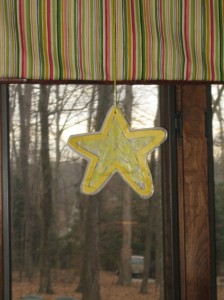 and hung them in our playroom.  It’s so cool because the morning sun shines right through this window and they both glow! 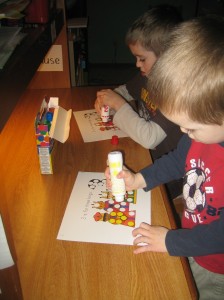 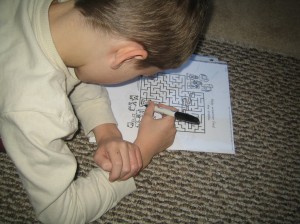 ALuv worked on this maze, helping the wise men follow the star to Jesus. 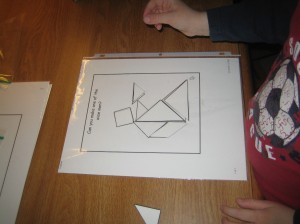 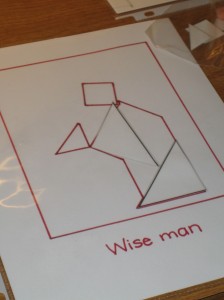 I outlined the puzzles for ALuv and placed the “easy” and harder puzzles back-to-back in sleeve protectors.  The outlined puzzles were more difficult for ALuv than I thought they’d be.  So, he first worked the puzzle on the “easy” side, then did it again on the back. 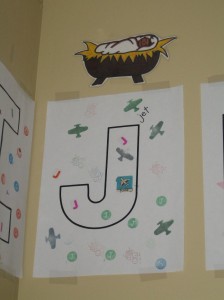 We finished out our week of J is for Jesus by putting baby Jesus up on our Picture Word Wall above the J.

We still have a few activities left over from our 12 Days, so I hope to post about them tomorrow. 🙂

Thanks for joining This Reading Mama on our 12 Days of Christmas!