Do you learners need some division practice? Try these free, printable division games for 2-digit and 3-digit numbers WITH remainders! 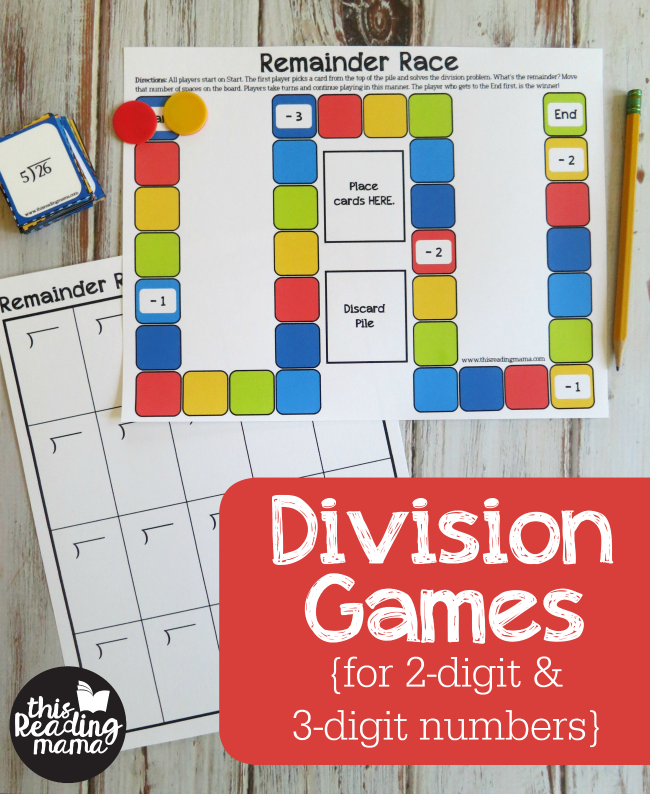 {This game is offered in both color and blackline.}

Enter your email to snag a copy of our Multiplication & Division Fact Family Pack!
If you’re already a subscriber, you will not be subscribed again.

Play is SIMPLE for 2-4 players.

1. Players choose a marker that goes on “Start.” All players also need their own Remainder Race Recording Sheet.

2. When it’s a player’s turn, he draws a card from the draw pile on the game board. 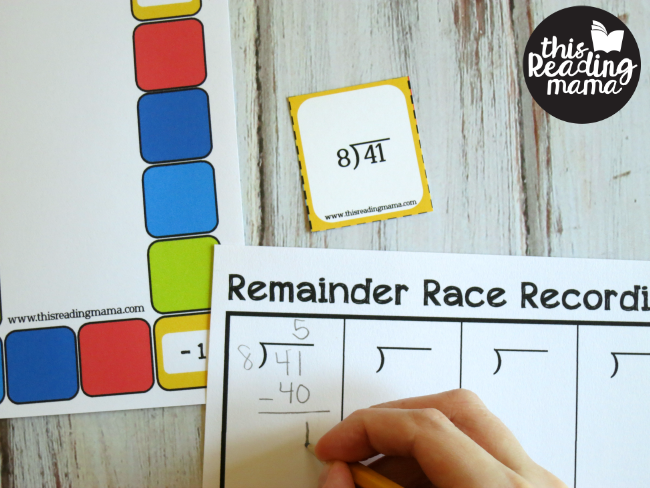 3. The player uses the recording sheet to solve the division problem and circles the remainder. This helps you to SEE your players’ work! 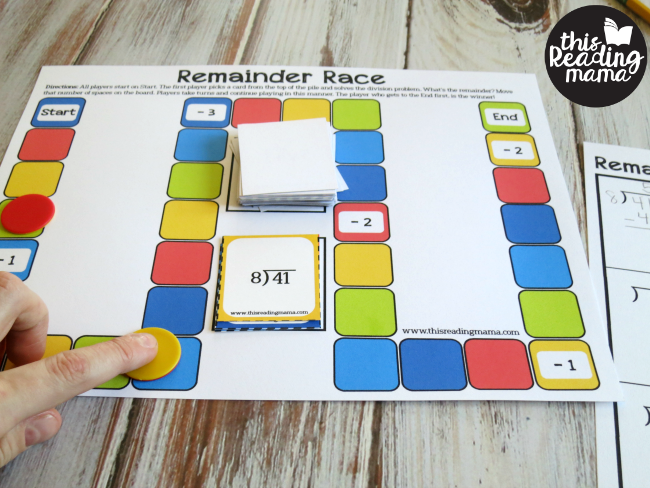 4. The player moves the same number as the remainder* in the division problem. For example, if a player has a remainder of one, he moves one space. If there’s a remainder of three, move three spaces on the game board.

*Nearly every problem, with the exception of just a few, has a remainder. If players solve a problem without a remainder, they move zero spaces and the next player goes. I know…it’s so sad.

There are also spaces on the board that require learners to move back such as -1, -2, and -3.

5. The first player to reach “End” is the winner of Remainder Race. 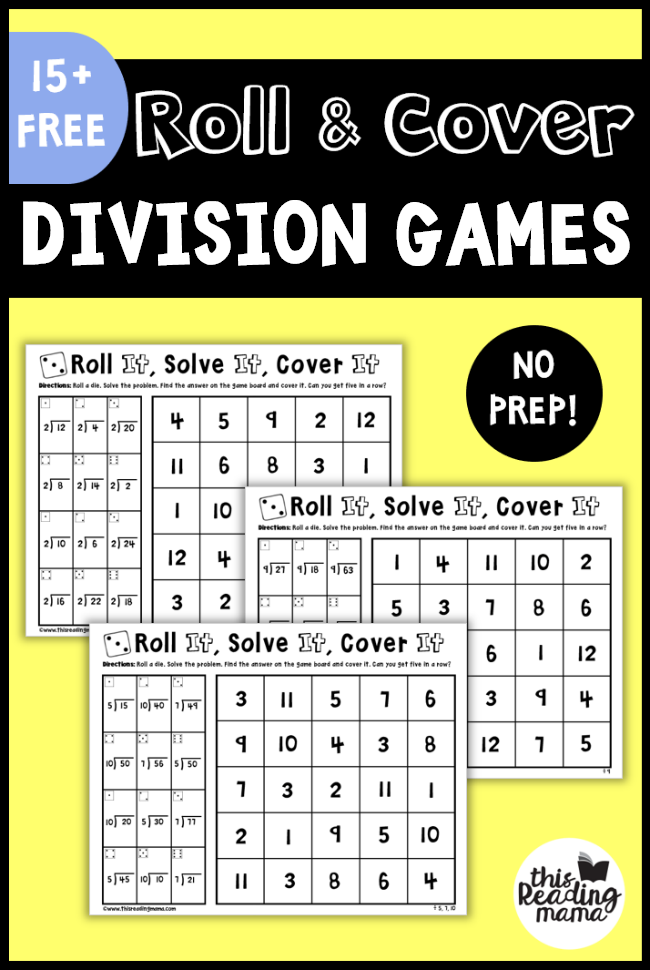