The cursive handwriting pages are NO PREP and fun. All you need is a die and pencil and you’re ready to trace and race!

These free trace and race pages are a sample from my Lowercase Cursive Handwriting Pack. You may also like our free cursive handwriting worksheets. 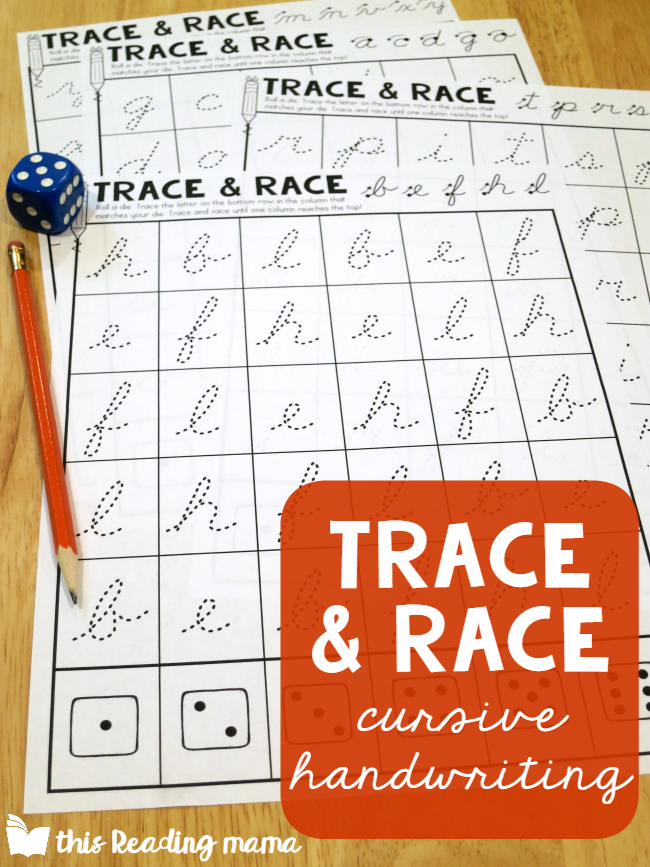 To keep it simple and easy for learners, the lowercase cursive letters are divided into three groups, based on the initial stroke pattern. The three categories are:

2. Curve Down Letters: The letters in this group begin at the dotted line then curve down to the left to create the first stroke.
The curve down stroke letters include: a, c, d, g, o, and q.

3. Curve Over Letters: The letters in this group begin at the line and curve over, creating a “hump” first.
The curve over stroke letters include: m, n, v, x, y, and z.

You can find more activities for these three kinds of cursive letters in my Lowercase Cursive Handwriting Practice Pages pack. 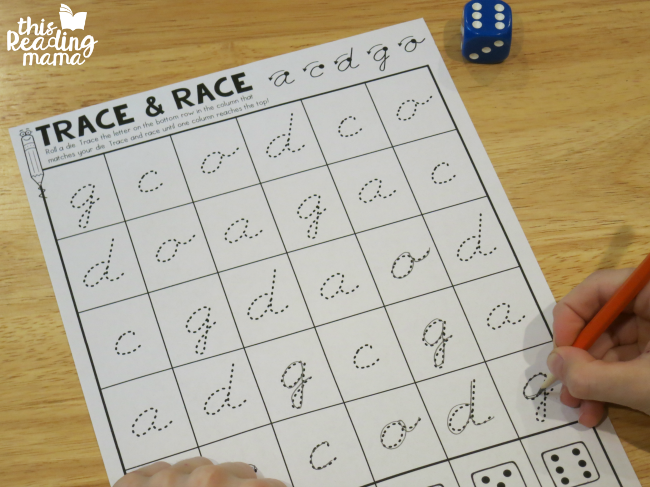 To play the game, learners roll a die. They trace the letter on the bottom row in the column that matches the die. They keep tracing and racing until one column reaches the top. That column is the winner!

*Note: As we were working on these, we noticed a couple of errors concerning the b and the f, but they are fixed now. {You may notice the errors on the picture.}

Grab the entire bundle pack…or keep scrolling for the freebie. 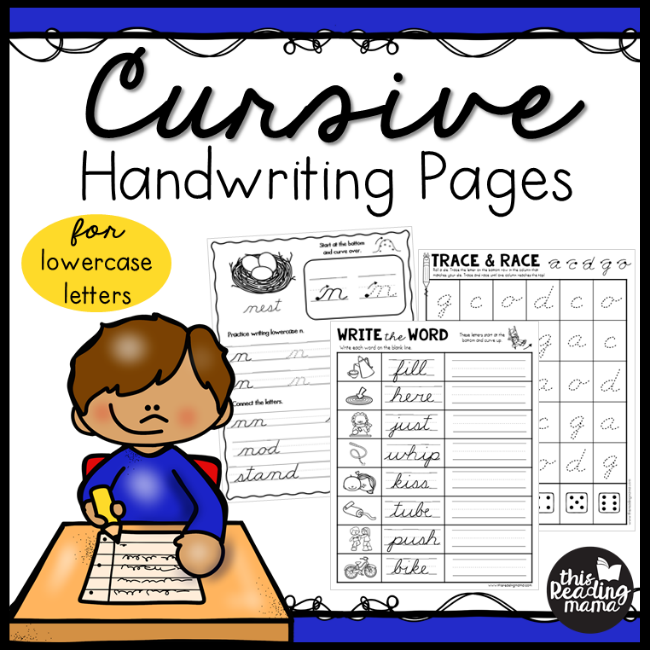 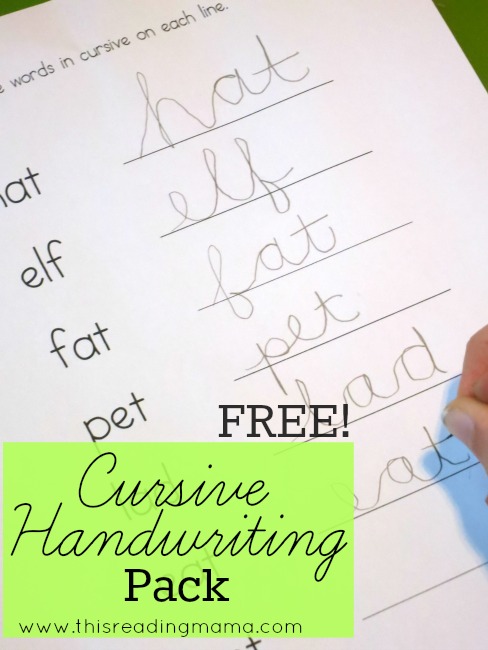