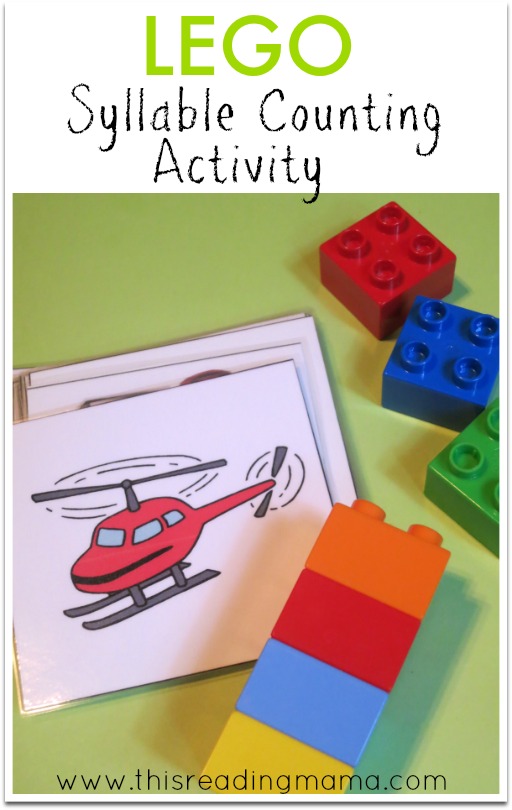 *This post contains affiliate links.
MBug (age 4) is really beginning to pick up on her understanding of how words are built (rhyming, syllables, and letter sounds). She really enjoys counting syllables, so I knew that counting syllables with our LEGO DUPLO blocks would be fun for her. NJoy (age 5.5) has been able to count syllables for some time now, but he hung out and did it with us, too. I created a quick extension activity for him to expand his understanding of using syllables to read and spell words, which I’ll share at the end.

First, I collected several picture cards** from Reading the Alphabet, a FREE 31-week emergent reader curriculum. 26 weeks of the curriculum has 6 picture cards for that particular letter of the alphabet. I hand-picked the words I chose for each letter in the curriculum, so that there would be a variation on the number of syllables from the 6 words. So, I rummaged through my file of picture cards and picked several for our activity.

I also gave each child a stack of 5 LEGO DUPLO bricks. I placed a picture card on the floor and we said the word slowly together, putting a little separation in between syllables (ze-bra). 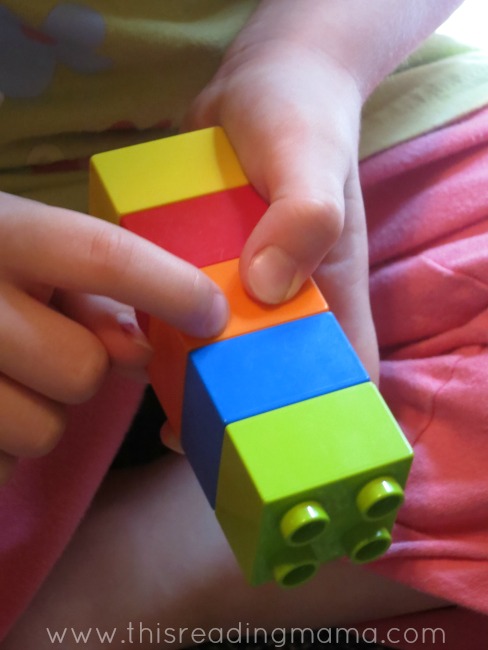 They counted the syllables using their stack of DUPLO bricks, touching one block for each syllable. 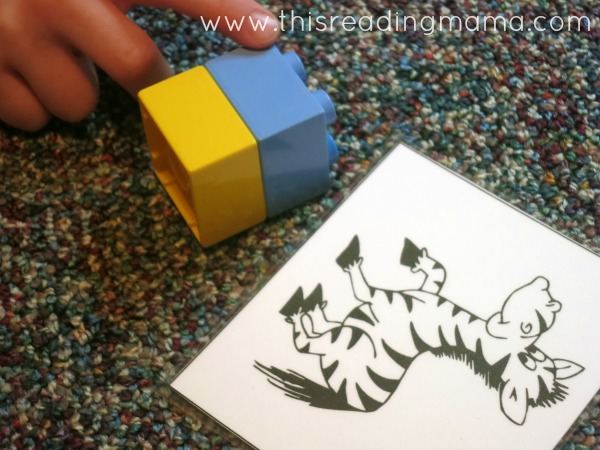 Then, they pulled off the number of bricks to match the number of syllables and put them on the floor next to the picture card. We double checked our answers by saying the picture name again slowly while touching one brick per syllable.

**If you’d like to do this activity without a printer, simply take a walk through your house and collect objects that have 2-5 syllables. For example, 1- milk, 2- penny, etc. Ask your child to use his blocks to count the number of syllables in each object.

I wanted to show NJoy the connection between being able to count syllables and spell/read words. I asked him this question when we had gone through several picture cards: Do you think a word that has 1 syllable would be a longer word or a shorter word than a word with  3 or 4 syllables? He guessed shorter. Then we began testing his theory.

And it was true. (Of course it was. I set it up to be so!) But it was a good experiment for him and kept him engaged throughout the syllable counting activity! Note that I picked my words VERY carefully for this to work because this isn’t always true of words. 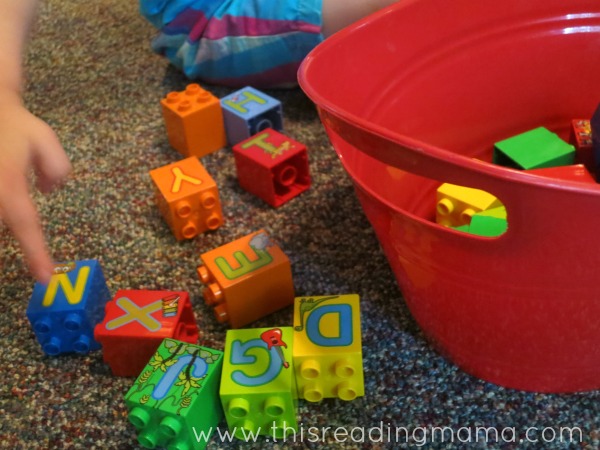 I knew NSis (2 years old) would want to get in on the action, so ahead of time, I pulled out our LEGO DUPLO letter set and she went to town pulling out letters and identifying those that she could. 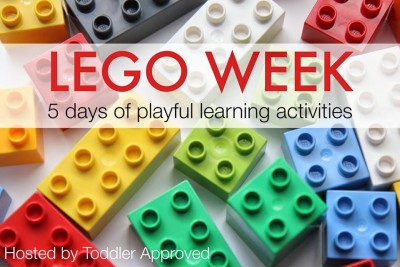 « New After School Link Up
Reading the Alphabet – Updated and Expanded! »