Counting sounds in words in an important skill for our young readers and spellers to understand.

Use these free sound cards to help you teach and practice this skill! 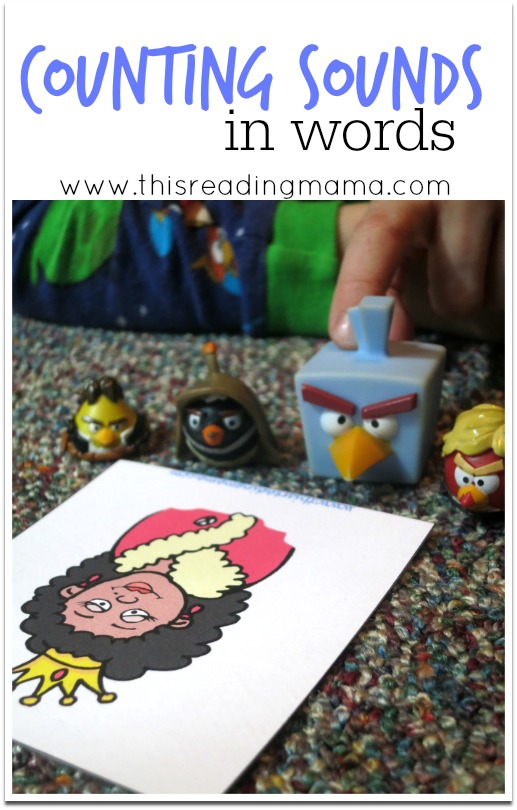 One of the building blocks for reading and writing is the ability to hear (segment) and blend sounds in words. Just recently, my Kindergartner and his favorite bird friends had fun with this a counting sounds in words game.

We played several games with the cards from my FREE download {link at the end of this post}.

1. I placed a sound card on the floor {at first, I stuck mostly with pictures that had 3 and 4 sounds} for him to see.

2. We named the object together.

3. We said the object again, but this time very slowly, stretching out each sound in the word like this:  c — a — t. I separated each sound by a tiny pause. 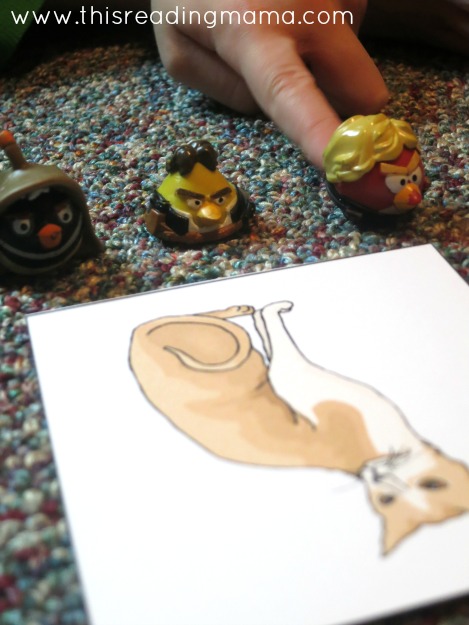 4. He placed one bird for each sound in the word below each picture.

The 4-sound picture cards were a bit trickier for him. For example, in the picture card plug, he placed three birds out as he said, p — u — g. I encouraged him to listen to me say the word slowly and then copy me by saying it again to see if he could hear one more sound in the word (the l). He got it after my help about 85% of the time…making progress! 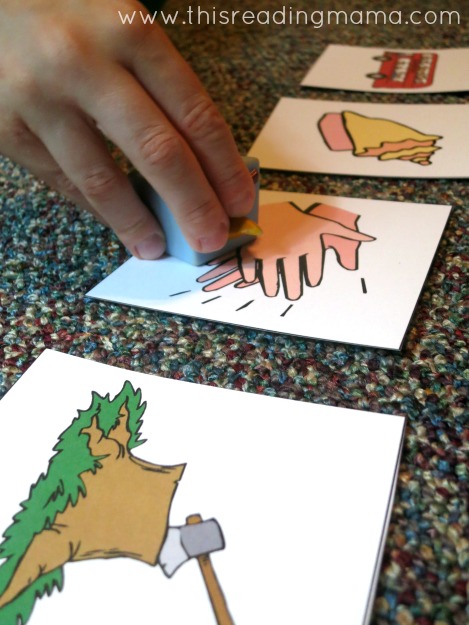 I placed 4 cards in a row, said a word by segmenting the sounds c-l-a-p. His job was to listen to the sounds, blend the sounds, say the word, then find it in the row.

Variations for Counting Sounds in Words 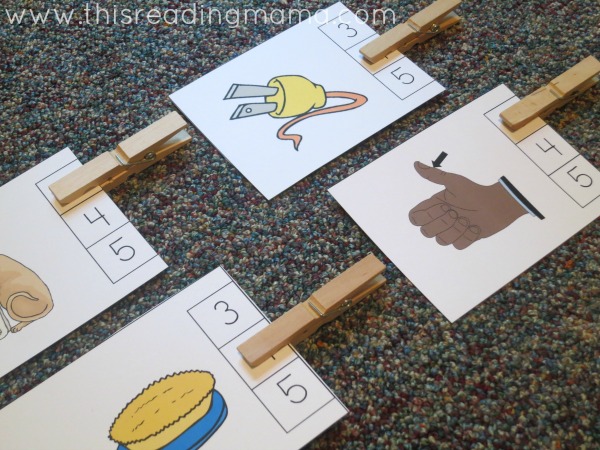 Each picture card also is included with numbers on the side so kids can clip the cards as they listen for sounds in words. 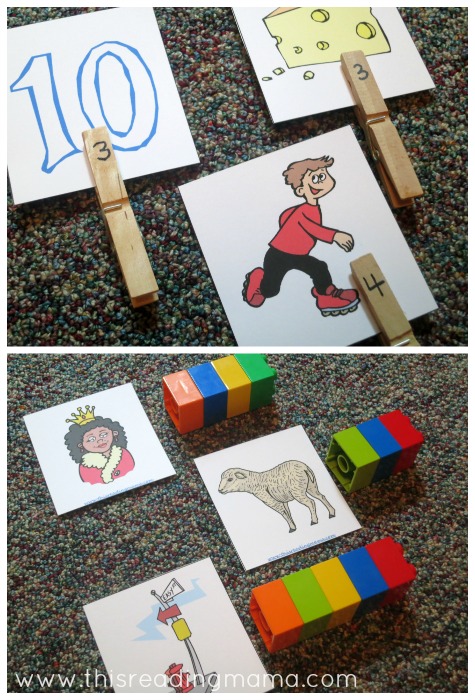 You can also use just the picture cards and use numbered clothespins to them or count with other toys, such as LEGO bricks or other favorite toys.