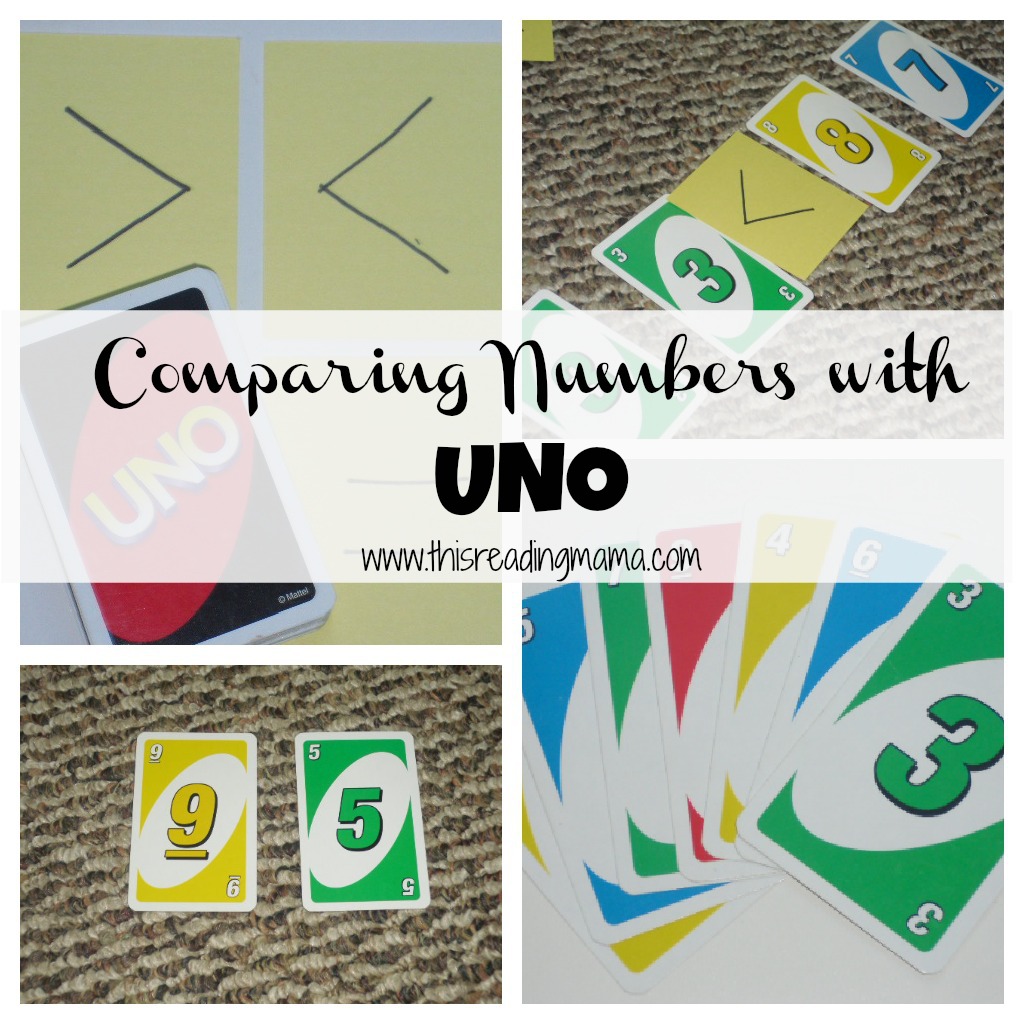 ALuv (currently 7 years old) and I are getting ready to explore numbers greater an 100.  But before we left “2 digit land” and entered the world of 3 digits, I wanted to have one last “Hoorah!” with 2 digit numbers.

Since this boy loves to play Uno, we played this simple math game to review greater than/less than on three different levels.

To Prepare the Game:

1. Each player turns over her top two cards.

2. With those two cards, the player places the cards in an order that would give her the largest number. 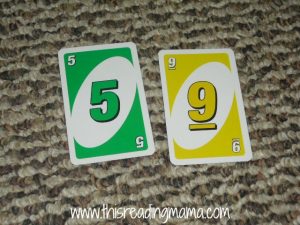 For example, if I picked a 5 and a 9, I would want to place them like this: 95.  Not 59, because 95  is the largest two-digit number I can make with these two numbers. {First way that this game reviews greater than/less than}

3. Both players display their two-digit numbers side by side. 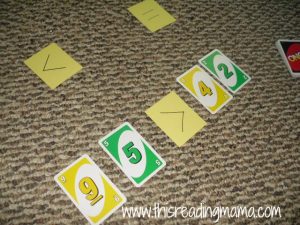 4. One of the symbols is chosen to place in between the numbers to show how the numbers relate to one another (< , > , or =).  {Second way this game reviews greater than/less than}

5. The player with the highest two-digit number gets to keep all four number cards.

6. Once the 10 rounds have been played, the person with the greater number of cards is the winner. {Third way greater than/less than is reviewed.}

It’s that simple and FUN!  ALuv didn’t want to stop at 10 rounds, so we re-shuffled and played again.

« Apples: Book-Related Activities (plus, a FREEBIE!)
Reading the Alphabet Letter A (Lesson 6) »