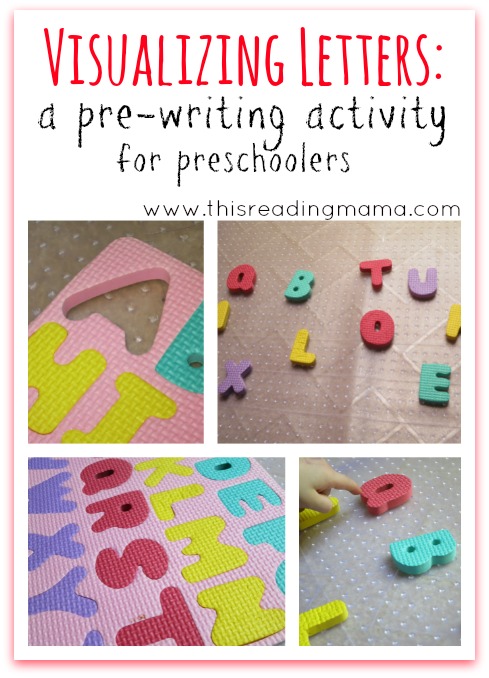 When children are first learning to write their letters, it can be quite laborious! The need to remember what a letter looks like or exactly how to form that letter is typically the last thing in our mind when we write (we usually focus on the message). But, it is at the forefront of a young writer’s mind. Formation of letters can actually be a roadblock for many young children. That’s why this super simple letter visualizing and pre-writing activity works so well for preschoolers.

Get Ready to Visualize! 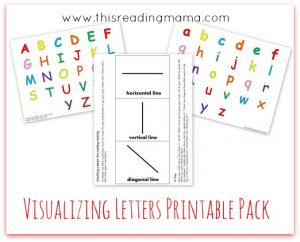 Guess the Letter with Visual Clues

For my four year old son, NJoy, I laid out our ABC puzzle on the floor.  I gave him visual appearance clues about one letter at a time, like this~ Letter A: It has two diagonal lines that meet at the top. I has one horizontal line. {As I’m using these terms, I’m pointing to the picture cards.} 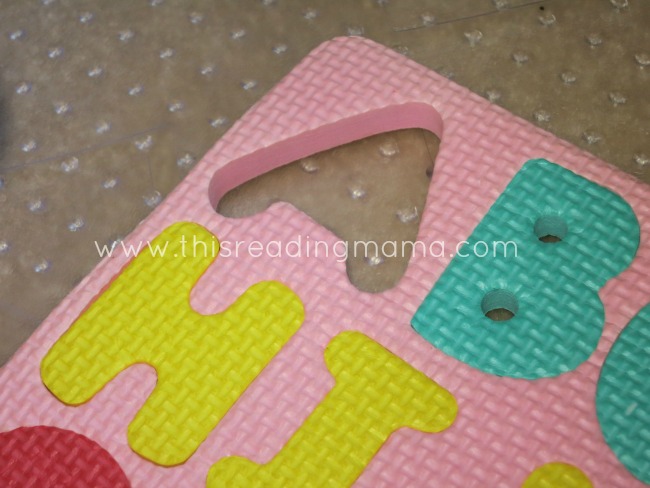 After listening to the clues, he punched out the letter from the puzzle that he thought it was. 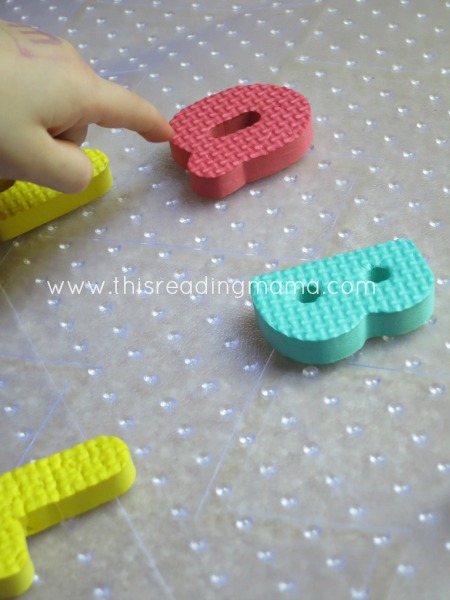 My daughter, MBug {3 years old} wanted to play, too. She wasn’t able to hang with it like NJoy, so I adapted it for her. The first way I adapted it was I pulled out only a few letters from the puzzle. I also adapted my clues. For example, I said, “I spy a letter than looks like an oval.” {O} or “The letter I’m thinking of  looks like the seat of our swing.” {U}.

Visualizing Letters in a Kinesthetic Way

After we’d spent some time on our guessing game, I emptied the entire puzzle into a gift bag. 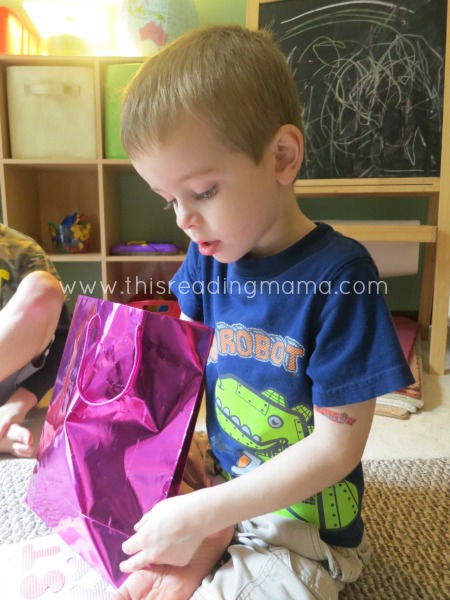 This time, my son reached into the bag {without looking}, feeling one letter at a time. He guessed what letter it was by the way it felt {still thinking about how the letter is formed visually}. 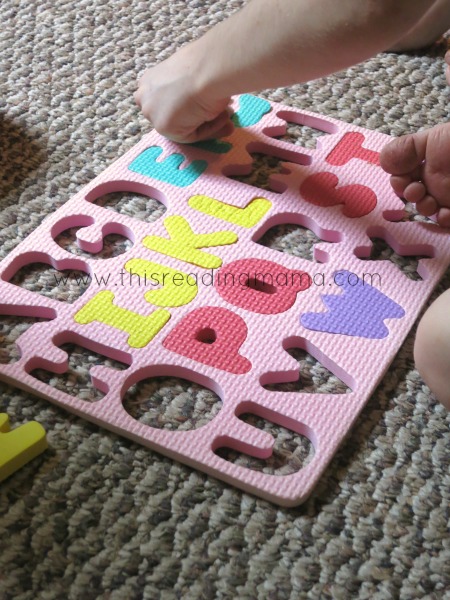 Once he guessed, he took the letter out of the bag, checked his guess, and added it back into the puzzle. I was actually surprised at how well MBug was able to do this activity, too!

When their guesses were wrong, we talked about why. For example, when NJoy guessed the letter was K when it was really an X, we had a great discussion about how these letters are visually similar {both have diagonal lines}.

Playing pre-writing games like this provides young writers a concrete way to visualize and explicitly talk about the features of letters. Ultimately, it will help them when the time comes to write their letters. A win-win for everyone!