I received a free online course from TypeKids.com and was compensated for my time. All opinions expressed are my own. 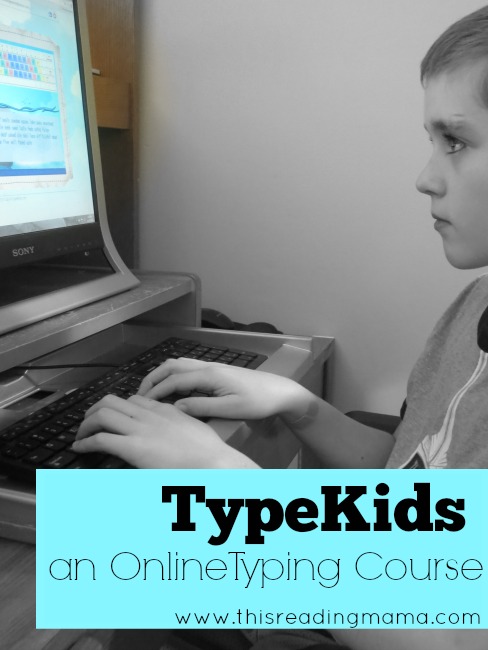 I vividly remember taking a typing class (on an actual typewriter, mind you) in elementary school. I loved it. And I have loved typing ever since. Seriously.

When I began introducing it to my oldest son (little by little starting in the 1st grade), I just knew he’d love it, too. He did not. And he didn’t even pretend to. Asking him to type a simple sentence was usually met with, “Where’s the S? MOM! MOM! Where did you put the S?” It was the same story for every letter he could not find, as if I had rearranged the letters on the keyboard just to make him mad. There were some days that I had to hide in the next room because I could not conceal my laughter.

But it was no laughing matter to him. Typing frustrated him to no end as he “hen pecked” for each letter. And in this day and age, learning to type is not optional. He had to learn somehow. I began searching for an online typing course that would help him. About that same time, I discovered TypeKids.com.

What exactly is TypeKids? It is a game-based website designed to teach your child typing skills such as posture for sitting at the computer, home position (asdf / jkl;), and how to reach all the other keys (without looking at their hands).

With each new lesson, there is a short video and then exercises (which, I’ll admit, was not my son’s favorite part). Once they have accomplished a certain number of exercises, they earn coins. 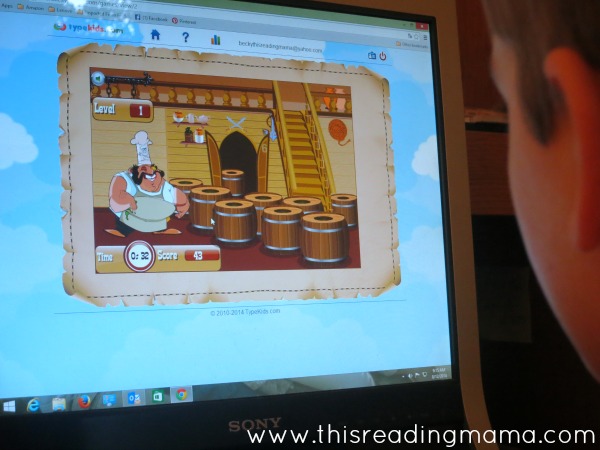 These coins can be spent on arcade-like games that reinforce what they’ve just learned in a fun way. I like that they only need to earn 25 cents to play the first game, so there’s encouragement early on to work hard on the exercises. 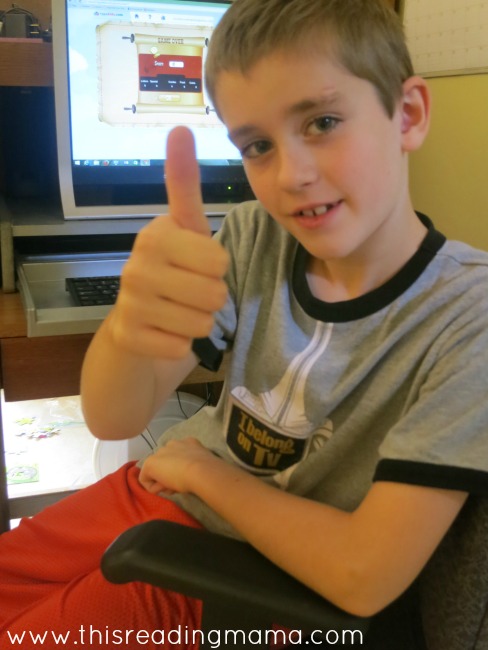 He stopped for a thumbs up after playing one of the games. 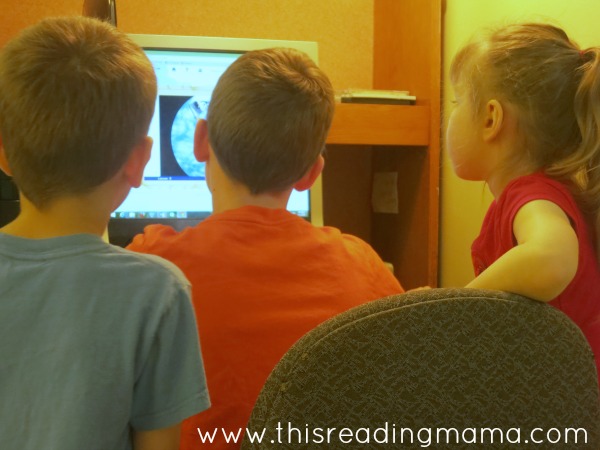 TypeKids also helps kids work through the levels with a story line about pirates at sea and the dangers that lurk. His younger siblings always gathered for these stories and enjoyed them just as much as he did. 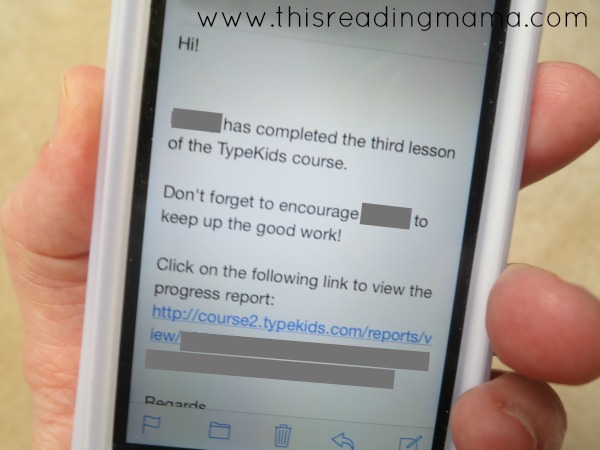 I was close by for most of his typing activities, but if you can’t be, TypeKids sends you emails and progress reports so you know exactly how your child is doing. I also noticed that TypeKids had messages that would pop up every now and then for my son, encouraging him along the way.

The Difference An Online Typing Course Can Make 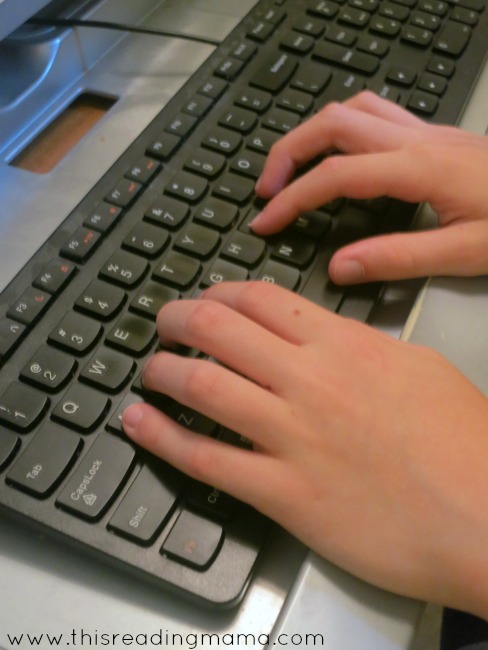 What have I noticed from TypeKids so far? There’s less complaining AND no pecking at the keyboard now. And as we continue our way through the 30 lessons and into the school year, I have faith that asking him to type sentences won’t be as frustrating for him. And maybe, just maybe, he’ll realize that I didn’t put that S anywhere. 🙂

Want to Learn More about TypeKids?