After working on and off (and on and off) for the last few weeks, ALuv officially knows his short u word sort from here.

I’ve listed some of the things he did with short u below.  I’m sure we did other things, but I haven’t been documenting so well these days.  I don’t know if it’s the pregnancy brain, but I am misplacing things (like the camera) left and right. 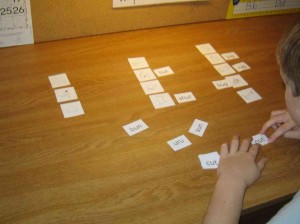 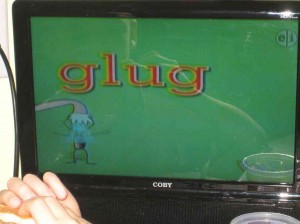 One day at lunch, Between the Lions on PBSkids had a little -ug song  (“If you can read bug and hug, then you can read _ug and _ug…”) and he was able to read many of the words!  Towards the end of the song, it’s a stretch…glug?–I mean, really. 🙂 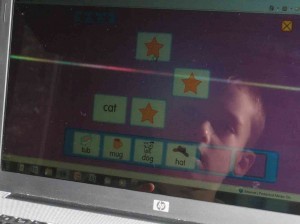 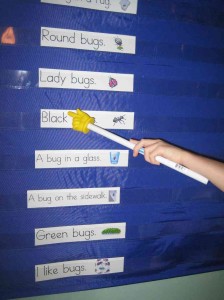 Carisa’s “I Like Bugs” for the pocket chart- this was a great way to review some of our Word Wall words.  Since there are 10 pockets on our pocket chart, I let him choose ten sentences to read.  After he read them, he got to change out a few or rearrange other ones and he read it again. 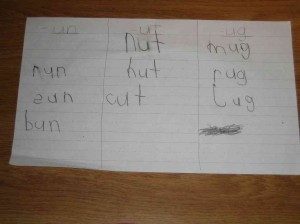 I assessed him by asking him to first re-match the words and pictures,  and then he did a blind sort.  What is a blind sort?  1.  Label columns headers from your sort (I chose -un, -ut, and -ug) to be the headers for his sort.   2.  Take all the words cards & shuffle them.  3. You can choose to call out all of the words or you can pick a few from each word family (I picked 3 from each).  4. Without showing the word to the child, call out the words and the child has to write them in the correct column (similar to a spelling test).  I’ll admit, he wasn’t too wild about this, especially when I told him I could not help him in any way; but he did it! 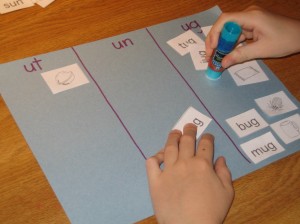