It’s from my Editable Sight Word Card Games pack, which has even more fun themes for playing with sight words! 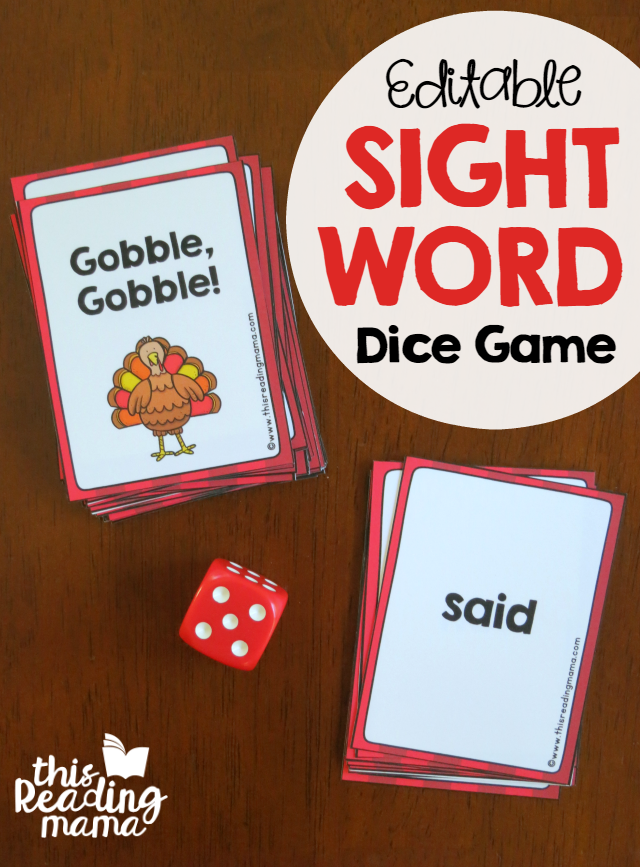 You’ve probably seen the sight word games with the tongue depressors on Pinterest. This sight word card game is similar, but adds a die for an extra level of fun and challenge! Instead of grabbing and reading just one card, players draw the number rolled on the die.

Before you print the game, you’ll want to type in your own sight words. For a list of sight words, be sure to check out my printable sight word lists. {Psst! The best part about editable printables is that you can enter phonics words instead of sight words.} 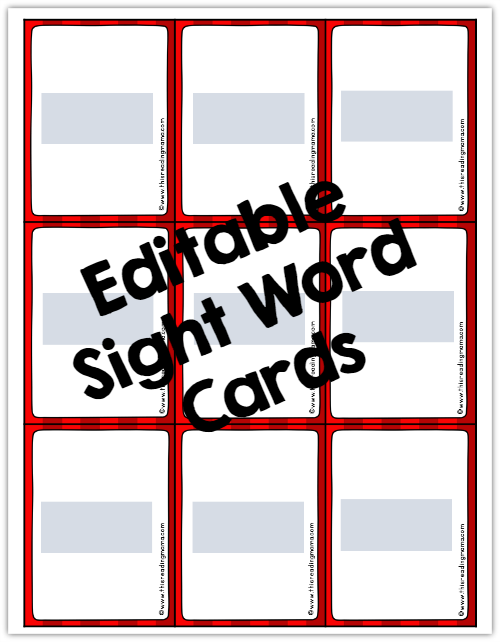 To do this, click on the blue-ish colored boxes and type the word you want. Highlight the word and click Control + E. This gives you have the power to edit the font and size. I used the font KG Second Chances Solid if you want to use the same font. You just need to grab it from Teachers Pay Teachers first.

Print off your word cards twice {so you have 48 cards} and the 6 Gobble, Gobble! turkey cards. If you chose not to use all 48 word cards, you may not need as many turkey cards.

For 2-4 players. The more players that play, the more sight word cards you’ll want to include.

1. Place all the cards face down in the center of the playing area. 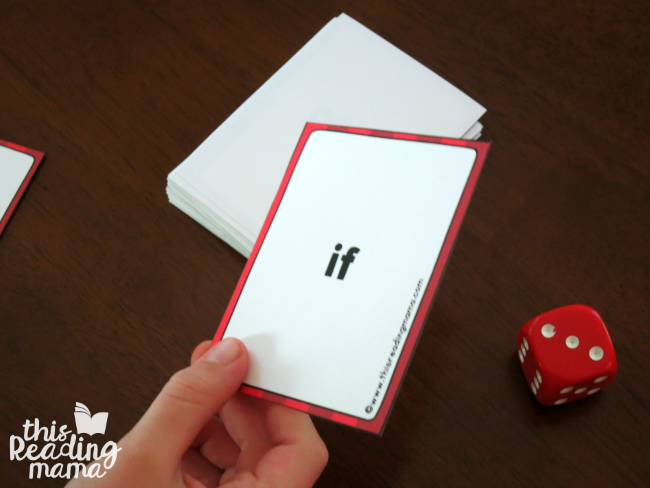 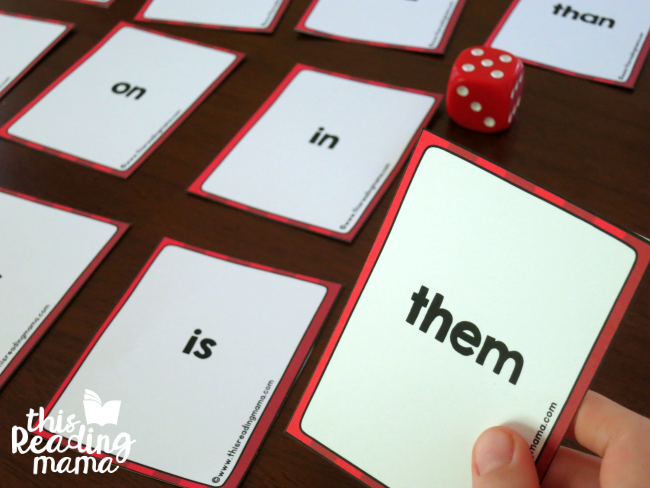 3. If the player only draws and reads sight word cards, she keeps all of them and they count for her. 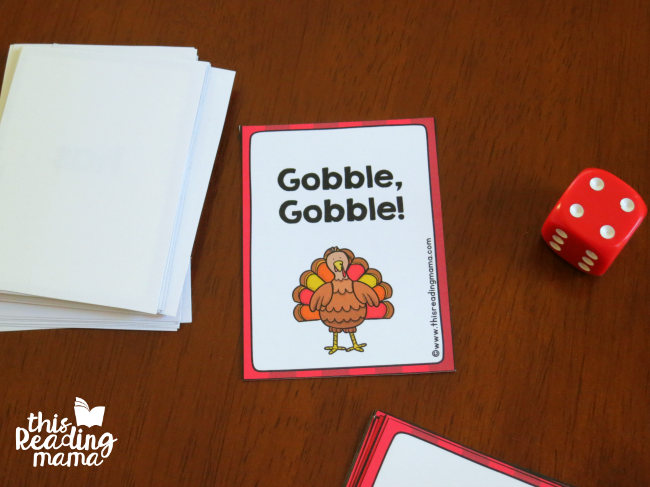 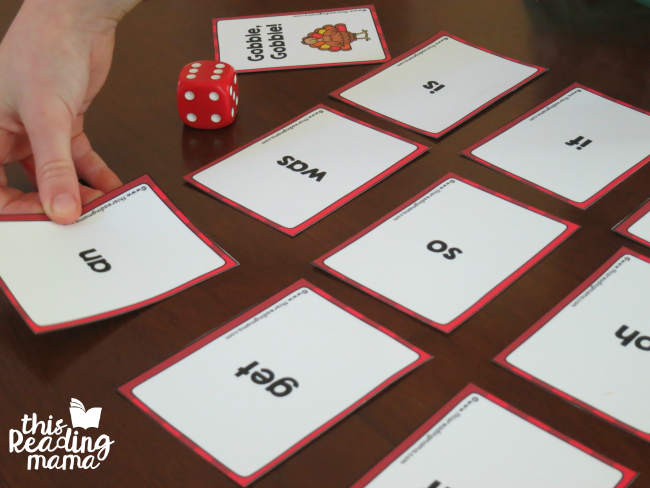 *How many cards does the player discard? The number that was rolled on the die. So if the player rolls a 6 and draws a Gobble, Gobble! card at any point during that turn, she stops drawing more cards and puts six of her sight word cards into a discard pile. {Players can share the same discard pile.}

5. The player with the most sight word cards at the end of the game is the winner.

Of course, you can play the game the traditional way without the die, but I like how the die adds some extra fun and “chance” to the game. 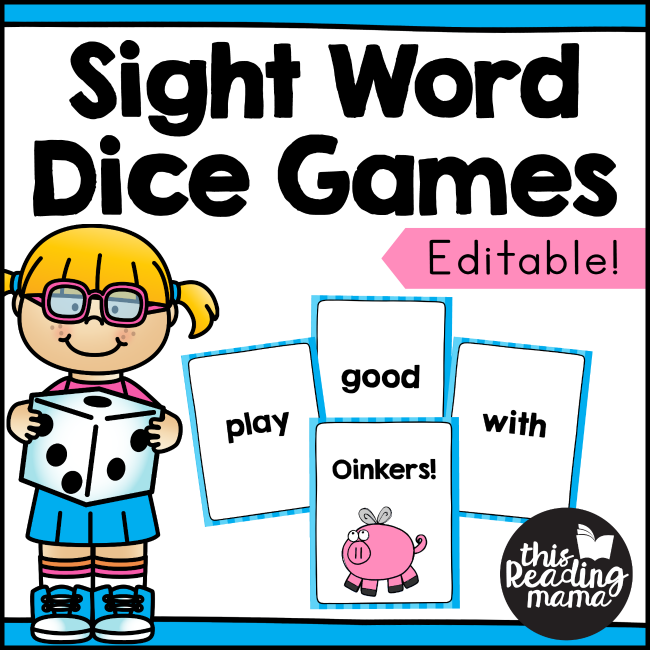 With editable games for ANY time of the year,
be sure to get the entire pack ON SALE NOW!
Purchase from my shop or my Teachers Pay Teachers store.