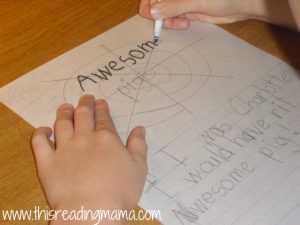 Before our meeting, ALuv and I read chapters 9-11 and he completed this writing prompt: If you were Charlotte, what would you have written in your web about Wilbur?

I am currently testing a new curriculum out with NJoy (more to come soon), so I didn’t do anything formal with him out of my PreK Farm Unit, but he did pull the farm animal pictures out one day. 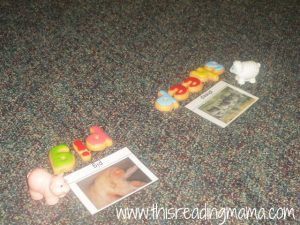 Using our new cookie letters, he got to work spelling the animal names.  He then took the farm animals we have and set them up next to each matching picture.

At the meeting, I had the privilege of reading aloud and working with the older siblings this time, so I don’t have a lot of information on what the younger ones did.  I do have a couple of pictures, however. 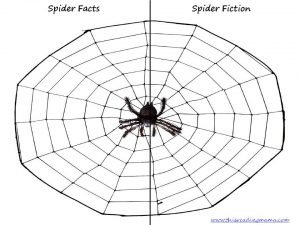 As the older kids arrived, they got to work on this spider sort I created called Spider Fact from Fiction.  They used the spider web sorting mat (above) to glue down these statements about spiders: 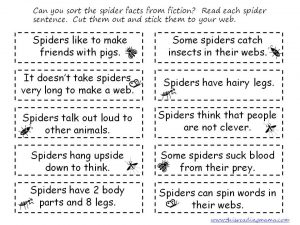 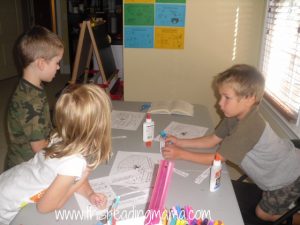 I planned this to be an individual activity, but it ended up being a group activity and I was just fine with that. 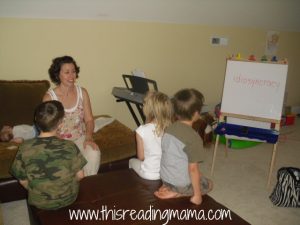 Then we gathered to read chapter 12: A Meeting.  Before reading, I wrote down the word idiosyncrasy (Yes, I spelled it wrong in the picture…they never noticed!) and we discussed its meaning.  There were several vocabulary words I could have pulled out, but most of them could be figured out by context.  This word would not have been figured out as easily, even with context.

After we finished reading the chapter, I wrote down the word assembled.  I did a little mini-lesson on figuring out word meanings by using context.  I showed them the picture of all the animals assembled for the meeting and read this sentence again, “’What’s up?’ he asked, seeing the animals assembled.”  I let the kids help me figure out what assembled could mean.  After some discussion, they agreed on, “all together”.  Sounded good to me!  We talked about how people and things could be assembled…a church congregation, parts to a chair, etc. 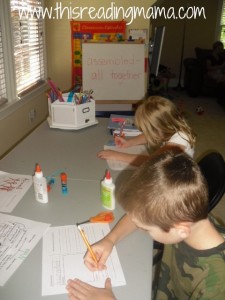 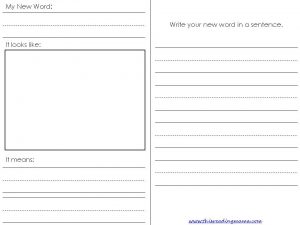 All the younger siblings assembled in the playroom and listened to Anansi the Spider. 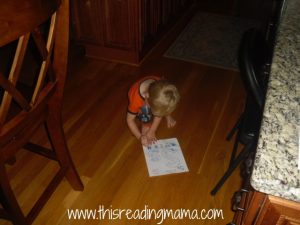 They also did an S coloring sheet, talking about the letter s and its sound.  And after all their hard work, they enjoyed some play time!

After everyone was finished with their lessons, we all gather to do a spider craft.  By the way, this craft was great for the older and younger siblings alike; great for scissor cutting practice! 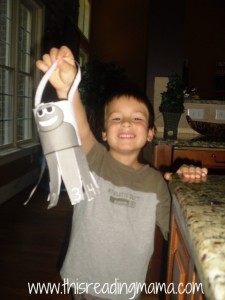 We only have two more meetings before we’re finished with the book!  At the rate we’re going, though, it may take us two more months! 😉