I’ll have to admit, the letter x was the most challenging letter, yet.  Not because NJoy didn’t get it, but because I had a hard time finding printables that focused only on the /ks/ sound of x.

My two favorite places to find letter of the week printables (1+1+1=1 & Confesssions of a Homeschooler) both use xylophone as their theme, which focuses on the/z/ sound that x sometimes makes.  While I did use a few of their printables, I did a little more searching online and did some creating of my own.

Just a side note: You may want to “like” my FB page because I give my readers a heads-up early on printables coming out.  I also post other helpful hints and photos that I don’t post on my blog.

Our theme for the week?  X MARKS THE SPOT & Pirates 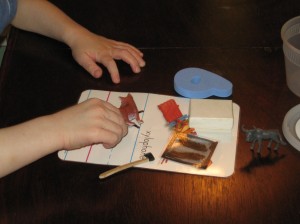 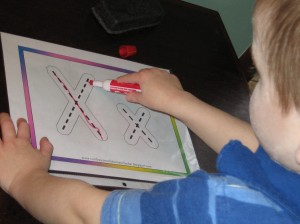 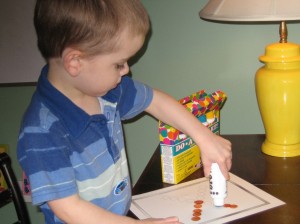 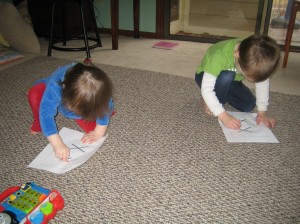 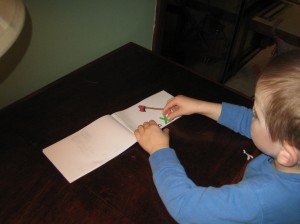 FREEBIE #1: X Marks the Spot Book: Find the missing letter X in the words–Reading The Alphabet Mystery inspired me to make this little book.  We used “X” stickers, but you could also use stamps. 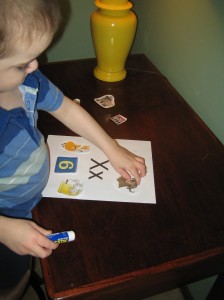 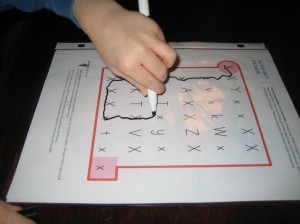 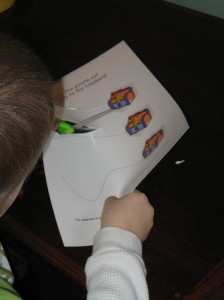 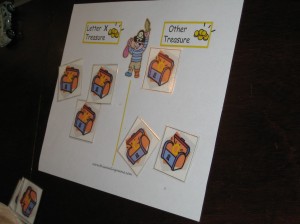 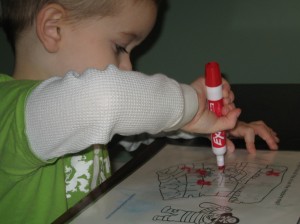 FREEBIE #4: Can You Find the X’s?  I put my printable in a plastic sleeve and he used expo markers to trace the x‘s, but you could also use do-a-dot paint, pom-poms, or bingo chips to cover the x‘s. 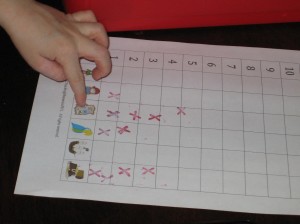 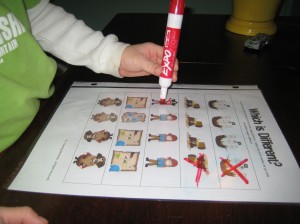 Which picture is different?  We usually circle the one that’s different, but I thought we’d try x’s this time! 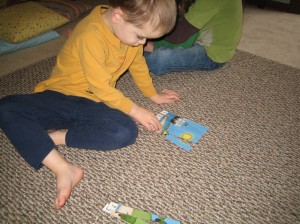 Pirate 1-10 Number Puzzle: This week, we tried Velcro on the back of the puzzle pieces; which sticks to our rug.  The only problem with my carpet idea was that MBug tried helping a little too much, making NJoy (and mama) a little frustrated. 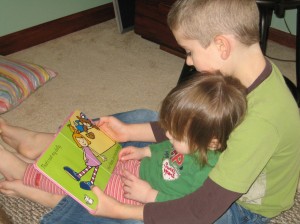 Sweet ALuv took her in his arms and read her books.  Of course, she loved it! 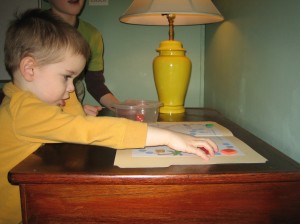 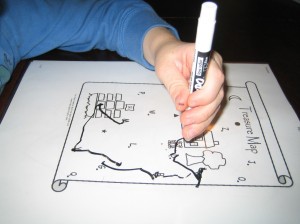 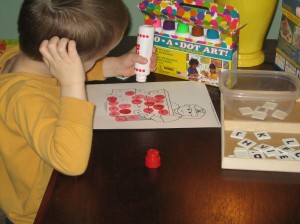 Letter Treasure Hunt: he stuck with it this time and finished the whole sheet in one sitting-a first!  I put the upper case letter tiles in a box.  He pulled one out, and dotted the matching lower case letter on the sheet. 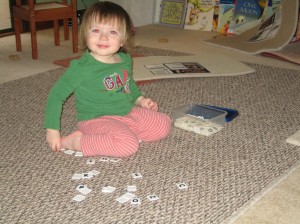 MBug’s turn to play with the letter tiles…my, oh, my!  Don’t be fooled, this smile came only after a 10-15 minute melt-down over getting her beloved do-a-dot paint taken away.

FAVORITE OF THE WEEK:  This spur of the moment “treasure hunt” was by far NJoy’s highlight of the week.  If I’d thought about it, I would have had him wear our pirate hat from our dress-up box! 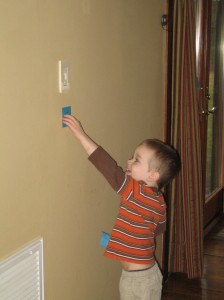 I simply took 8 sticky notes, wrote a letter on each, and “hid” each one.  On the final sticky note (which I hid a little more out of sight), I wrote an X and attached a little bag of candy to it. 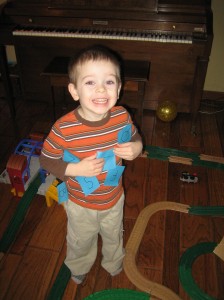 He went around, finding the letters (and sticking them to himself) as I called them out, 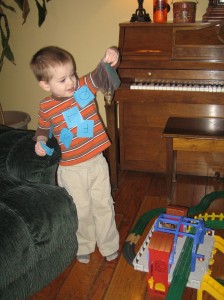 and found the “gold” at the end.  I used the almond-filled Hershey kisses because the wrapper is gold, but would have used the chocolates that look like coins if I’d planned ahead a little better.  He loved this so much, that he kept re-posting the letters, asking MBug to find them (of course, she didn’t quite get it).

I’ll be the first to admit, I’ve been VERY, VERY lazy lately.  We haven’t been to the library in some time (shame on me, I know); so we didn’t have any pirate books to read.  I do have one, but I didn’t feel it was appropriate for NJoy.  BUT, I did dig through the attic and find The Alphabet Mystery by Audrey Wood, which focuses on the letter x- a very cute read as well.

We did, however, watch the Veggie Tales’ The Pirates Who Don’t Do Anything (just the silly song) over and over and over again.  You can view it here.  There is actually a Veggie Tale full-length movie, but we don’t own it. 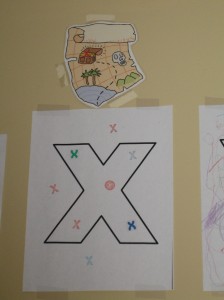 FREEBIE #5 At the end of the week, we hung up an “X Marks the Spot” picture above the X on NJoy’s Word Wall.

Aye!  There you have it, Matey…our letter x week.  Thank you for joining This Reading Mama on a literacy journey!