Recently, ALuv and I did a syllable sort.  It had been a long time since we had talked about syllables and I felt fairly certain that he could count and identify syllables in a word, an important skill for emergent readers.

I decided to put a new spin on the concept, though.  My goal was for him to discover from this activity that longer words typically have more syllables and more letters.  I also wanted to help him hear how the longer/shorter words sound and be able to apply that knowledge to words in print (part of print awareness).

1. Reviewed the concept of syllables (to ensure he really understood it)

Mama: “You already know that words have bigger parts in them called syllables.  Listen to the syllables in my name: Bec-ky.  2 parts; 2 syllables, right?  What about your name?”

ALuv: I say his name with him, emphasizing the syllables by saying them slowly and nodding my head with each syllable, “2 syllables!”

Mama: “Yes, let’s try a few more.”  We look around the room, naming objects.  I slowly begin to take away the hints (like the head nodding) and he begins to show me that he can do it independently.  I knew he was ready.

My pictures came from a book I had bought concerning phonological awareness years ago and is buried in the attic somewhere…so I’m not sure of the title.  BUT, if you click here, you can download this PDF file for some free picture cards and activities to go with them! (Check out pp. 15-35)

He did this, but had some trouble placing the cards with 2 syllables.  Some went in long and some went in short.  I didn’t correct this upon sorting, but gently pointed it out as we reviewed the pictures. 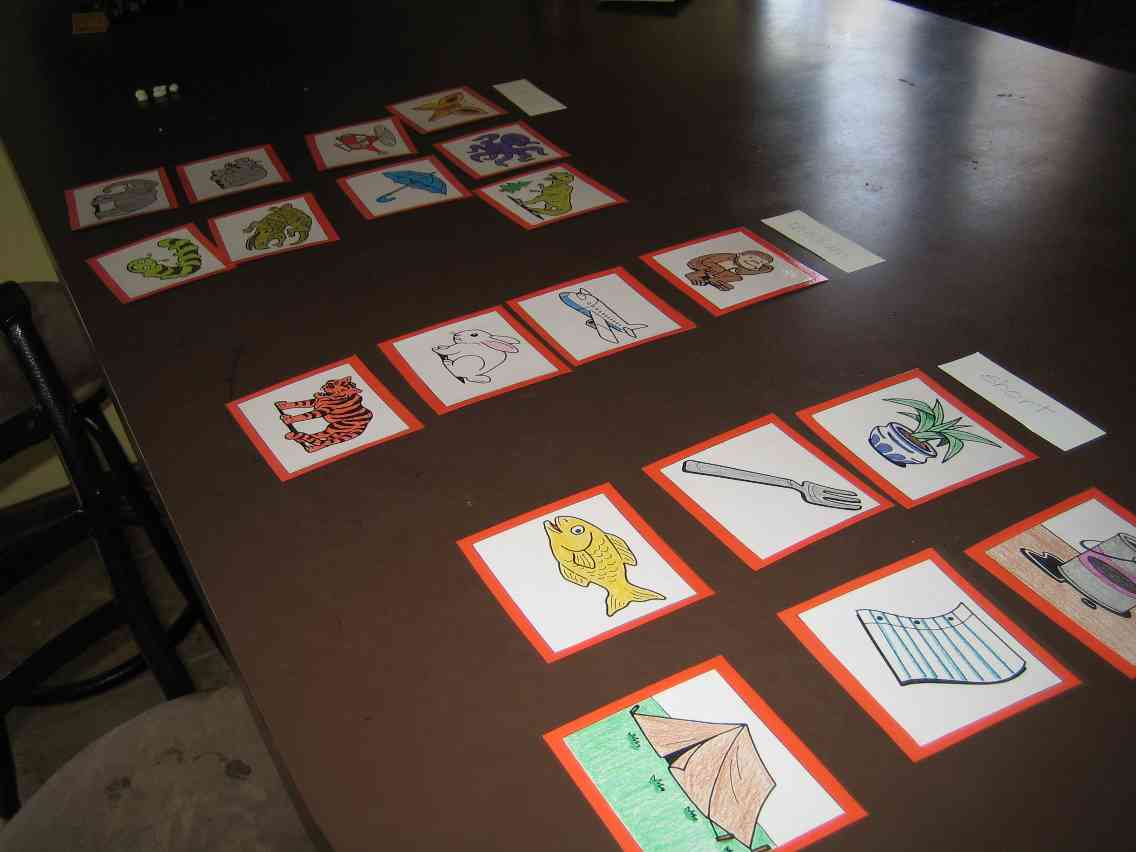 So he added “Sounds like a Medium-Sized Word” for a place to put all the 2 syllable words.

Mama: “Did you notice anything about the words that sounded long?”  (ALuv: blank stare)  “Did they have a lot of syllables or only 1 or 2?”

ALuv: “They have more syllables…like umbrella has 3 syllables and it sounds longer than plant.”

3. Re-sorted Pictures by Number of Syllables

We did this as he wrote the numbers (integrating handwriting and numbers) to serve as headers for the sort.  PS- I try to integrate content areas whenever possible. 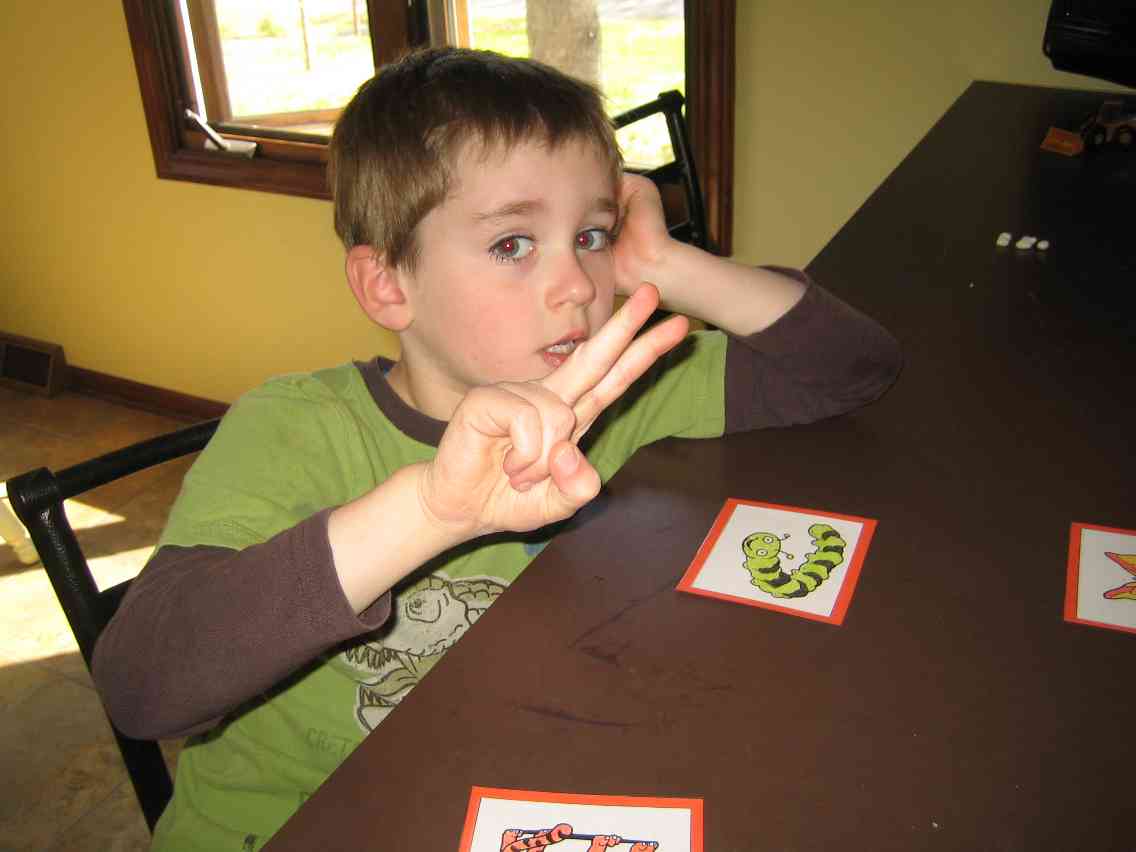 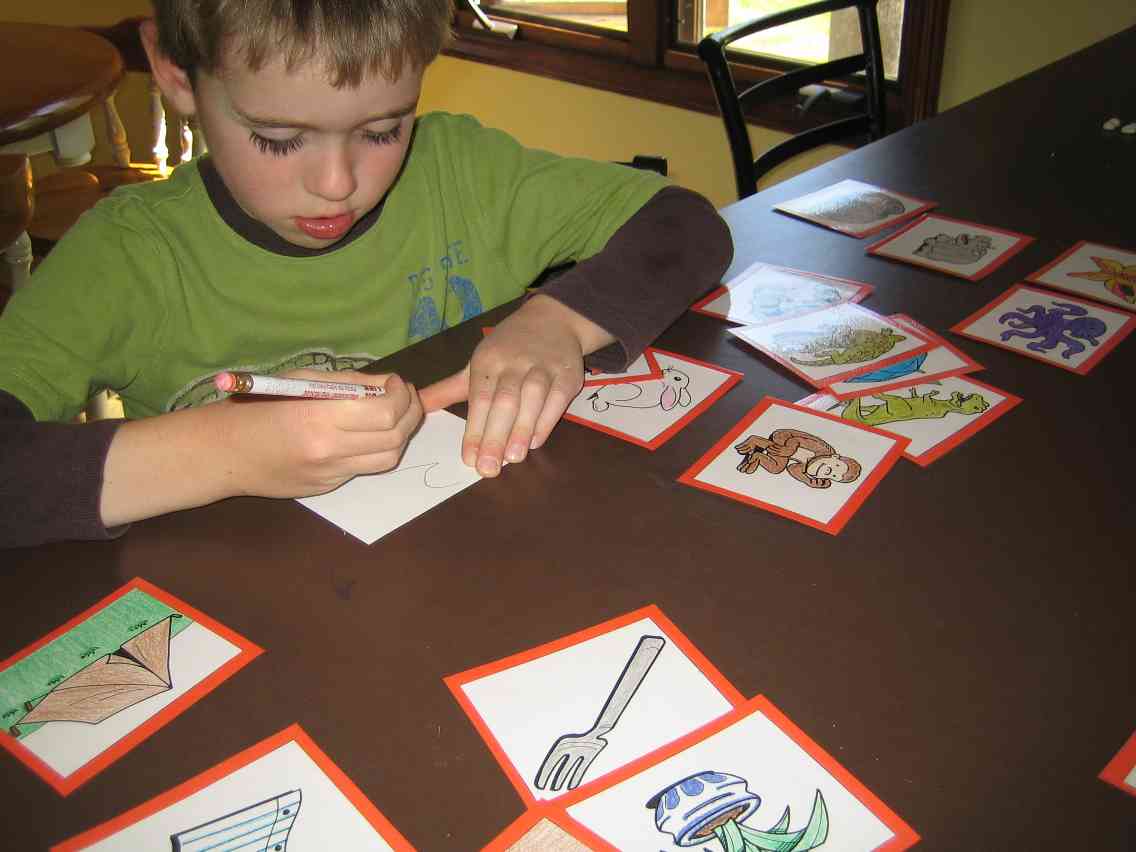 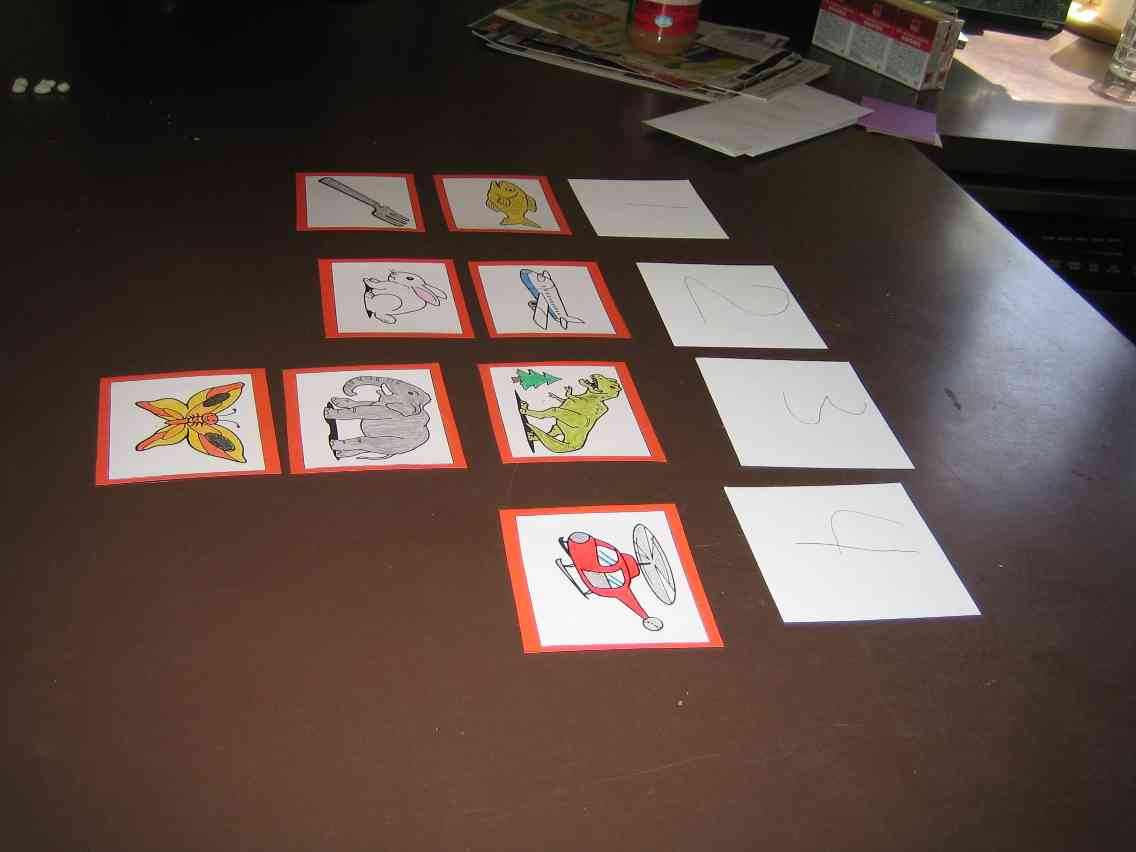 4. Discovery of Syllables in Print

Mama: “You told me earlier that when a word has more syllables, it sounds like a longer word.  And you were right!  But, what do you notice about how long the word looks when it has more syllables?”  On the back of each card, I had written the word and the number of syllables; a great way to make this activity self-checking (see yesterday’s post).

ALuv: “It has a lot more letters!”

Mama: “Great discovery!  Look at hippopotamus and then look at hat.  Hat sounds shorter and has less letters than hippopotamus.  They both start with the letter h, so you have to use more clues than that to help you read the words.  You know that this (pointed to the word hippopotamus) could not be hat because it sounds and looks too long, right?”

We looked through the other words and discovered that most of the words with more syllables were longer words-had more letters.

Spelling: While ALuv was trying to spell the word locomotive the next day, I asked him to find a book with that word in it.  Before he opened the book, I asked him if he thought it was going to be a long or a short word.

Reading: While reading a book, I will sometimes ask ALuv to find a word that I’ve said on that page.  When he finds it, I’ll ask how he knew it was the word I said.  His response is usually, “Because it started with the letter ___.” (common for his stage of development)  But his latest response to finding hippopotamuses, from The Caterpillar and the Polliwog by Jack Kent, also included, “Because is has 6 syllables and sounds like a word that has a lot of letters.”

Why does this reading mama even bother with syllables?

The ability to detect syllables within a word is part of phonological awareness (being able to break words into sounds).  In the summary of her book, Beginning to Read: Thinking and Learning about Print, Marilyn-Jager Adams says, “Studies have shown that the ability to detect syllables in speech or to segment syllables from speech predicts future reading and is related to the reading progress of beginning readers.” (pg. 53)  Plus, it’s fun!