Here are a few more things ALuv and I did with the -at Word Family.  These were not done all in one day; rather stretched out over a week.

Timed Sorts. ALuv re-matched the words and pictures to review.  He matched them again as I timed him.  The third time, I asked him if he could do it even quicker to beat his own time.  He did, but didn’t want to go for another round. 🙂 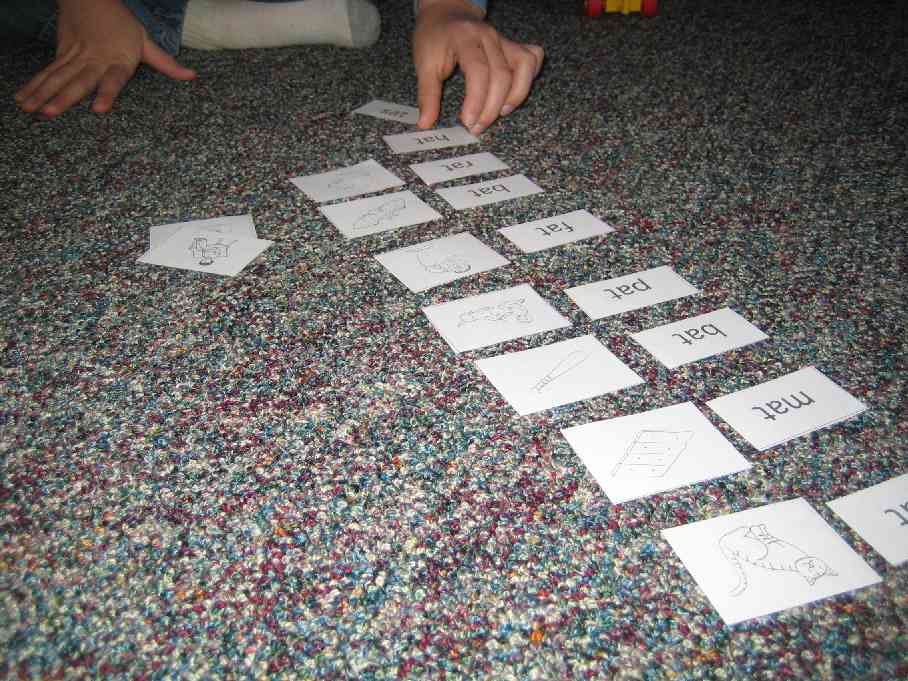 We made a flip book. The onset (or beginning letter) goes on the left side, the rime in the middle, and a picture on the right to match the entire word.  If you don’t have pictures, the child can draw them. 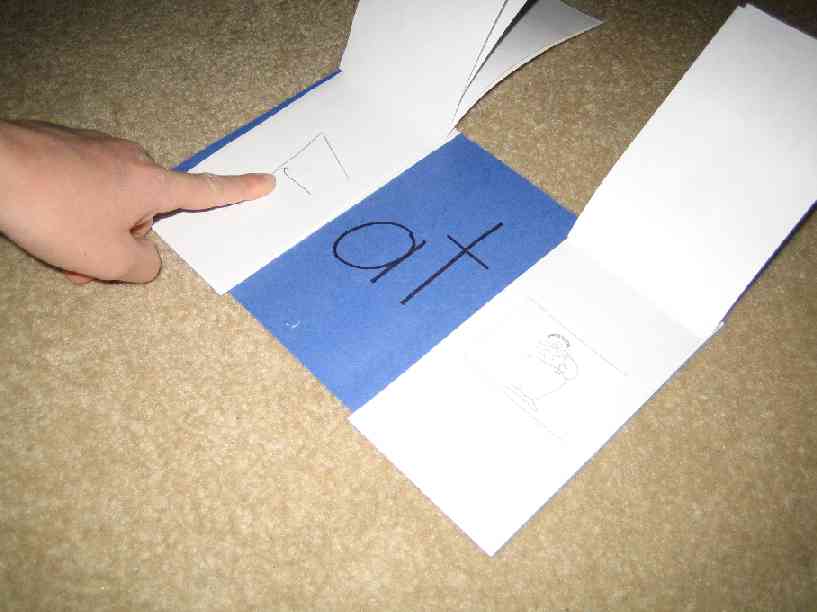 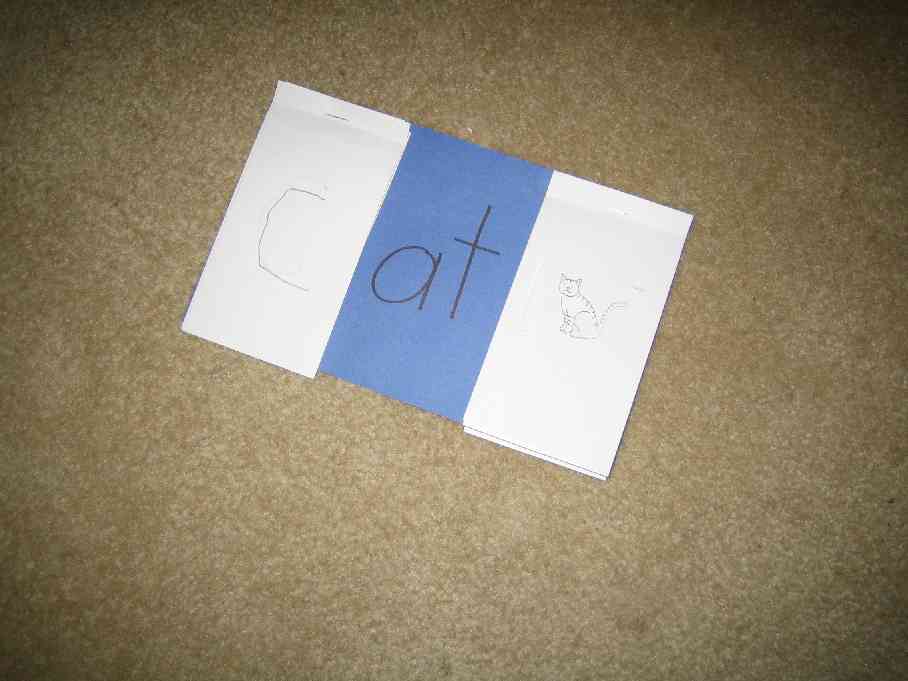 Read Cat on the Mat again, then built the sentences back from the story. 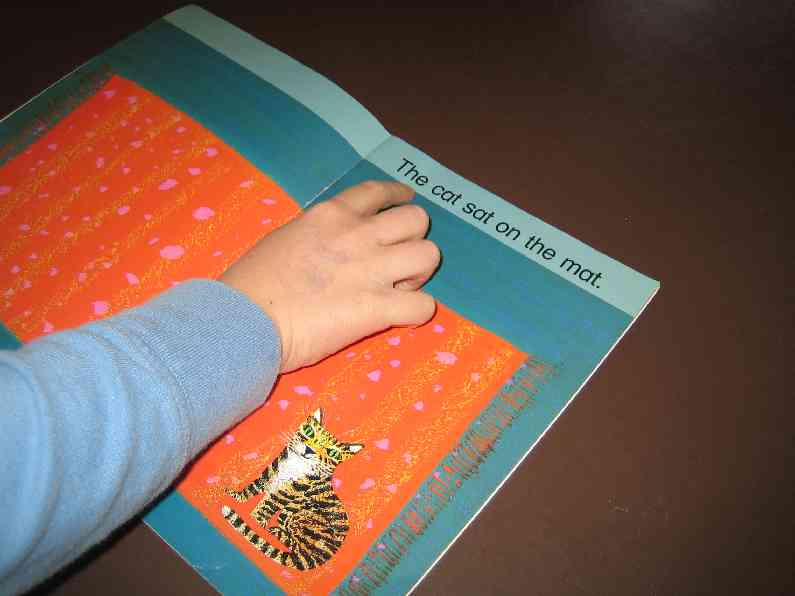 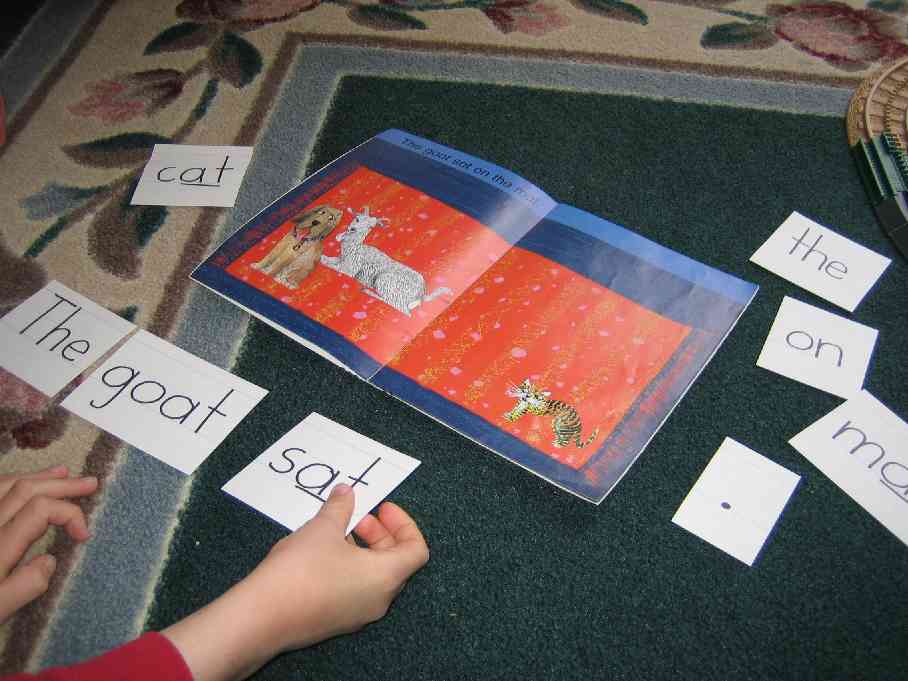 Played “I Spy” with words.  We laid out all the -at words.  I said, “I Spy the word /s/-/a/-/t/.”  He had to blend the three sounds together to figure out which word I was saying.  He didn’t have any trouble with this.  If your child does have trouble blending the sounds in words, refer back to my post on releasing responsibility to your child.

I’ll show you a few more activities we did in another post.