I just couldn’t pass up doing L is for Leaves this time of year, but was a bit nervous I would have a hard time finding printables, seeing that one of my most favorite letter of the week resource used ladybugs for L (I still got some L activities from her).  But between Carisa’s L Tot School Printables , Homeschool Creations, and 2 Teaching Mommies, they had me covered! 🙂

Here are some of the activities NJoy did with L: 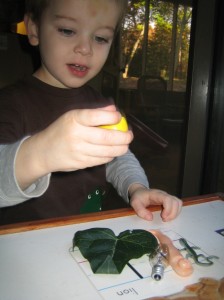 Just a side note: As we’ve begun to do a letter each week, I’ve noticed that NJoy doesn’t always remember which letter says what.  At first, this greatly frustrated me, but then I realized…he just turned three!!!  I’m going to let him show me his pace.  He loves learning and loves doing these activities (most days), so I’m not going to stress over this.  We still talk about each letter’s sound, but I don’t focus as much on making sure he knows each sound.  That’ll come in time. 🙂 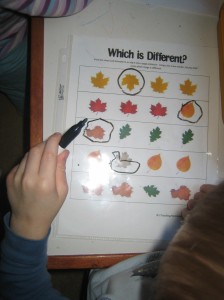 Which leaf is different? 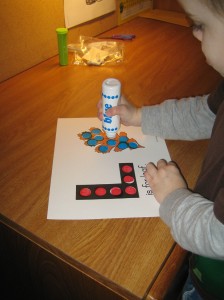 L is for Leaf 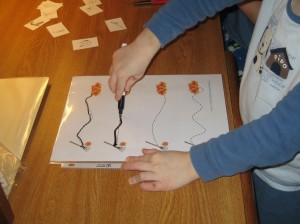 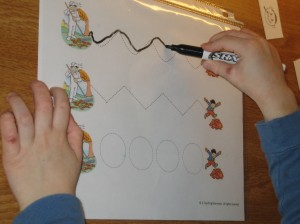 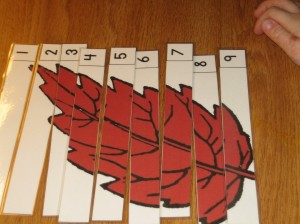 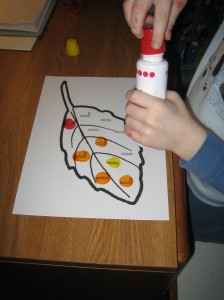 Dotting the L’s with Do-A-Dot Paint 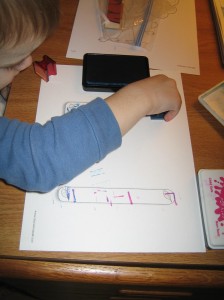 Stamping the letter L with our upper and lower case stamps 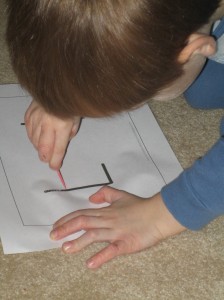 Erica’s L Poke Page: (He used a toothpick to do this.)  To say NJoy liked this activity is an understatement.  He kept asking me to print off one letter after another! 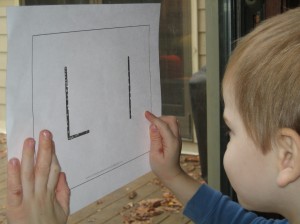 His favorite part was holding the letter up to the window to let the light shine through. 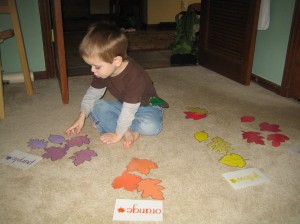 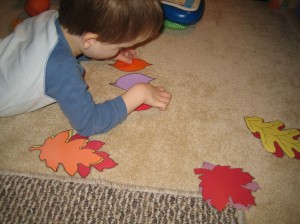 and then by shape.  This one was a bit trickier for him, but he caught on after I modeled it a few times. 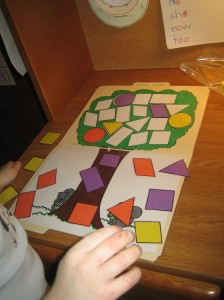 Sorting “leaves” by shape in this file folder game 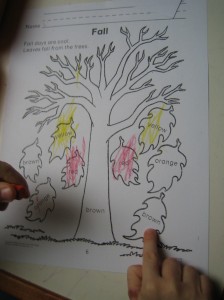 Coloring the leaves: I know I’ve knocked Dr. Jean’s Color Train song before, but it’s taught both my boys their color words.  I set this sheet in front on NJoy and just said “color”, not thinking he’d point to the leaf that said “red” and begin singing “R-E-D; red.”  He picked up a red crayon and colored the leaf red.  I challenged him to find the other red and he did.  We also did yellow the same way, singing the song.  I tell you, I have a love-hate relationship with that song.  It’s not so lovely when it gets stuck in your head!!!  We also own the book, but you can download these cards for free that go with it. 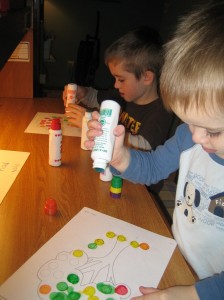 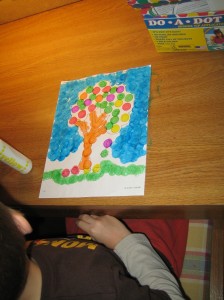 ALuv was particularly proud of his creation! 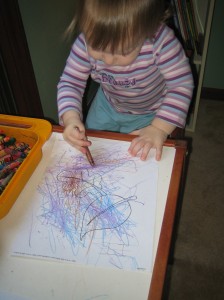 L is for leaf coloring, which MBug GREATLY enjoyed.  I think she spent about 10 minutes coloring this page! 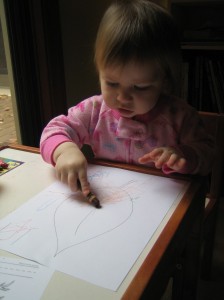 She also colored this one that I drew up for her on the spot.  This girl really likes to color, much like her oldest brother. 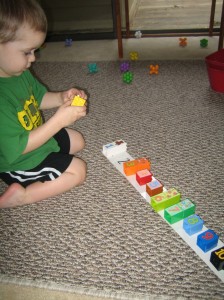 L is for Legos from this set.  This is a shot of him from this past summer (hence the summer clothes), but we did the same thing this time, too.  Life was hectic on this particular day, making it difficult to take many pictures.  Some days are just like that…“even in Australia”.  I laid out my sentence strip with #1-10 and he matched the blocks to the correct number. 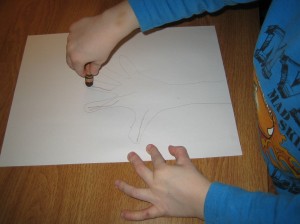 First, I traced NJoy’s hand and he “colored” in the trunk and branches of the tree. 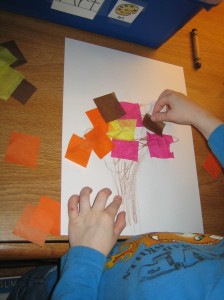 Then, he glued colored tissue paper to the tree and added a few on the ground. 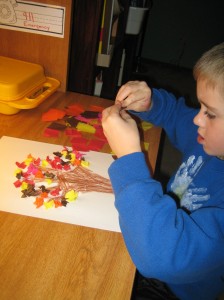 ALuv also did the same craft, except I used Annie’s idea from this post and he balled up the tissue paper to place on his tree.  Both trees turned out great and I hung them on our clothes line in the playroom. 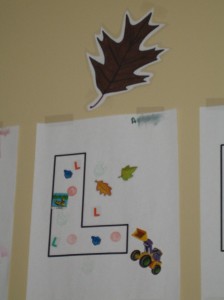 On Friday, we posted L is for Leaf on NJoy’s Word Wall.

« Dyslexia: What It Is & What It Isn’t
Saturday's Sites: Thanksgiving Finds »