The cool thing about literacy is that you can integrate it with any other content area.  Take, for instance, the caterpillar kit we have from Insect Lore.  As a public school teacher, I did this and the students LOVED it.  I have to admit that I was quite fascinated with it myself. 🙂  Jenae from I Can Teach My Child mentioned it on Facebook and it gave me the push I needed to do it with my own kids!  It took about a week for the caterpillars to arrive in the mail.

Here’s how this reading mama integrated science and literacy:  I had ALuv make observations daily and when he noted a change in the process, he wrote about it in a journal.  Quite simple, really.  When I told him this is what we were going to do, he replied by excitedly saying, “Oh, I get to use a journal just like Sid the Science Kid!”

Below are just some pictures of the journaled journey from caterpillar to butterfly…I’ll spare you from every entry of his journal. 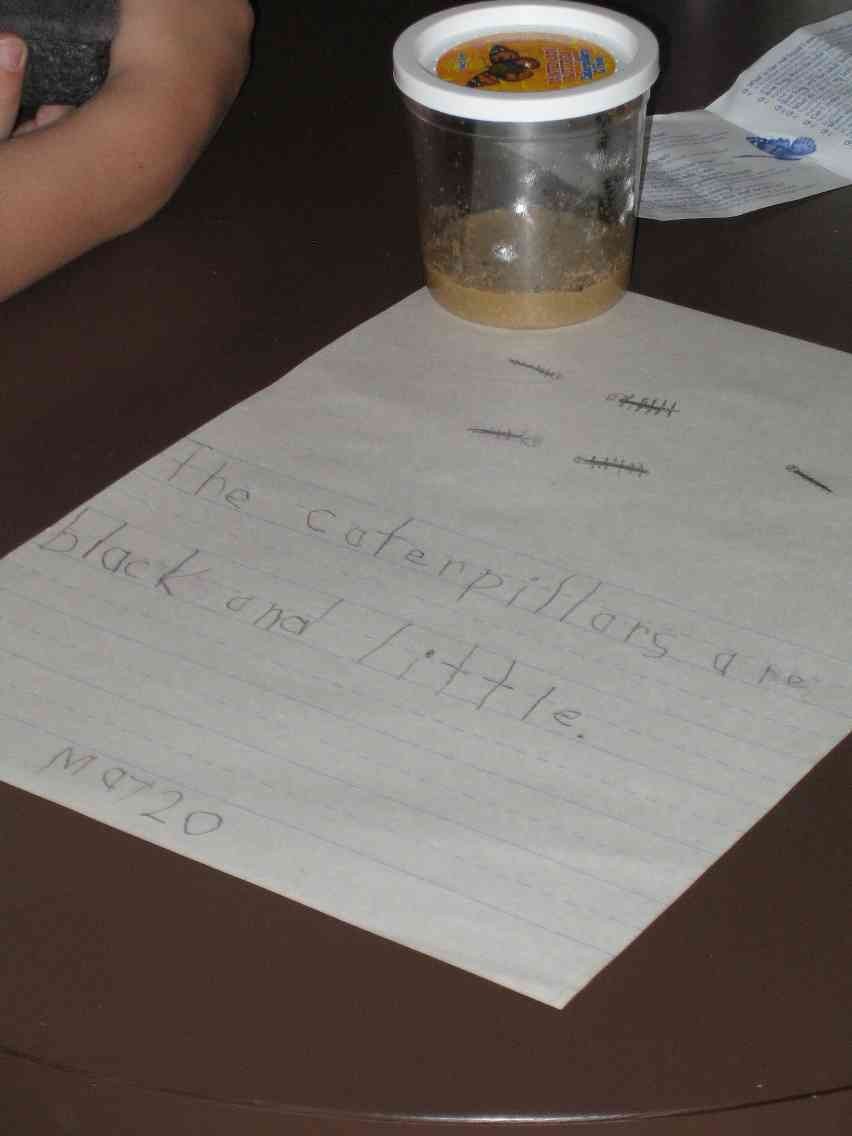 The caterpillars are black and little. – May 20 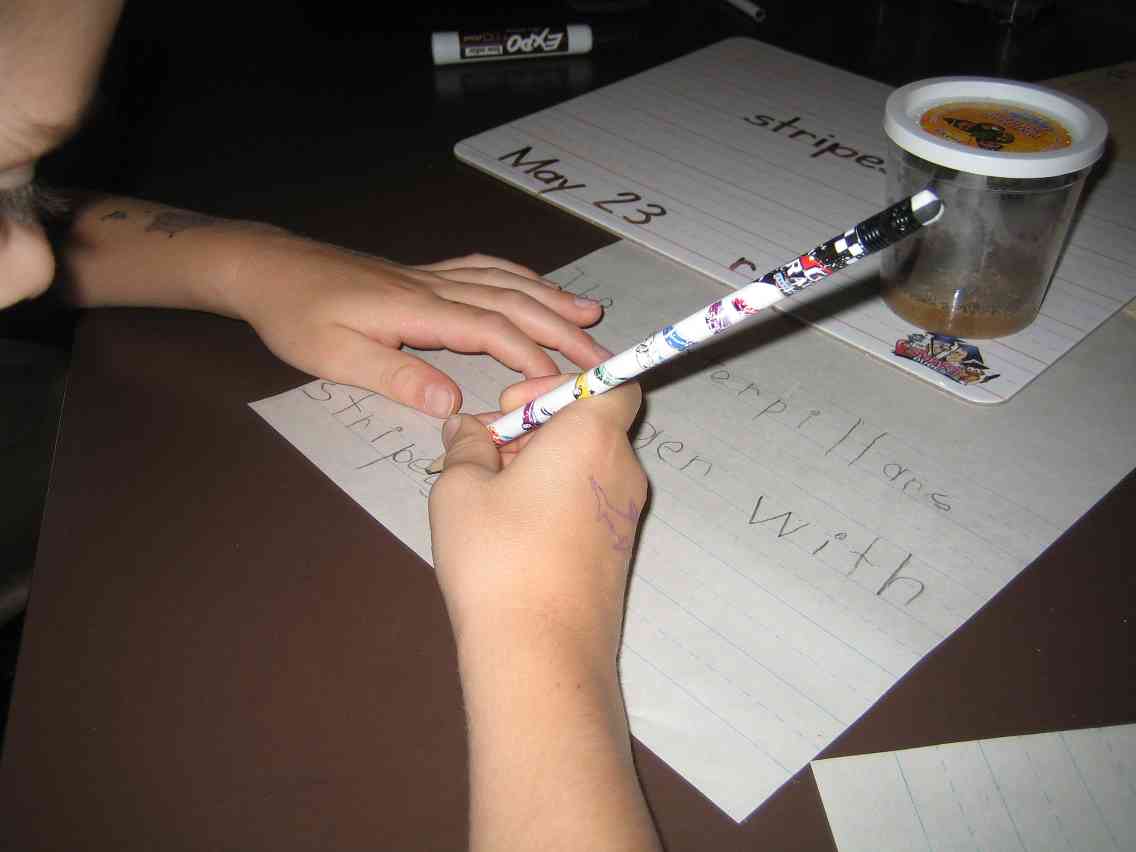 The caterpillars are bigger with stripes.  -May 23 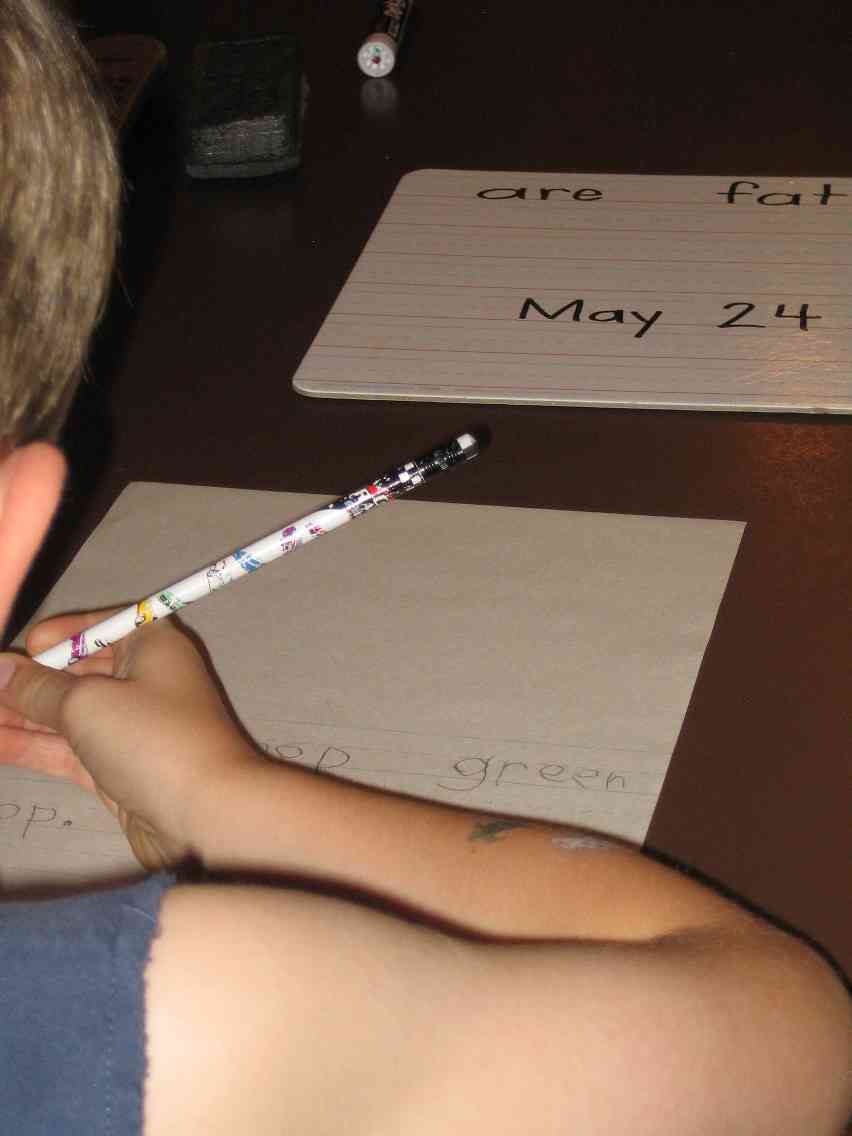 They poop green poop.  They are getting fat. -May 24; Mom’s favorite sentence…what can I say?!? 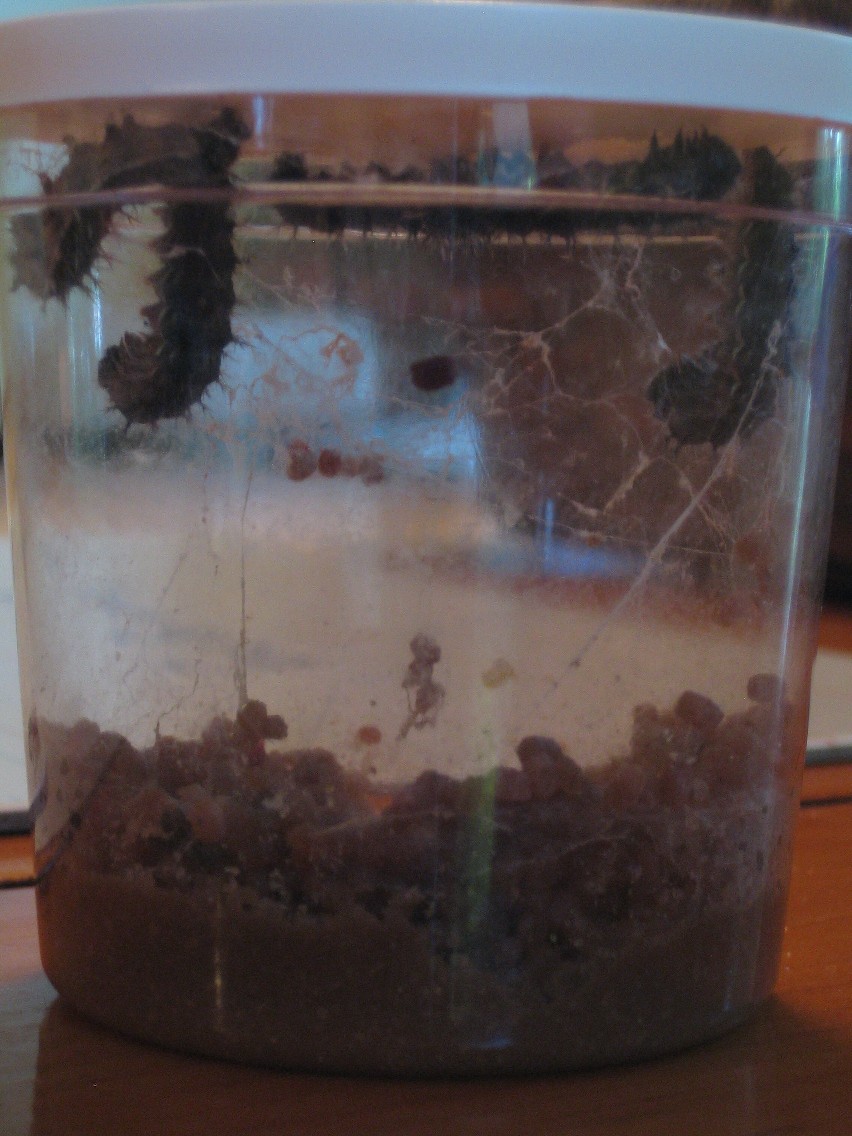 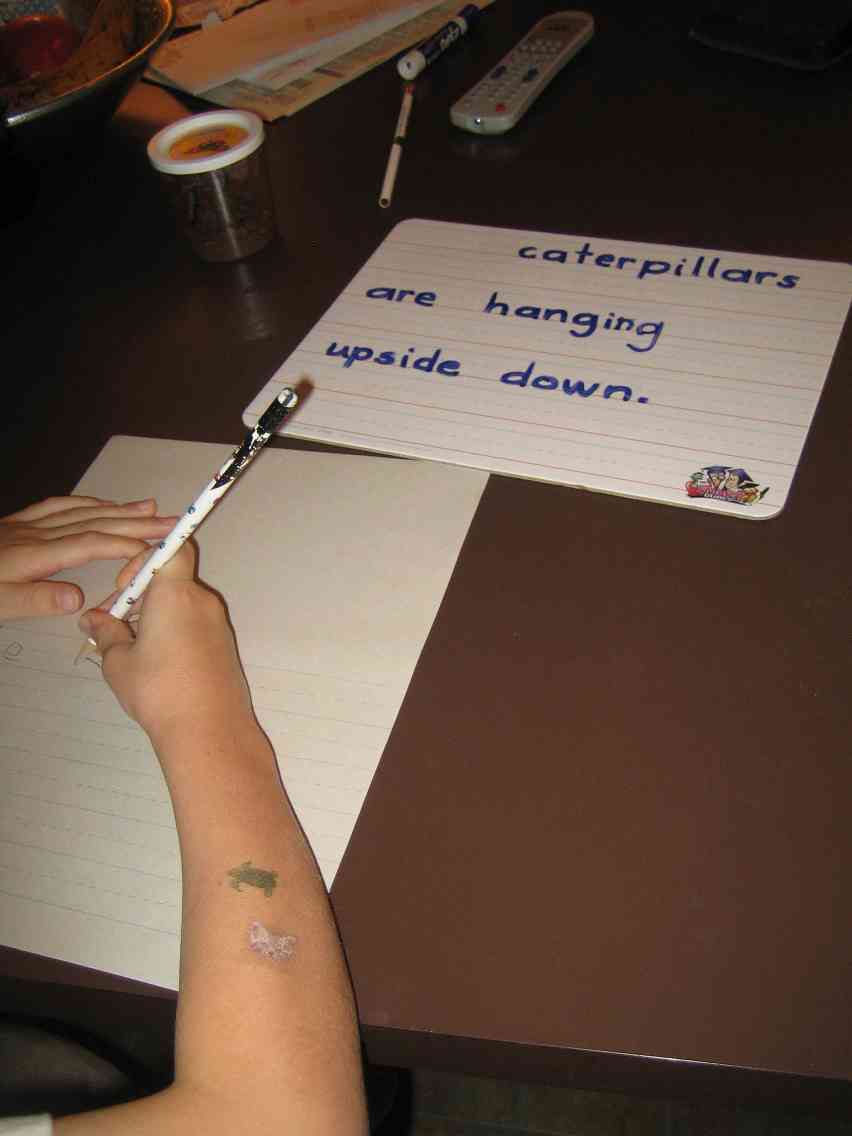 The caterpillars are hanging upside down. -May 26 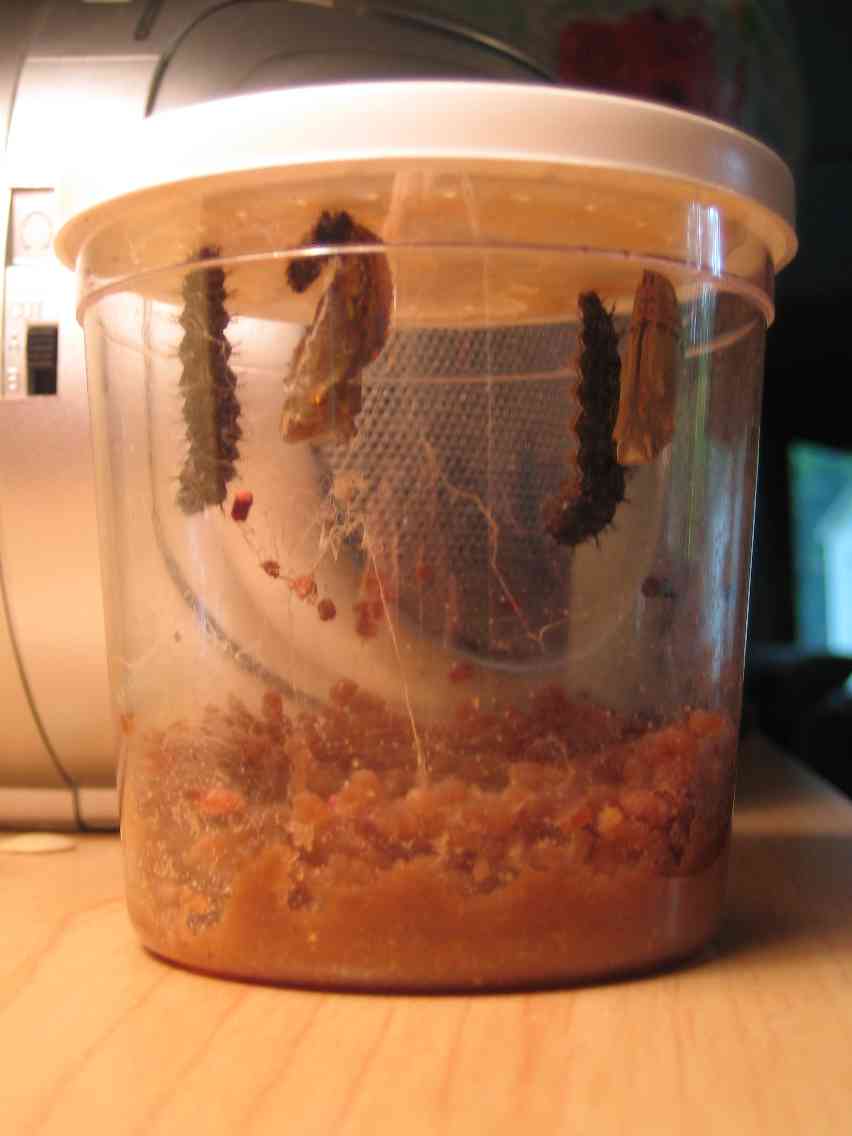 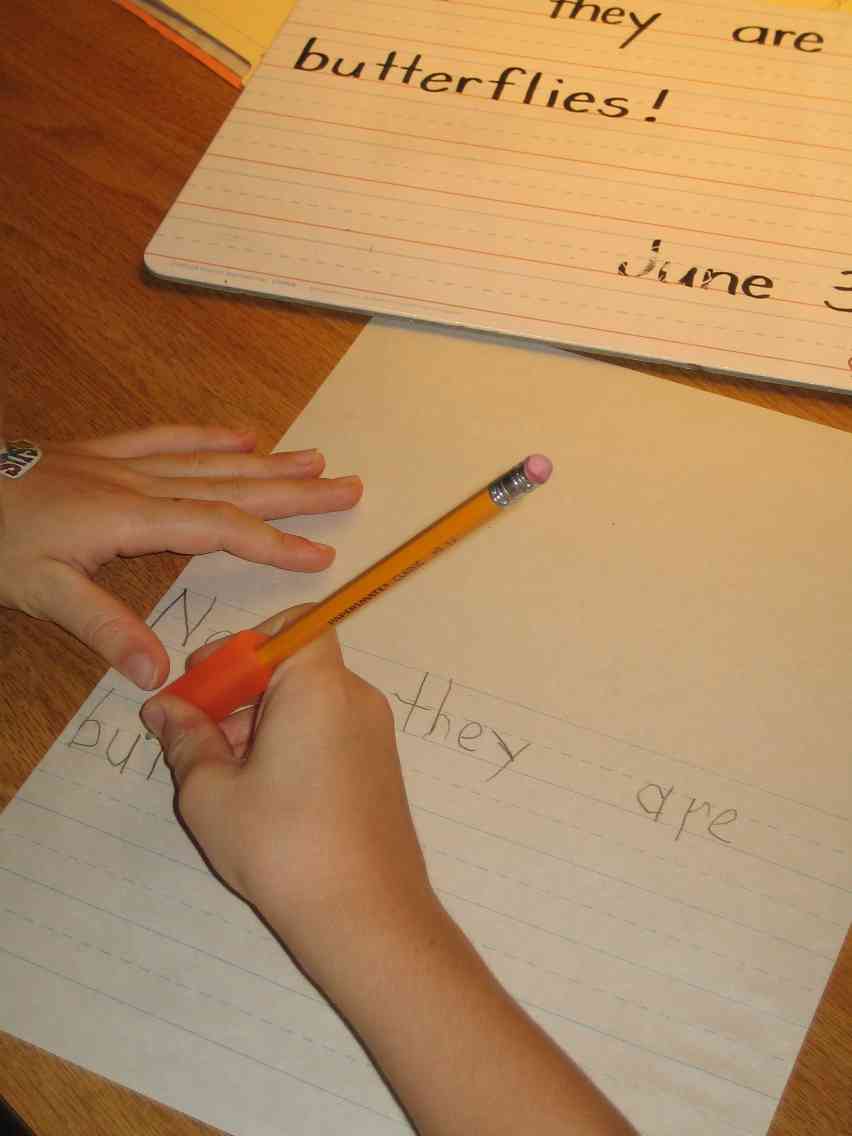 Now they are butterflies! -June 6

I also had him write about some of the butterfly behaviors he noticed while they were in the habitat.  Here is a really cool picture and one of his entries: 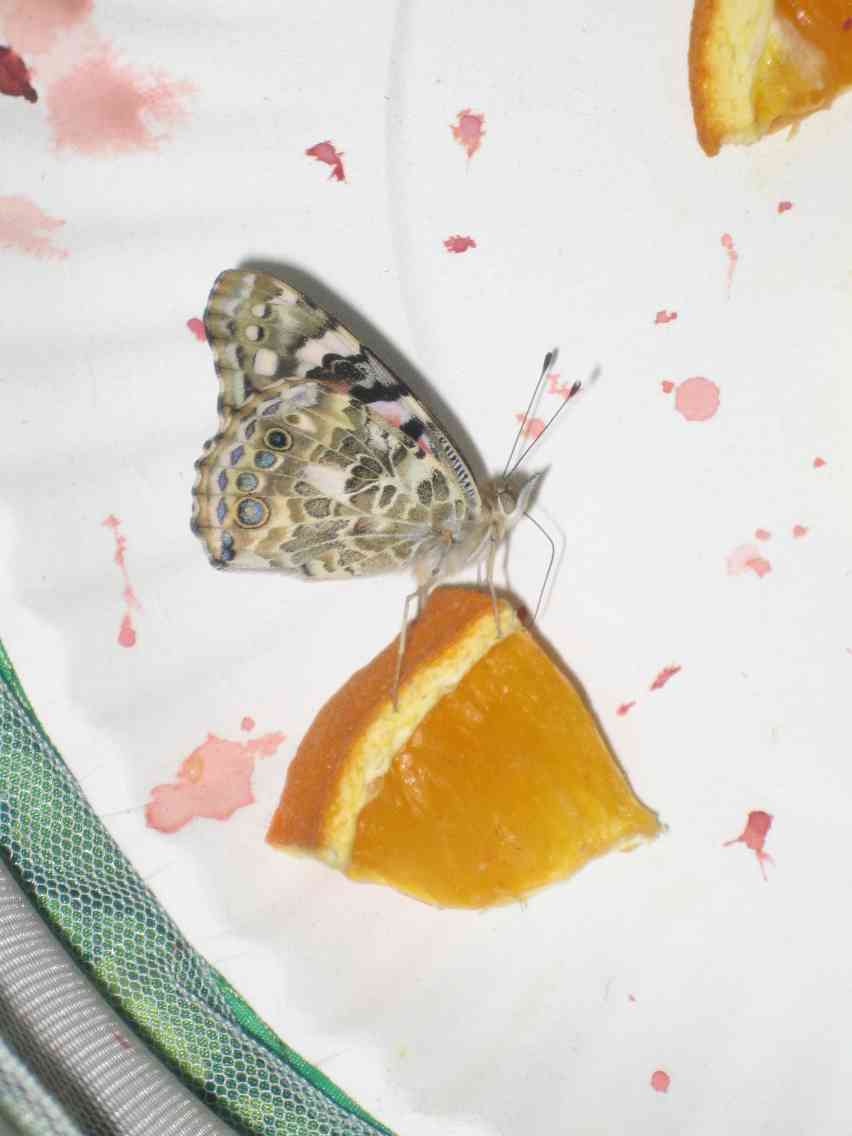 If you look carefully, you can see the proboscis (straw-like tongue) coming out to drink the orange. 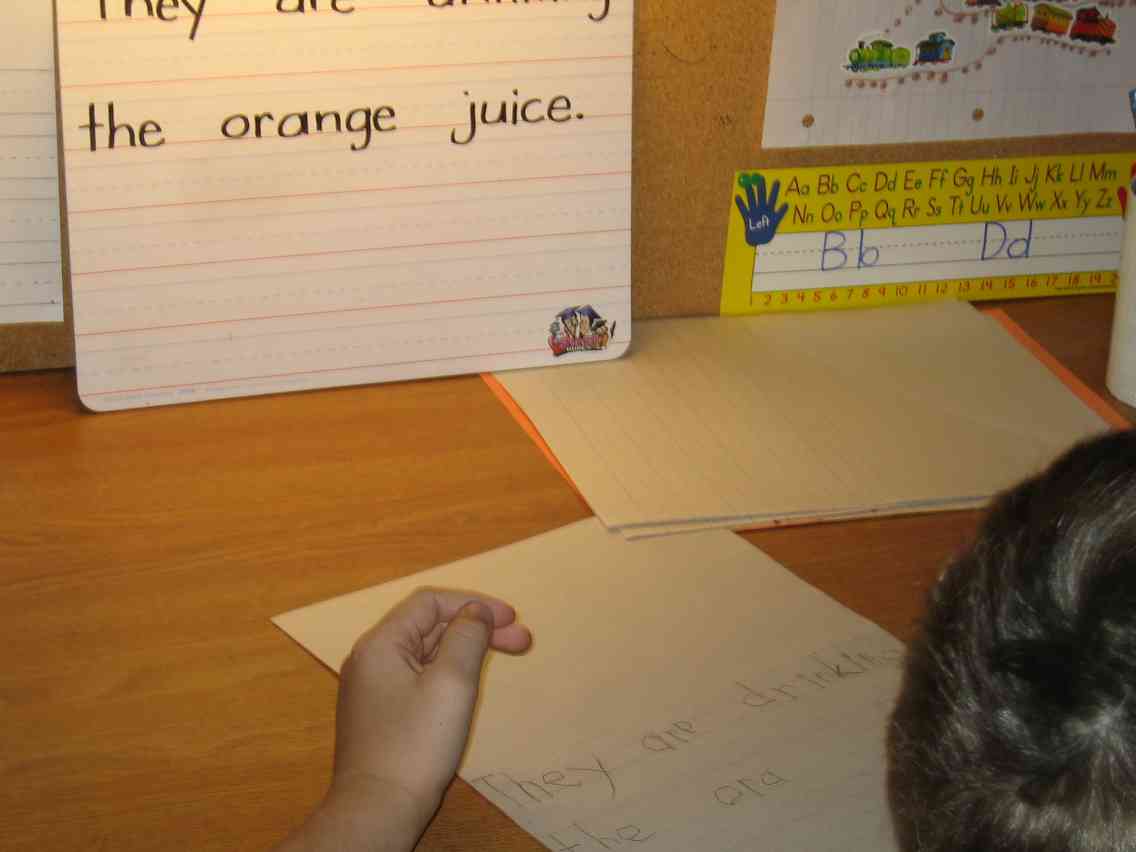 They are drinking the orange juice. – June 5

The process of getting him to write: After ALuv would make his daily observations, I asked him to narrow down what he wanted to write about.  He would tell me his sentence, then on my lined dry erase board, he would help me write the words.  (We stretched out the words, listening for sounds & used our Word Wall for sight words.)  Using my handwriting as his guide, he would copy the sentences.  And as you may have noticed, his handwriting is getting MUCH better!!  Yay!

Just a side note: For this assignment, I preferred that his spellings be conventional because this text will be read over and over.  There are other times where invented spellings are perfectly fine, like when he wrote HAPPE BERTHDA (Happy Birthday) to MBug the other day. 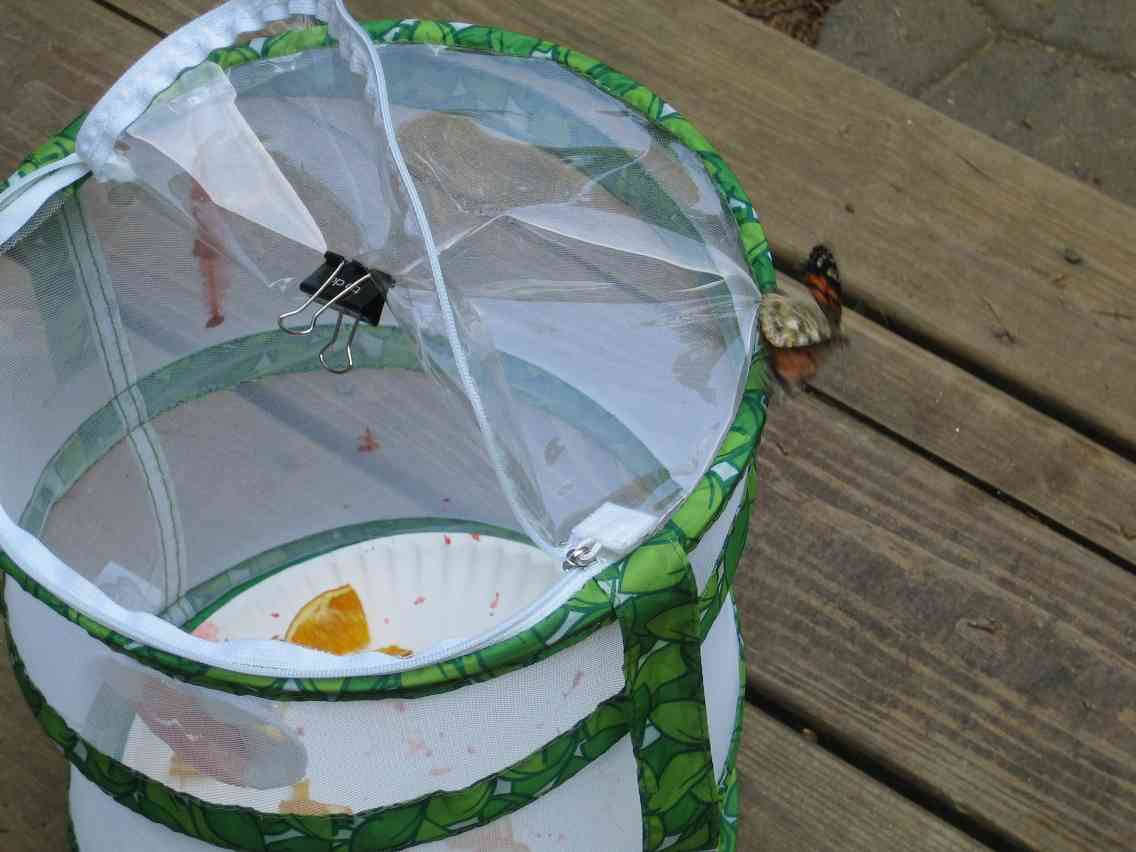 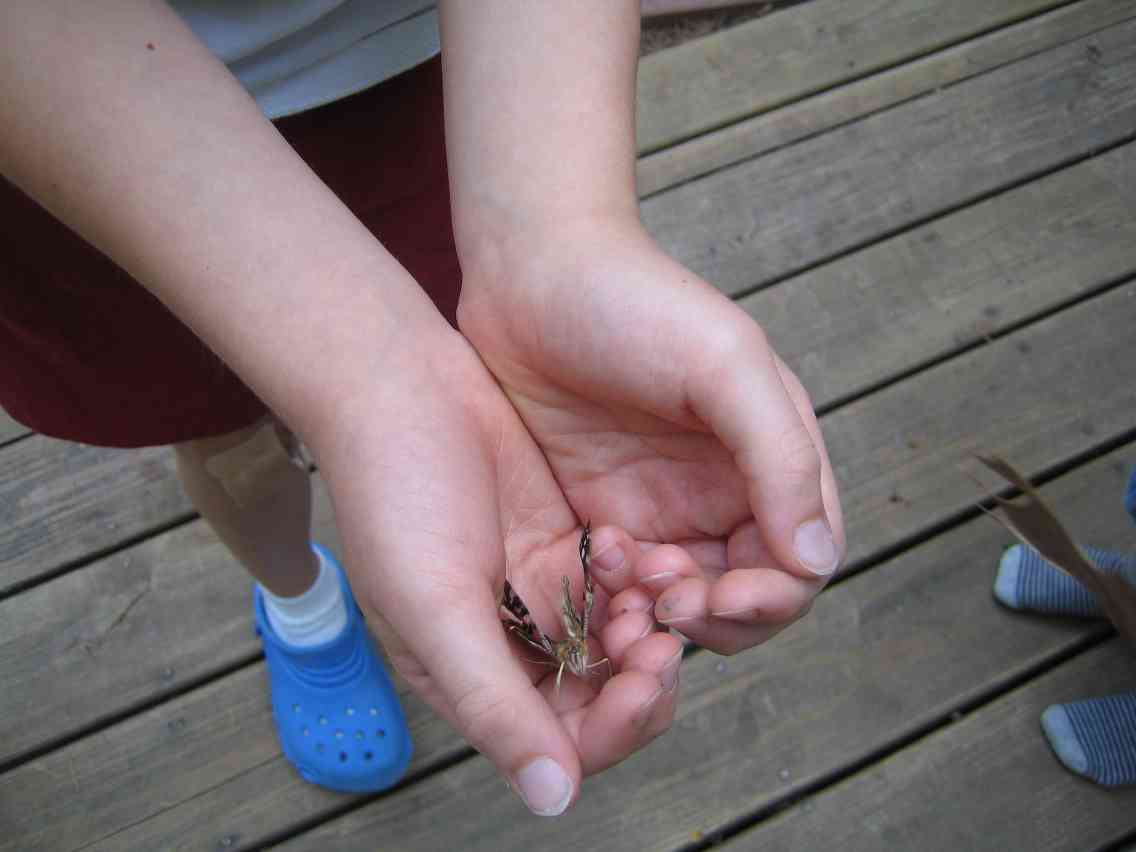 ALuv tried so hard to get the butterfly to fly, but he just couldn’t.

So ALuv decided we should keep him.  His name is officially Flutter and he still lives in our playroom.  He now has some green leaves and flowers from our yard to keep him company.

ALuv wanted to include one last page for Flutter. 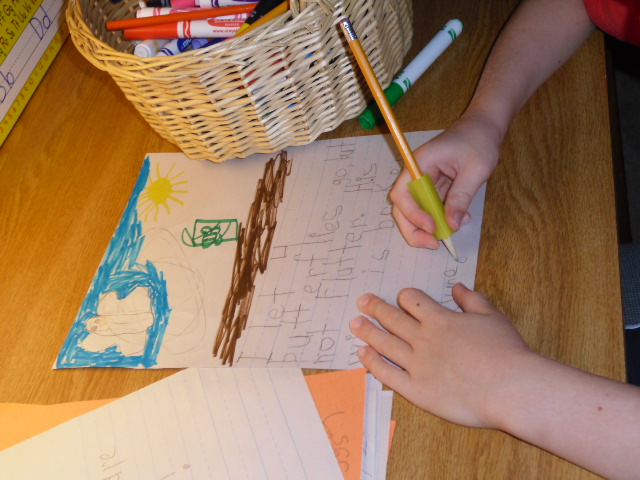 I let 4 butterflies go, but not Flutter.  His wing is broken.- June 5

I left him to draw the picture on his own and was very impressed when I returned with the attention to details!  Usually, he draws the bare minimal and refuses to give me any details. 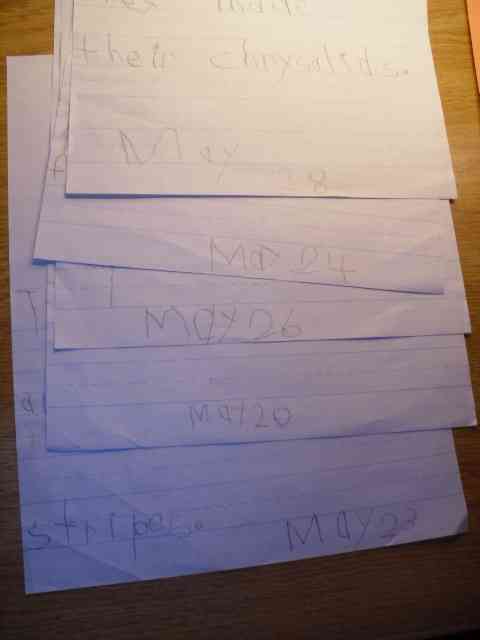 ALuv made a cover for his journal and we put the pages in order (this integrated some math skills as he had to look at the dates and get them in the right order) and we stapled it all together. 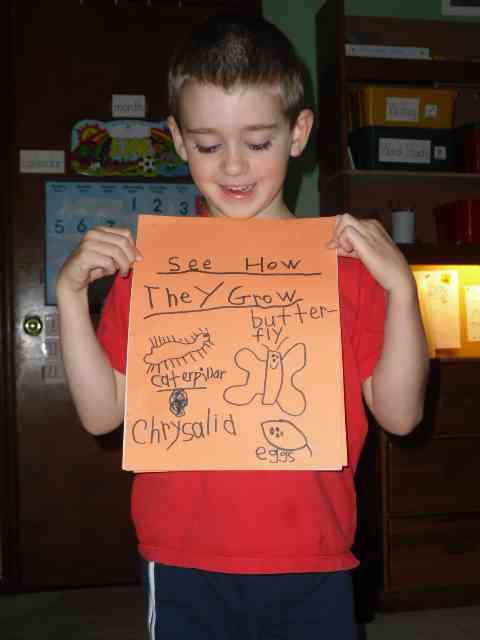 Here are a few of the read aloud books we read together during this process, yet another way to integrate literacy: