I’ve been working with NJoy (age 3.5) for some time now, trying to help him understand that the dot patterns on a die don’t change. Although he’s had multiple and meaningful exposure with dice games, like our grid games, he still feels the need to count the dots on the dice each time he rolls. I was trying to think of a way to break him of counting each because I know he can do it without counting! 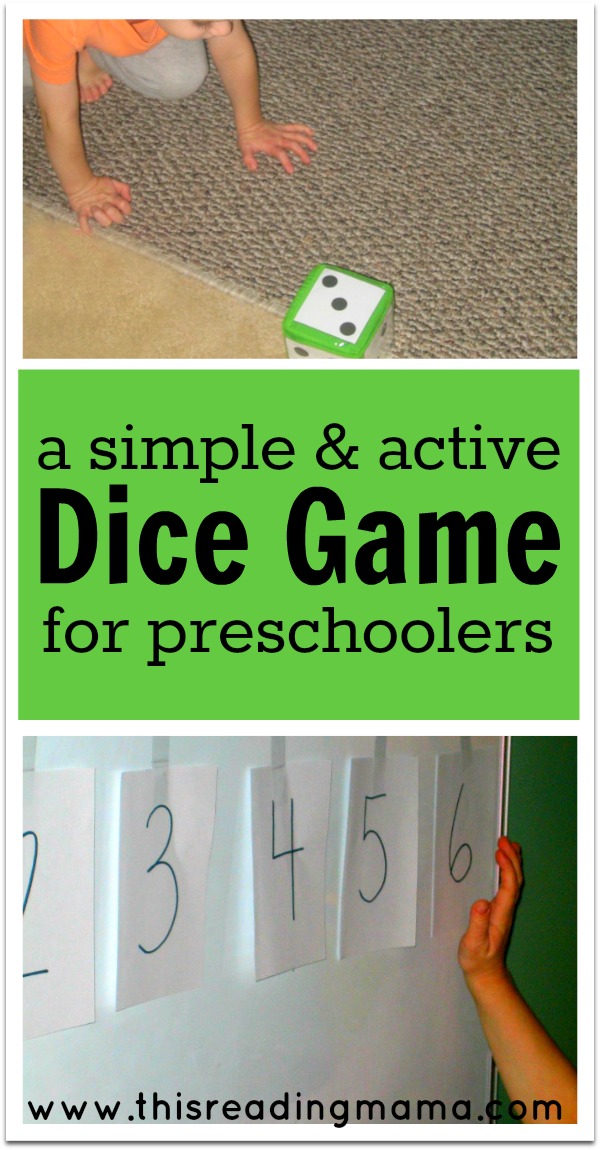 Just recently, we played a face-paced game that required throwing our Photo Stacking Blocks, running, tagging, and shouting…all up his alley. And boy the light bulb came on!

To prepare, I created some dice pattern inserts that fit into our Photo Stacking Blocks. Then, I simply wrote the numbers 1-6 on little pieces of paper and taped them to our wall (high enough so MBug couldn’t tear them off in the middle of our game). 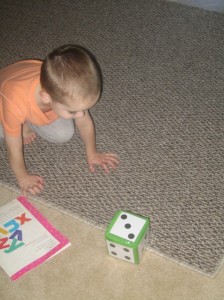 He threw one die across the room.  (I love these blocks; they’re soft and won’t hurt anything.) He identified the number as quickly as he could, shouting out the number, 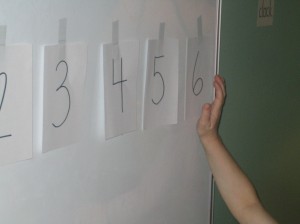 then ran over to the wall and tagged the number.

He stuck with the game for about 5-6 minutes, then ran to the kitchen, begging for some water. You know you’ve worn them out when they ask for water! But in that 5-6 minutes, he must have rolled the cube and identified the dot pattern at least 20-25 times.  Talk about multiple exposure. Yay! 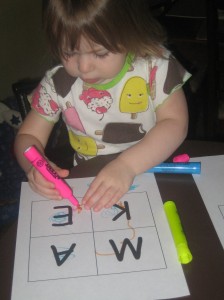 MBug (age 2) wanted on the fun when he was taking a break. I made up a few plain ABC inserts (update: you can find FREE alphabet inserts HERE). She colored them first (because she loves to color). I cut the letters out and let her throw her die. 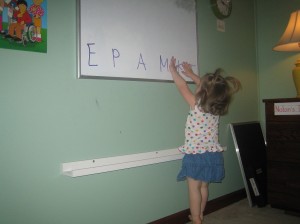 She did the same activity, except with a few letters and loved it, too!

This activity is seriously SIMPLE, yet highly effective for those active learners. He begged to play the game later that day and enjoyed it just as much. (Update: I was amazed at how much this activity helped him understand the dot patterns on dice. I don’t remember that we ever had to revisit that skill again because it clicked for him..)

Purchase these Photo Stacking Blocks HERE! They are WORTH the investment! 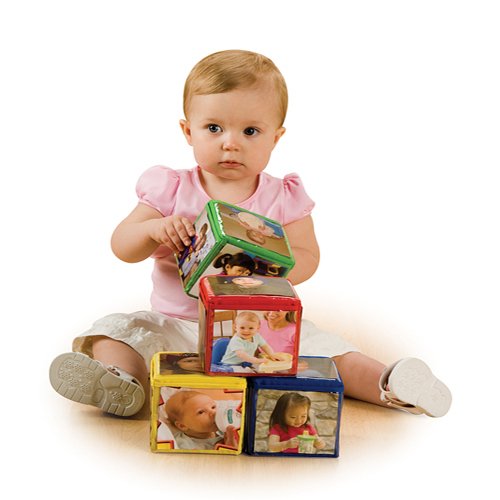