Last week, NJoy worked through some more of the ABC Review Printables I made for him.  You can download the updated activities by clicking here.  We also did a couple of ABC Review activities from other places.  I’ve provided links for those activities as well.

From my ABC Review Packs 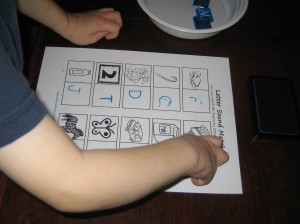 Letter Sound Matching– use letter stamps, letter stickers, or the letters provided on the download to match beginning sounds 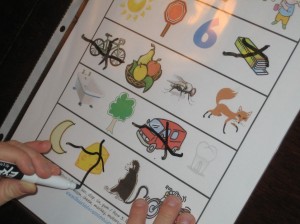 It Sounds Different-Which picture starts with a different sound than the rest? (a great phonemic awareness activity!) 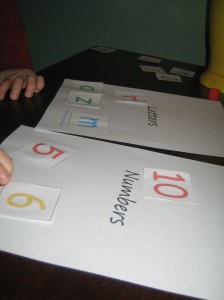 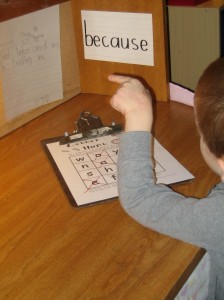 Letter Hunt 2- He was much more independent doing it this week than he was last week.  I found a mistake on this game board as NJoy was working.  It’s fixed now and the download has the correct version. 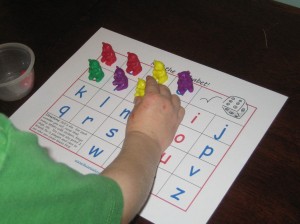 Roll the Alphabet– Amy from Teach Mama posted about this kind of activity.  I had not even thought about it, but it is a GREAT way to teach some basic print awareness (left to right & return sweep)! 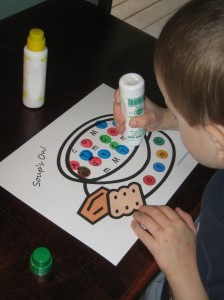 Soup’s On!-I’ve got a few of these on the download; each with different letters.  He really likes doing these. 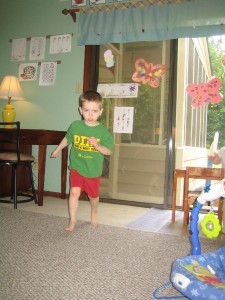 Another great way to get him moving as he learns! 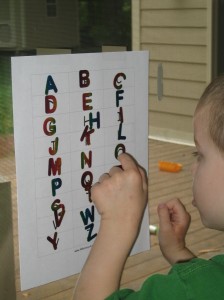 singing his ABC’s while touching each letter 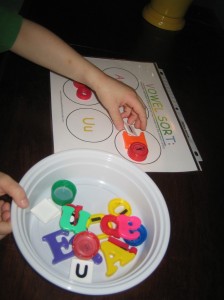 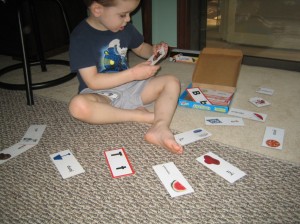 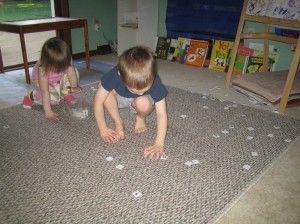 Letter Tiles Scatter/Toss-Not an activity I had planned for them and not so much “fun” when I told them it was time to clean up! 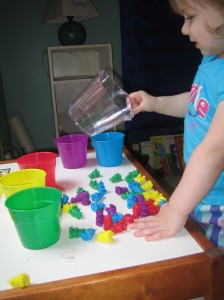 Sorting Bears by color-the girl LOVES to sort by color 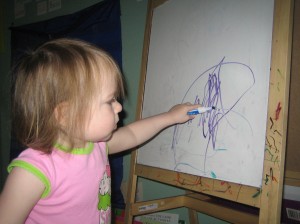 Drawing: I love my mornings with MBug.  This morning in particular, she wanted to draw on the dry erase board (usually a no-no) and she kept asking me to write certain letters for her. 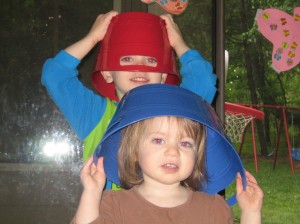 And some creative usage of the bins that usually have rotated toys for MBug.

Even though he’s young, I think NJoy can sense we are coming to the end of the year and he’s ready to just play instead of doing schoolwork each day.  This summer, I plan on continuing our schoolwork, but only 2-3 times a week; not every day.  And I plan on bringing back the teaching mats (an adaption of Carisa’s teaching trays) a little more than I do now for him and MBug…I just need to get things organized (again)!!