ALuv has always been the type child that doesn’t like to be away from home.  It didn’t matter where I’d drop him off–church, preschool, or sometimes even a friend’s house.  98% of the time, it would be a fight to get him motivated to leave the house…still can be sometimes.  (This was just one of the many reasons we decided to homeschool.)

BUT NOT THIS PAST WEEK!

This boy has THOROUGHLY enjoyed LEGO camp!  He has not been able to stop talking about it.  Just as an example, I walked into the kitchen one day this week and he’d done this (1:00 being the time that camp started each day). 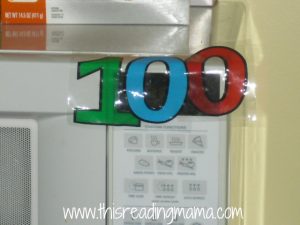 He announced it was now 1:00 and we were late for his class. 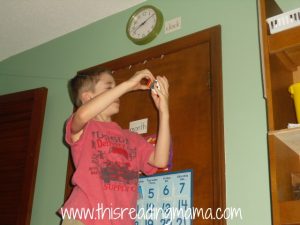 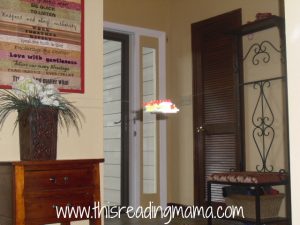 for his creations to zip down. 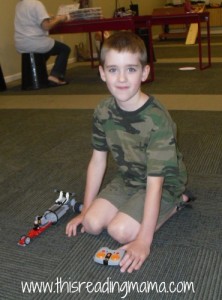 And he was oh, so proud to show off his motorized LEGO creations to his brother and sister when we’d come to get him.

No, this past week, the hard part wasn’t in trying to get him to leave the house.  The trick was in trying to convince him that he wanted to come back home. 😉