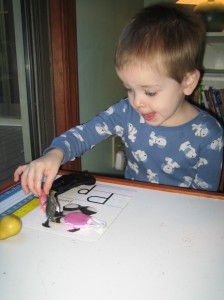 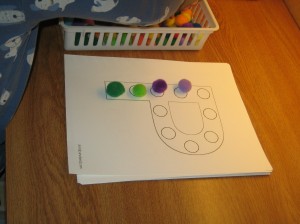 Pom-Pom Alphabet Cards: NJoy LOVED this and asked for his “ABCDEFG Pom-Poms” every day. 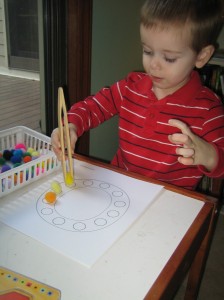 Here he is doing his favorite letter of all-O.  This was actually his first time successfully using the large tweezers, so he was very pleased with himself! 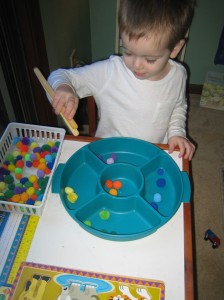 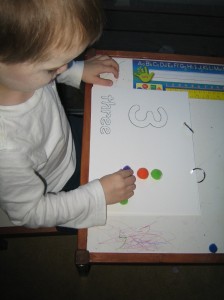 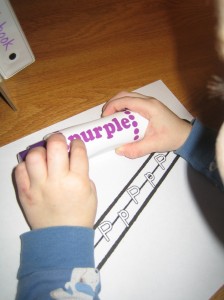 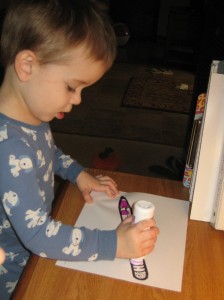 Dotting the P’s on the Pencil 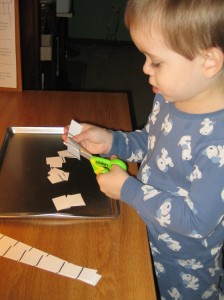 Cutting paper with his scissors (these are GREAT scissors for the beginner!).  I’m pretty sure he’s going to be a lefty as he had the hardest time cutting with his right hand,  but went to town when the scissors went in the left hand. 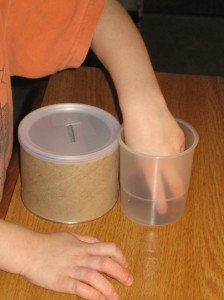 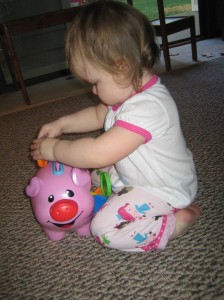 while MBug enjoying her piggy bank. 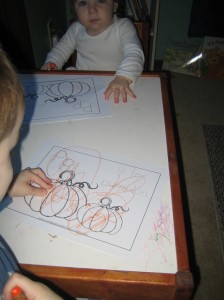 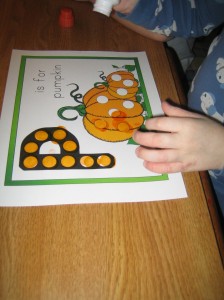 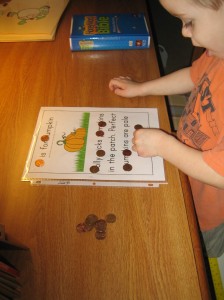 P Letter Hunt, covering each Pp with a penny 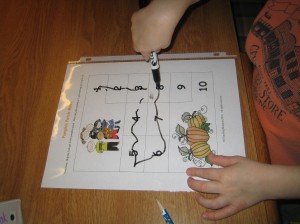 P is for Puzzles 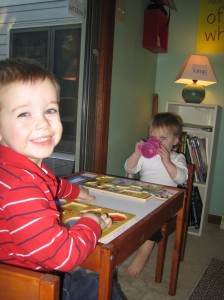 From simple wooden puzzles to 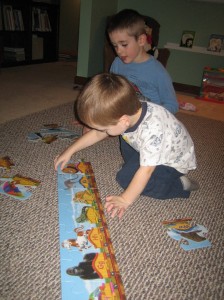 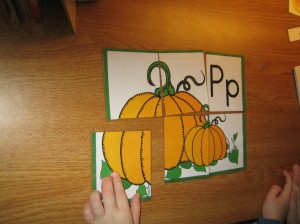 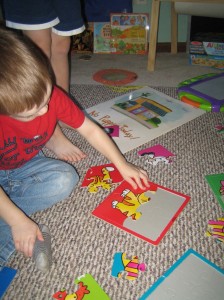 After reading our big book No Puppies Today! by Joanna Cole (a cute story about a little girl who simply wants a puppy, but gets many other animals as pets first), I pulled out the Discovery Toy’s Progressive Puzzles that we got at a yard sale for $1 and NJoy put those together. 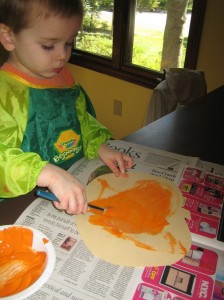 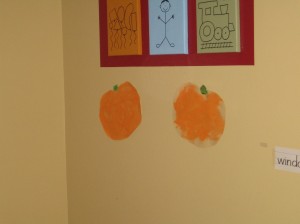 I don’t know about you, but we LIKE to eat over here!  ALuv was really funny this week about picking out “P” foods for us to eat. 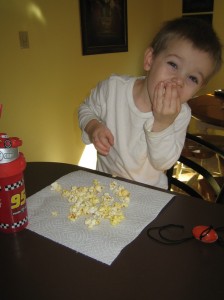 Two days for snack we had popcorn.  (We also sang Popcorn from We All Live Together, Vol. 2 by Greg and Steve.  This album is a classic!) 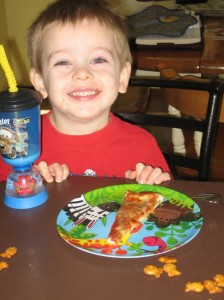 One day for lunch we had pizza and 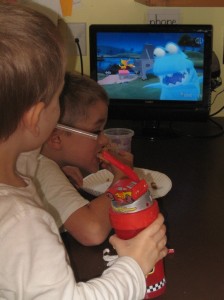 As we watched Word World at lunch one day, guess what one of the episodes was about?  You guessed it–the letter P! 🙂 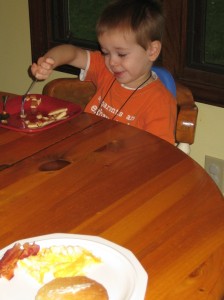 And one night we had pancakes for dinner; made especially by daddy.

I found this idea on Carisa’s blog and knew that we’d HAVE to try it out over here. 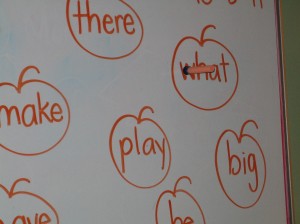 I drew some of ALuv’s Word Wall words in pumpkins and he shot at them with his Nerf dart gun. 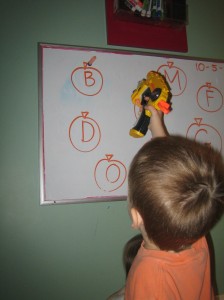 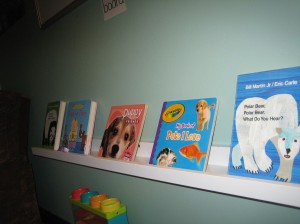 MBug’s P Books on her little shelf (a picture ledge from Ikea-I got the idea here).  The new thing I’m trying to do is go through our board books and pull out books that fit our letter theme somehow.  NJoy also likes to pull these off and look through them. 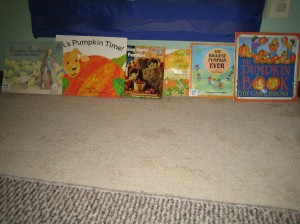 *I also did some pumpkin reading and writing activities with ALuv this week and I’ll send those today in a separate post. 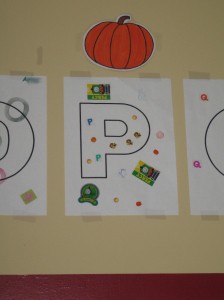 At the end of the week, we posted our pumpkin picture on NJoy’s Word Wall.