Today, I’m sharing a Letter P Book List, perfect if you’re focusing on the Letter P with your child. These are books you can enjoy any time, but they feature lots of letter p words. If you’re looking for Letter P printables, you can find them here: 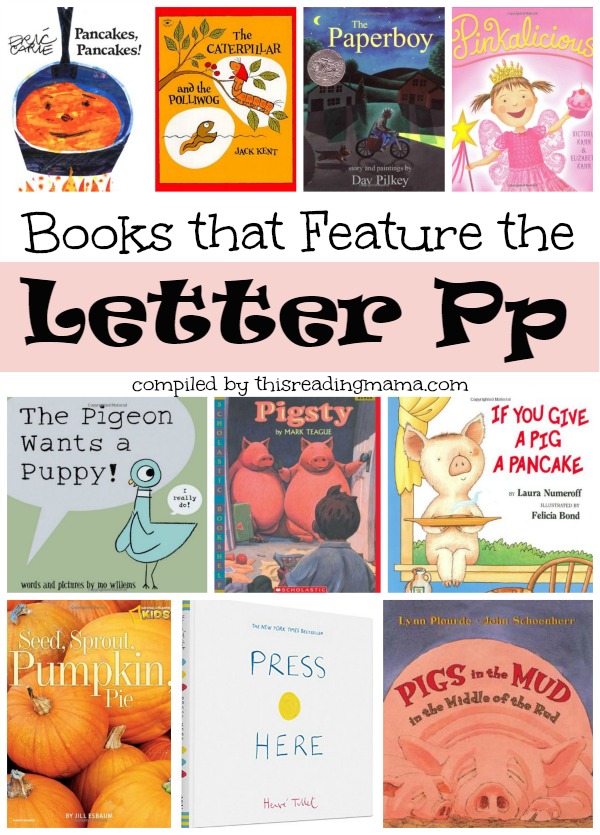 Pancakes, Pancakes by Eric Carle is about a boy name Jack who wants a big pancake breakfast. Because his mom is busy, he must cut, thresh, and grind the wheat not to mention get eggs, milk the cow, churn the butter, and more! This book would go very well as a comparison with The Little Red Hen for older preschoolers. 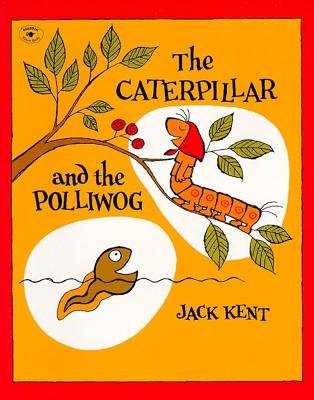 The Caterpillar and the Polliwog by Jack Kent is such a cute book about a cocky caterpillar and a curious polliwog {tadpole}. When I first read this book to little ones, I don’t tell them what a polliwog is {I have found where we live, most kids don’t know this term} and ask them to guess what it is, based on the front cover. As we read, I stop in certain places and ask again what they think a polliwog is. In this way, kids are adding to their thinking {also known as synthesizing} as the author gives hints in the text and pictures.

For me, there’s just something magical about The Paperboy by Dav Pilkey. Maybe it’s the paintings or maybe it’s the fact that it makes me think of the simple life {when I used to leave the house and just play outside}. In the cloak of early morning darkness, the paperboy and his dog get up to deliver papers as everyone else sleeps. The illustrations/paintings are amazing. I especially love the page with the sun beginning to rise as he gets back in his bed to catch some extra sleep while the rest of the world is waking up.

Pinkalicious by Victoria Kann is one of my four year old’s favorite books right now. And while I think it’s cute, it’s not my favorite book. I’m just being honest here, but I think the story line is a little weak. We’ve read it time and time again lately and I know of several educators who think it’s adorable, so it had to go with the letter p.

Any of the pigeon books by Mo Willems fits nicely into the letter p list, but The Pigeon Wants a Puppy was too fitting to pass up. The pigeon really wants a puppy and begs readers to let him get one. His reasoning for getting a puppy is hilarious. I personally like that he’ll water it once a month. But what happens when a puppy arrives on the scene and scares the pigeon to death? He may not want that puppy after all.

Pigsty by Mark Teague is a cute book about a boy who just doesn’t want to clean up his room. His mother calls it a pigsty and gradually, it becomes a literal pigsty, with pigs everywhere. After putting up with the growing number of pigs for a little bit, he decides they must go and he begins to clean up his room.

If You Give a Pig a Pancake by Laura Numeroff follows the tale of a little pig who just wants some pancakes… and syrup, and a bath, and a photo shoot, and a tree house, and… Well, you get the idea. Just like all of Numeroff’s other If you Give… books, this one is adorable and will have kids laughing at the words AND pictures.

Seed, Sprout, Pumpkin Pie by Jill Esbaum is typically one I pull out around Halloween, but it fits well with the letter p, too! These National Geographic books are GREAT for younger kids because the photographs are amazing {lots of colorful, up-close pictures} and the text is short, yet very informative.

Press Here by Herve Tullet is one of those ingenious, interactive books that is a total hit with kids…the first few times you read it. I will say that we have owned it only for four months now and it’s kind of lost its “magic” after so many readings through with my four year old. It is a great one to borrow from the library, if you can get your hands on it.

Pigs in the Mud in the Middle of the Rud by Lynn Plourde is a cute rhyming book that features a refrain that kids will love to say and act out each time. It’s about a family trying to pass through a muddy, dirt road in their car when several farm animals get stuck in the middle of the road. What happens when they can’t push or shove the animals out of the rud? Grandma to the rescue! So cute! You can even watch the author herself read the book on YouTube. 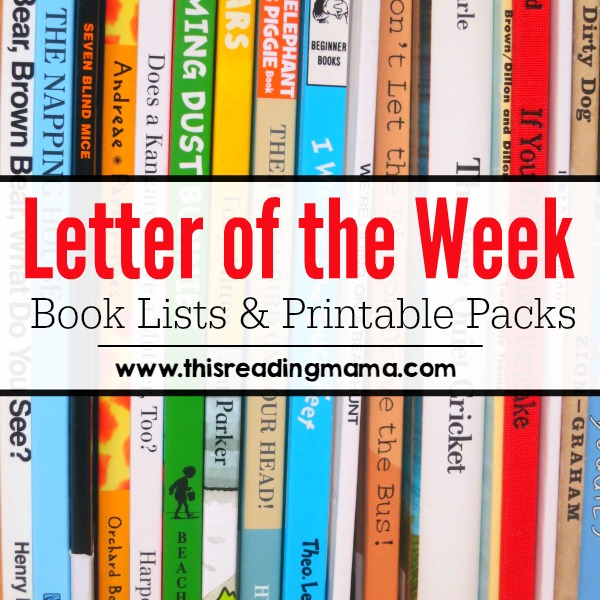 Find all our Letter of the Week Book Lists HERE. 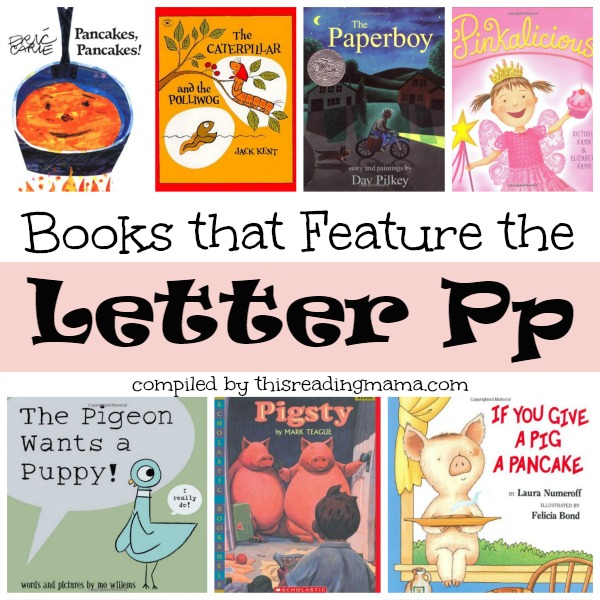