After wrapping up the first set of short vowel sorts from Words Their Way, we moved on to the three most common digraphs: sh, ch, & th.  We spent 3 weeks on these.  I steered away from wh at this time, only because it sounds a whole lot like w and I thought that might confuse him a bit.  All of these picture sorts came from here (except I have the 1st ed.).

Week 1: The first picture sort we sorted and resorted was to help him develop an ear (phonemic awareness) for words starting with s, h, and sh. 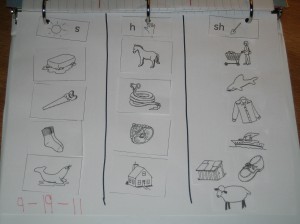 This picture is from his Word Study notebook, where he keeps all his sorts for referral when needed. 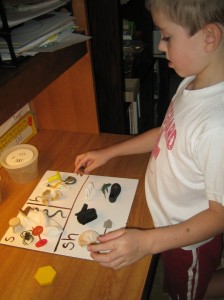 He also sorted S, H, or SH from my sound tubs. 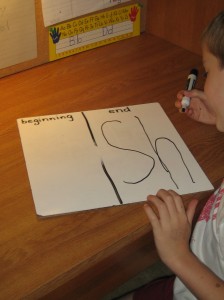 We adapted a worksheet that I had in my digraphs file.  On a dry erase board, he wrote beginning & end.  I called out words (from the worksheet), and he wrote the sh in the beginning or end position, depending upon where he heard them in the words.  Examples of some of the words were: trash, shark, ship, fish, shoe, & dish.  This is a great way to stretch a child’s phonemic awareness and could be done with any sound.  You could even add a middle of the word category.

Week 2: Our second sort was deciphering between h, sh, or ch. 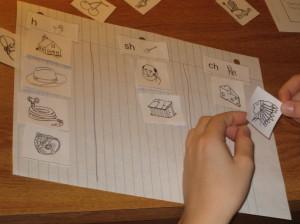 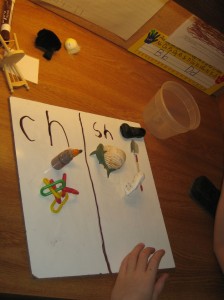 We also used my CH and SH sound tubs to sort between both sounds.  In my CH tub: chain, churn, chair, chart, chicken, & chick 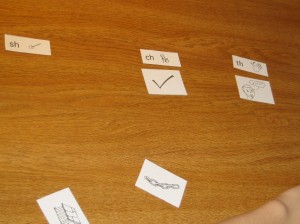 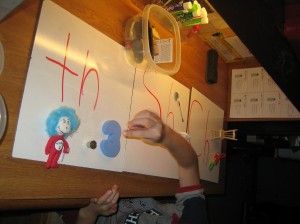 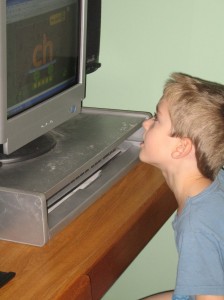 He played the Starfall games for sh, ch, & th.  He enjoyed these over and over again.

We also used these weeks to do some reviewing with the short vowels.  I have some free downloads I’ll share regarding this soon.