This past week, NJoy began working on some ABC review activities, since we’re officially done with the “letter of the week”.  We had a busy week, so between out of town guests (a pleasant surprise) and a playdate one day, he didn’t get to schoolwork every day.

Most of the activities are ones that I created. You can download the updated files HERE. 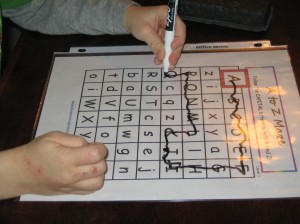 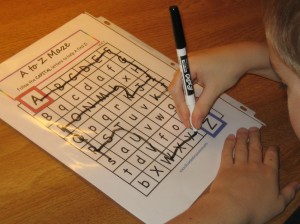 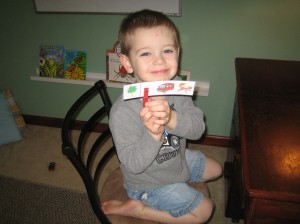 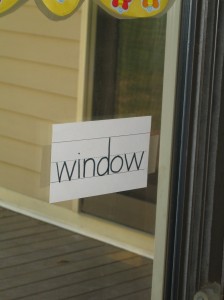 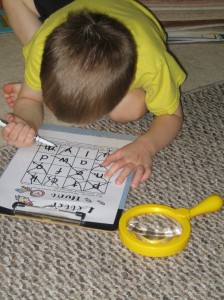 He needed more help doing this than I thought he would, but LOVED every minute! 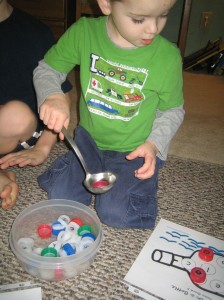 Letters in a Bottle– Scoop the bottle cap letters 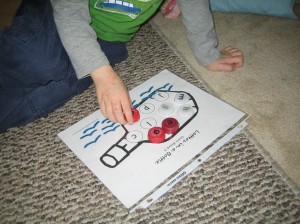 and place on your game board 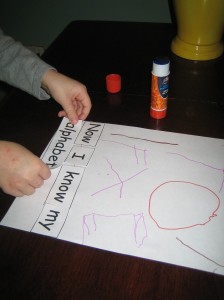 ABC Print Awareness–I was so proud of NJoy!  He wrote several letters and wanted to write more, but we ran out of room.  I am almost certain that he’s left handed, as the letters he wrote with his left hand look less “wobbly”. 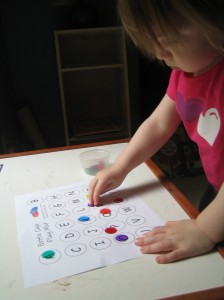 ABC Bottle Cap Open Mat– Since NJoy got to play with our new bingo chips, MBug “needed” to as well.  I gave her the open ABC mat and let her cover letters with the bingo chips. 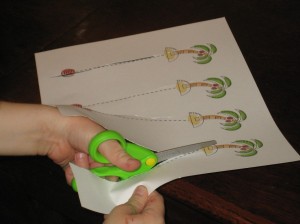 Cutting Practice-we did this after reading Chicka, Chicka Boom, Boom 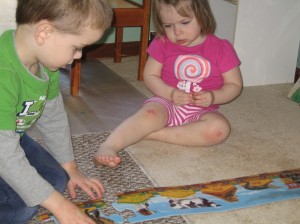 ABC Foam Puzzles (some of the best $1 store finds ever!!) 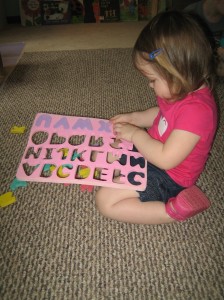 She did SO well at taking them all out!  Back in?  Not so much. 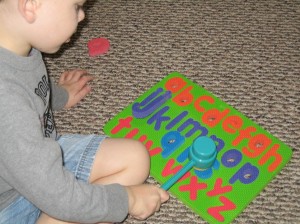 using a hammer to pound them back in 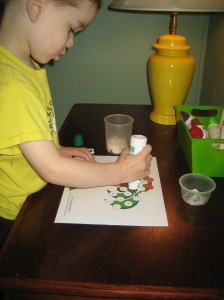 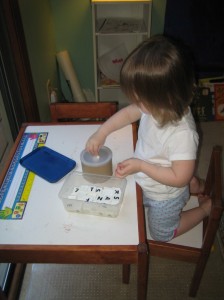 Clink, clink–in go the letter tiles (this kept her engaged while NJoy did the Letter Review from COAH) 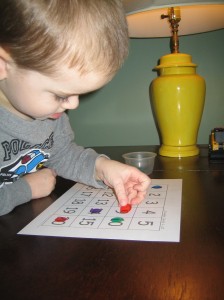 We’re working on recognizing numbers 11-20.  I used my Numbers 1-20 cards and transparent bingo chips.  I called out a number and he covered it.  Then, he’d call out a number and I’d cover it. 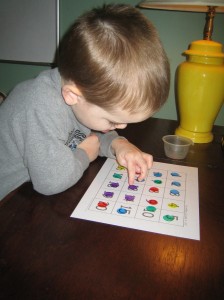 Counting 1-20 as he touches each number 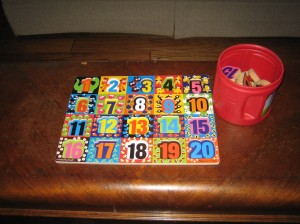 And  for no extra charge, I’ll throw in a picture to showcase MBug’s fashion sense these days. 🙂  Love it! 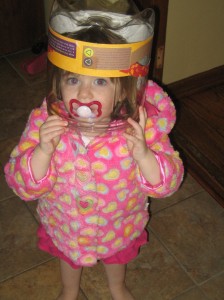 If you enjoy these printables, I would encourage you to follow along in one or more of these ways so you don’t miss a thing!

Thanks and God bless, 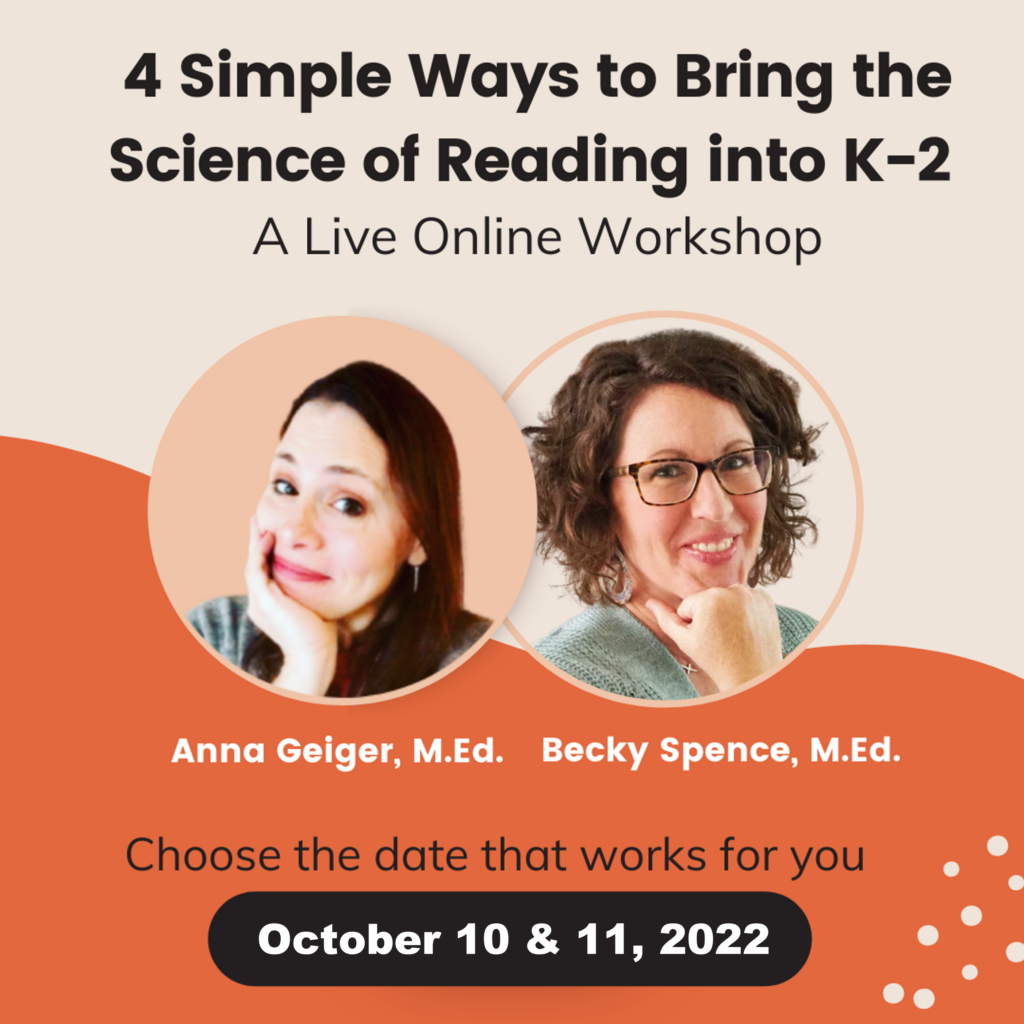