Is it snowing, yet?  Not where we live, but ALuv still zeroed in on some learning last week with some snow-related reading & writing activities and some cool science experiments with ice.

(You can download this FREEBIE HERE.)  This activity was designed to practice visualizing while reading.  I first modeled with the poem by Shel Silverstein called Snowball from Falling Up. 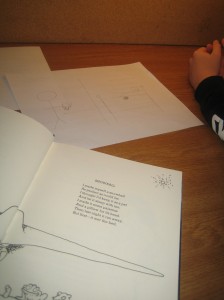 He was given the poem My Snowman’s Hat (one written by me).  He read it aloud two times.  Then, I read it aloud three times.  While I read, I asked him to form a picture in his head of what he thought the snowman looked like. 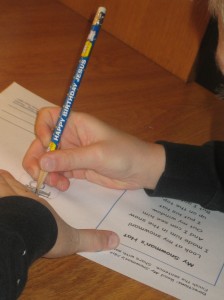 Then, he drew the picture he saw in his head.  I worked alongside him and did the same thing.  Then we shared our mental images with one another.  He told me he saw a snowman with just a hat on his head because the girl who built him got too cold to put anything else on him…BINGO!

ONE MORE FREEBIE: SNOW ON THE GREEN GRASS (an adapted nursery rhyme)

Children always enjoy reading the books they make themselves, so we did just that. 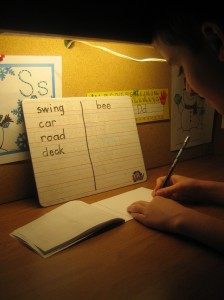 We read the first verse of the poem, brainstormed a list for a second verse (I jotted down his ideas on the dry erase board), and he composed away. 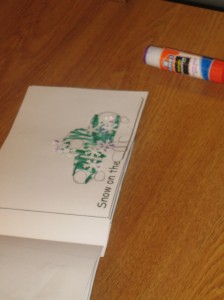 After all that hard work :), he used a snowflake puncher and glued the snowflakes on his pictures. 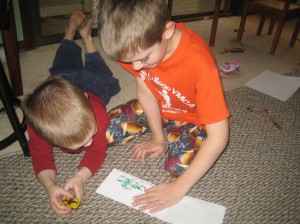 Then, he gathered the troops (MBug wasn’t willing to participate) and shared his creation.

You can download the book HERE.  The download also includes a lesson plan outline, explaining how you can implement it, too.

1. Which Ice Cube Will Melt First? 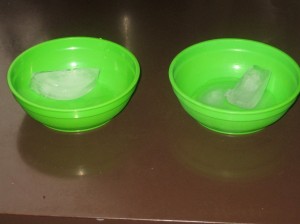 The first experiment we did was to take 2 ice cubes and place them in identical bowls.  One was placed on the kitchen counter, the other in the refrigerator. 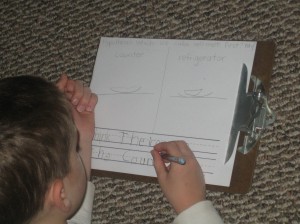 He wrote out his hypothesis, telling which ice cube he thought would melt first.  I thought it interesting that he believed the ice in the refrigerator would not melt at all. 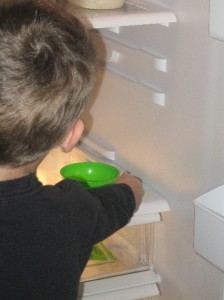 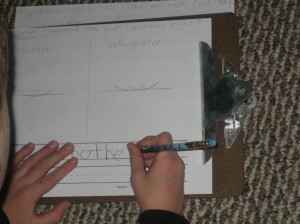 The next day, he concluded this experiment by writing his observations about the experiment.

Once the ice cube from the counter melted first, I asked him to think about what would happen if we placed the bowl of melted ice back in the freezer.  He hypothesized that it would freeze back into an ice cube.  He was quite shocked to see that it was frozen, but in the shape of the bowl.

3. Melt an Ice Cube Activity  Do you know how to spell fun?  Apparently, it’s M-E-S-S-Y! 🙂  This one is a messy one, but I have to admit, it will bring a smile to your child’s face!  If you visit Nicole, you can download the printable chart for this game.

The goal of this game is to see who can melt their ice cube the fastest by rolling a die and following the directions printed on the chart.  Boy, did ALuv like this activity!  The first thing we did was look through and read the directions for each number rolled on the die (a sneaky way to integrate some reading).  Then, away we went. 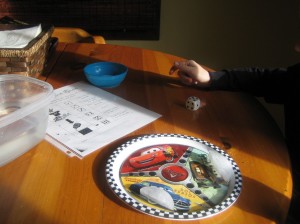 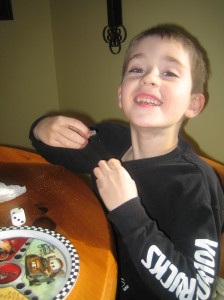 His absolute favorite was #2, dropping it down his shirt.  I think he secretly liked watching me shutter when I had to do this!

We concluded by discussing which numbers made the ice cube melt the fastest and why.  He asked to play again & again…maybe daddy would like to experience the joy…

Here are the snow books we read last week during our read aloud time: 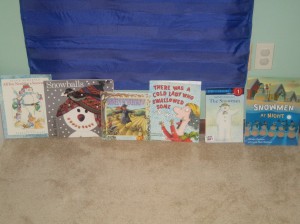 After reading The Snowman, he wrote and illustrated an answer to this question: 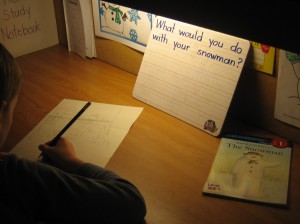 His answer: I would do my scool (school) wrc (work) with him.

My answer? I would have the snowman scrub all my toilets! 🙂

ALuv was “rewarded” for finishing his work by getting to do a few of NJoy’s printables; which he quite often begs to do.  It’s wonderful to me that he still enjoys doing the “easy” work, never calling it boring or baby-ish. 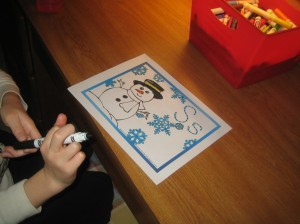 For example, he spent at least 20 minutes coloring this page.  I was highly impressed by the amount of detail he put into it!

« Let it Snow! (Plus another snow FREEBIE)
I’m Excited to Share… »